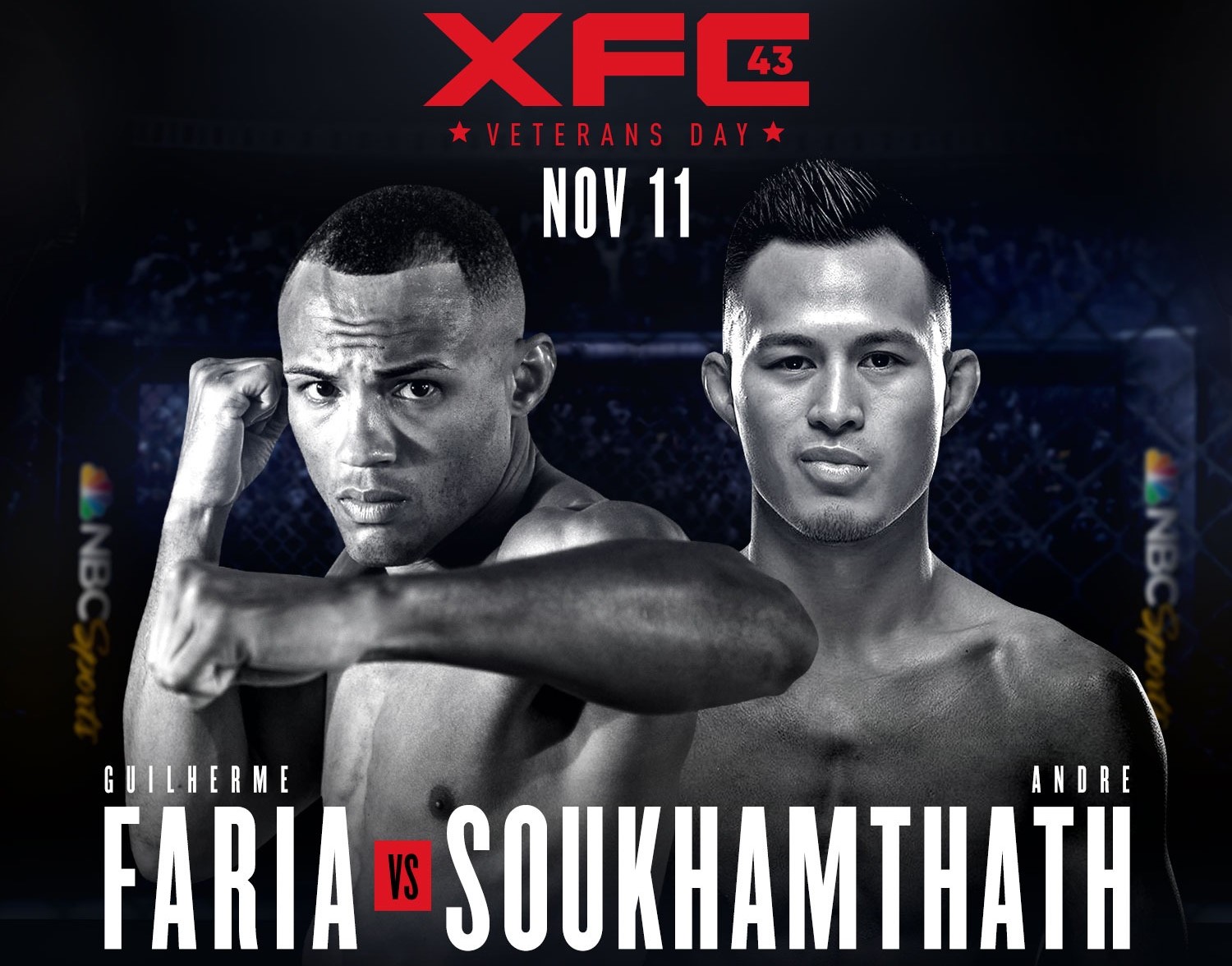 On Wednesday, Nov. 11, XFC returned to North America for the first time since 2013, touching down at the Tabernacle in Atlanta for its 43rd event.

In the night’s main event, Brazilian Guilherme Faria took on UFC veteran Andre Soukhamthath. Faria was a staple of the promotion’s international run and has also competed under the LFA banner. He looked to right the ship after losing three of his last four. Similarly, Soukhamthath looked to get back to the win column after an ill-fated 2-5 run in the Octagon.

The event kicked off with a free preliminary-card stream live above at 5:30 p.m. ET. The night’s main card followed live on the NBC Sports Network at 9 p.m. ET.