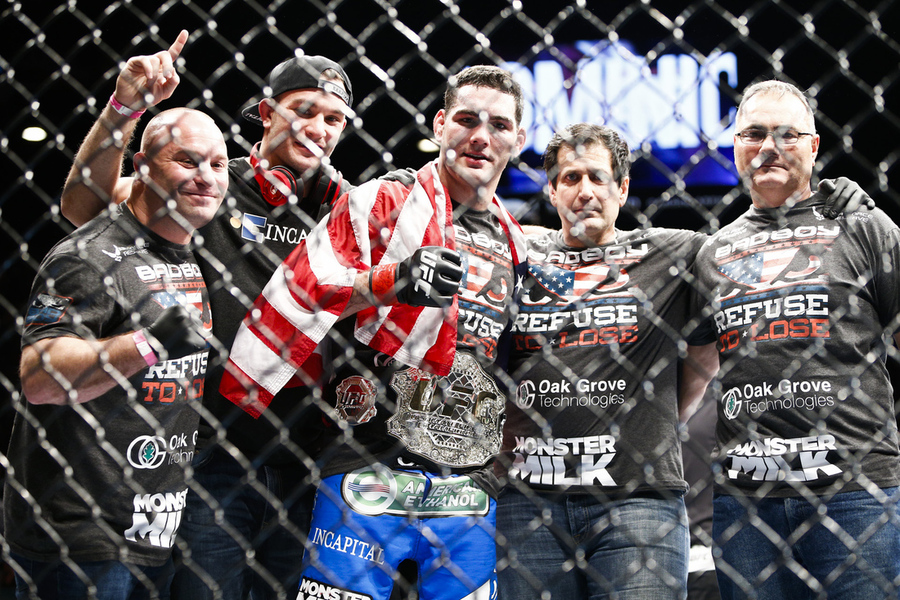 The UFC’s return to Los Angeles won’t feature two title fights after all.

According to a report by MMAjunkie, UFC middleweight champion has suffered an injury in training and is out of his title defense at UFC 184 against Brazilian Vitor Belfort.

The Feb. 28 event will now be headlined by women’s bantamweight champion Ronda Rousey, who puts her belt on the line against No. 1 contender Cat Zingano.

This bout between Weidman and Belfort has been on and off again multiple times over the past year. It was originally scheduled for May 24, 2014 in Las Vegas, but due to the NSAC’s ban on testosterone-replacement therapy (TRT), Belfort was forced out of the bout. Weidman would go on to defeat former light heavyweight champion Lyoto Machida in July at UFC 175. Belfort was again tabbed to meet the champion at UFC 181 on Dec. 6. However, an injury to Weidman pushed the bout into 2015.

Belfort has been out of action since November of 2013. The Brazilian currently rides a three-fight winning streak that includes three straight wins by head kick knockout. His use of TRT created controversy in the MMA community because Belfort had previously failed a drug test for steroid use.

UFC 184 takes place Saturday, Feb. 28 from the Staples Center in downtown Los Angeles. The night’s main card will air live on pay-per-view, with the preliminary card being split between a broadcast on Fox Sports 1 and a stream on UFC Fight Pass. The same venue was expected to host UFC 176 in August of 2014, but the event was canceled after UFC featherweight champion Jose Aldo was injured in training.