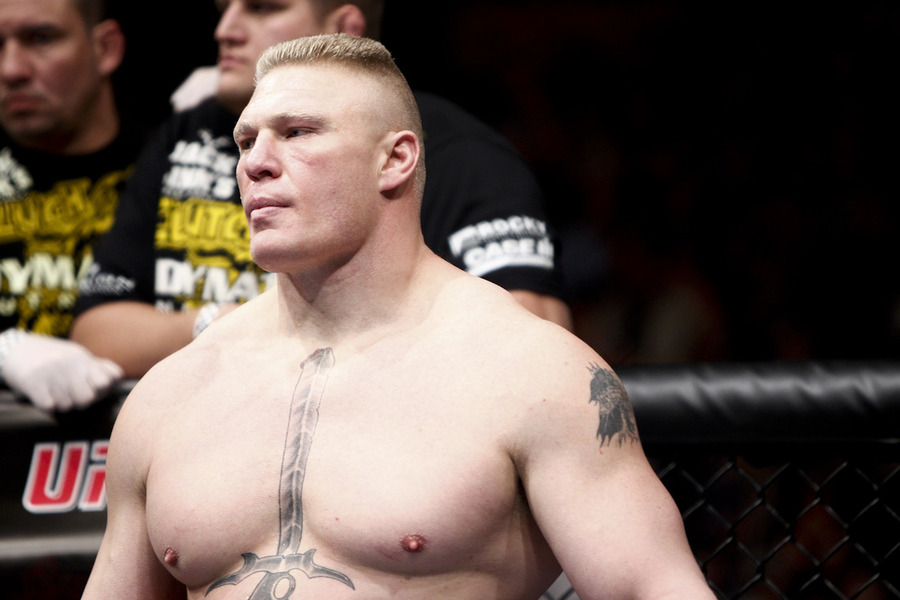 Everybody likes to have some fun now and then, and with the UFC seemingly getting off to a strong start in 2015, and with the recent signing of CM Punk and rumors of a potential Brock Lesnar return, here are 15 bold predictions for the rest of the year:

1. CM Punk wins in his UFC debut. As has been widely reported, Phillip Brooks, better known by his pro-wrestling moniker of “CM Punk,” has decided to stay near home and train at Roufusport in Milwaukee under highly praised coach Duke Roufus. Punk will win his UFC debut because he’s got a wealth of MMA knowledge at his disposal. Brooks, who lacks a true combat-sport background, will have access to fantastic kickboxing knowledge from Roufus, a decorated kickboxer, and dynamic striker Anthony Pettis. He will also be schooled in the wrestling department by dominant wrestler Ben Askren, and he will also continuing his grappling training in California with Brazilian Jiu-Jitsu masters Rener and Ryron Gracie. So, assuming his opponent is of a similar experience and skill level, Brooks has every chance at picking up a win in his UFC debut.

2. Brock Lesnar signs with the UFC and faces Frank Mir for the third time. Brock Lesnar’s WWE contract ends after Wrestlemania 31 in April. As rumor has it, many within the WWE believe Lesnar will not re-up with the pro-wrestling promotion. It’s not a stretch to assume that Lesnar might still feel sour over how his MMA career ended in the UFC. Knowing his competitiveness, many believe he wants to have one last crack at dominance in the UFC. This year provides Lesnar with the perfect opportunity to make the move back into the Octagon.

3. Conor McGregor defeats Jose Aldo by decision. This is a really bold prediction, but what’s particularly striking about this match-up is the fact that Aldo has never faced a guy as long, imposing and athletic as the Irishman. Combine that with a lethal and creative striking arsenal and we might have just found Aldo’s kryptonite.

4. Rafael dos Anjos defeats Anthony Pettis, then loses to Khabib Nurmagomedov in a title fight. Dos Anjos’s rise from the primarily grappler in his first few fights in the UFC to a grappler with tremendous striking has been nothing short of incredible, and much of the credit goes to underrated coach Rafael Cordeiro. The Brazilian’s new lethal striking arsenal, combined with his superior grappling, will be key to dos Anjos becoming the first Brazilian UFC lightweight champion. However, Nurmagomedov will be too dominant in the wrestling department for dos Anjos yet again, just as he was in their first showdown.

5. UFC holds a stadium show in Croke Park in Dublin. Those in charge of the stadium have publicly come out and said talks are in place for Conor McGregor’s first title defense should he defeat Jose Aldo. Expect the Irish venue to play host to McGregor in late 2015.

6. Renan Barao finishes T.J. Dillashaw at UFC 186. The big shot that Dillashaw landed in the first round of their first fight changed everything. Barao was fighting off spirit and heart after that shot, and he never fully recovered in the fight. Expect things to go differently in the rematch, assuming Barao is more respectful of Dillashaw’s skills.

7. Chris Weidman vs. Anderson Silva III goes down at UFC 189 on International Fight Week in July. Silva will get a title shot with a win over Nick Diaz at UFC 183, and he can be expected to secure that win. If Weidman gets past Vitor Belfort, the perfect spot for this fight would be the UFC’s big July extravaganza, which also hosted their first encounter. It would attract thousands of Brazilians and cause a raucous atmosphere in the building on July 11. A fight of this magnitude is perfect for that week in particular.

8. Kimbo Slice returns to the UFC. The UFC is in bad need of a ratings and pay-per-view buy boost in this day and age, and it could court Kevin “Kimbo Slice” Ferguson away from Bellator. The Viacom-owned promotion might let Ferguson go without putting up much of a fight.

9. Jon Jones loses his light heavyweight championship. Jones just isn’t as hungry as he once was, and with rising contenders like Alexander Gustafsson, Anthony “Rumble” Johnson and a potential rematch with an even hungrier Daniel Cormier, pressure will play a big part too. Jones’s cocaine use is a sign of more problems to come, and the controversy swirling around the young superstar could create enough distraction to further hamper his performances inside the Octagon. This is the year Jones loses his belt. And who dethrones him? Well, most likely, it will be Gustafsson.

10. Cain Velasquez retires after another terrible knee injury. This is as bold as it gets, but Velasquez’s body is gradually breaking down, fight after fight, camp after camp. His wrestling days have also taken a tough toll on his body. He just can’t seem to escape major injuries and remain healthy.

11. Georges St-Pierre returns and reclaims the welterweight title. GSP is, of course, enjoying life as an inactive fighter. However, the UFC, especially given its need to find reliable draws, will persuade St-Pierre to enter the fray once more. He will make his return in late 2015 and regain the fire he once had. With his status as a welterweight titleholder who never lost his belt, St-Pierre won’t have to wait for a title fight. That will lead to a quick return to the throne for the welterweight star.

12. Diego Sanchez retires from mixed martial arts. Sanchez is a fighter on his last legs. He’s clearly not the ferocious monster he once was, and after a continued decline in 2015, he will call it a day on his storied career.

13. Two UFC pay-per-views will hit the one million mark this year. It’s quite clear that the UFC is putting more emphasis on pay-per-view cards this year. The promotion is stacking the lineups to a degree not often seen in 2014, and with rising superstars like Conor McGregor and Ronda Rousey, the company is more than capable of producing two pay-per-views that hit one million buys. And if Lesnar returns and CM Punk does in fact make his debut, the likelihood of this prediction becoming reality increases greatly.

14. Chael Sonnen returns to the UFC in a commentating role. The UFC has a habit for being lenient with guys who have been company men but have made mistakes. There isn’t a bigger company man than Sonnen, and the UFC will rehire the retired fighter and put him in a commentating role, perhaps alongside Joe Rogan and Mike Goldberg on UFC pay-per-views. It’s a definite possibility.

15. Ben Askren signs with the UFC. It’s an inevitability. Let’s be honest, Askren can only beat up so many guys in ONE FC before the UFC is forced to come calling due to popular demand. Askren is a pretty big star outside the UFC right now, and his star is only growing bigger. It also doesn’t hurt that he is outspoken, too. The UFC seems to like that quality in its fighters.