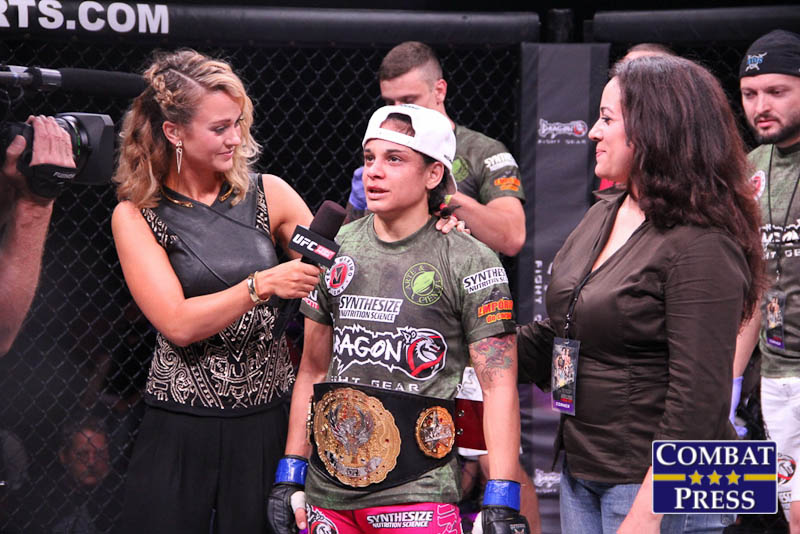 Today the all-women’s promotion revealed that Invicta FC 14 will take place Saturday, Sept. 12 from the Municipal Auditorium in Kansas City, Mo. The event will stream live and exclusively on UFC Fight Pass.

The Brazilian Souza will enter the contest looking to defend her title for the first time. Seven of the 24-year-old’s wins have come via submission, including five in the first round. She captured the 115-pound title with a fourth-round finish of Katja Kankaanpää at Invicta FC 12.

Like the champion, Grasso has yet to taste defeat in her career. The 21-year-old has earned three straight wins in the Invicta cage, besting Mizuki Inoue, Alida Gray and Ashley Cummins to earn her shot at gold.

The co-main event will be another strawweight bout between the aforementioned Kankaanpää and unbeaten fighter DeAnna Bennett. Finland’s Kankaanpää will look to bounce back from her title defeat to Souza. Bennett, a former flyweight, made a success debut in the 115-pound division at Invicta FC 11 with a decision win over Norma Rueda Center.

Also slated for the card is a flyweight contest Rachael Ostovich and Andrea Lee.

More bouts for the event, as well as ticket information is expected to be released in the coming weeks by the promotion.