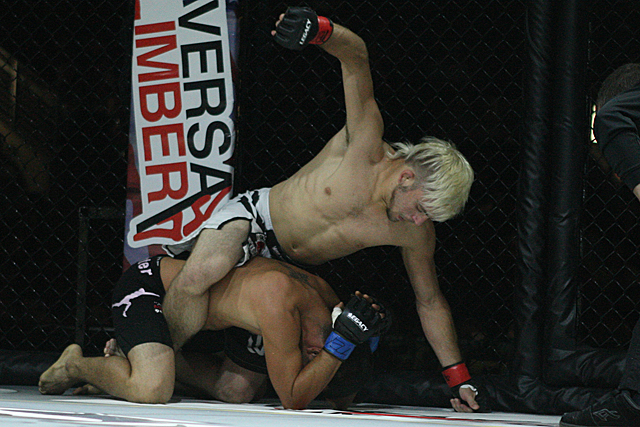 Five Men’s Bantamweight Prospects the UFC Should Sign in 2022

I don’t normally include fighters who did not fight the in the last calendar year, but for 23-0 Khusein Askhabov, I will make an exception. He was supposed to compete on Dana White’s Contender Series, but unforeseen circumstances did not allow him to take part on the show.

The 26-year old Chechen, who now trains in the US, is a legit blue chipper that needs to be on the roster ASAP. He is an outstanding striker and equally impressive grappler, making him an all-around threat in the cage. Even if he has fought some low-level talent along the way, he’s also fought some good, experienced opponents as well. Most of his wins have come by way of finish, whether it’s knockout or submission.

Askhabov is too good to be put on the Contender Series and belongs on the UFC roster as soon as humanly possible. The newly-minted American Top Team member has future title contender written all over him.

Earlier this year, I stated that I was not only surprised that England’s Jake Hadley was not in the UFC, but that he had to be on the Contender Series to get into the UFC. I am equally surprised that Jack Cartwright has not been inked by the UFC, but he should get that chance as soon as humanly possible.

Cartwright is one of the top fighters in the U.K. right now, so I can’t believe he isn’t on the UFC roster already. He is a power striker with good submission wrestling, making him an all-around threat. He has a 14-fight winning streak dating back to his amateur days, meaning he’s never tasted defeat. All but one of his wins as a pro have come by finish. The Cage Warriors champion fought just once in 2021, but it was a disqualification win as a result of his opponent repeatedly landing headbutts on him.

When top U.K. prospect Jake Hadley had to compete on the Contender Series this year, I figured maybe Cartwright would get the same assignment. He didn’t and, like Hadley, he shouldn’t have to. Rumor is that the UFC will finally return to the U.K. in March, so getting Cartwright on that card makes more than enough sense.

Nova Uniao is a hotbed of talent in MMA, housing a number of top prospects. One of the top fighters coming out of their gym is Luan Lacerda, who is poised to jump to a bigger stage quickly in 2021.

Unsurprisingly, Lacerda is an outstanding submission grappler, given his ties to Nova Uniao. Nine of his eleven wins come by way of submission, with finishes by heel hook, rear-naked choke, guillotine choke, triangle choke, armbar and anaconda choke. That is an impressive variety, though it should be no surprise given his credentials. His lone 2021 appearance saw him tap Tayron Pedro out on the LFA Brazil card, likely putting him on the UFC’s radar.

Lacerda is nearing, or in, his prime at age 28. He’s UFC-ready right now, as he’s improving his striking, and his black belt in BJJ will be tough to contend with.

For the second year in a row, Russia’s Denis Lavrentyev makes this list and for good reason. The dominant fighter continued his winning ways in 2021 and continued to prove he’s UFC-ready right now.

Lavrentyev possesses a judo background, which you can’t always tell from his fights. Yes, he has good takedowns and takedown defense – and can grapple with the best of them – but his striking ain’t half bad either. His 2021 was a successful one, as he beat 20-fight veteran Rafael Dias before destroying former top prospect Jesse Arnett in violent fashion.

Lavrentyev is 33 years old at this point, so he’s at his prime and needs to get to the highest level now. Time ticks fast in this sport and to not see Lavrentyev compete during his prime in the UFC would be a shame.

Honestly, how Levi Mowles has not been on the Contender Series, The Ultimate Fighter, or been inked to the UFC roster yet is beyond me. The American has consistently fought top-end talent and been successful in doing so.

Part of why Mowles has not made the UFC, in my estimation, has to be a couple of misses on the scale. Outside of that, he has a strong track record of beating top competition and excellent jiu-jitsu ability. His only losses come to UFC and Bellator fighters. He went 2-0 in 2021, choking out UFC veteran Teruto Ishihara before dominating Johnny Campbell.

Both of his fights this year came under the Fury FC banner, which has become quite the pipeline to the UFC. The UFC is clearly aware of him, and once Mowles proves he can consistently make weight or move up a class, they need to jump on him.