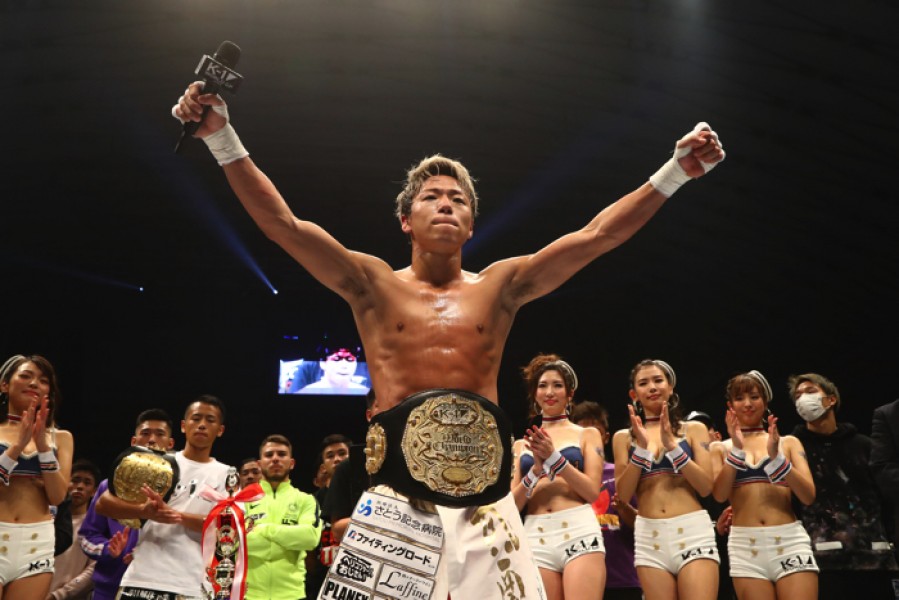 Male Fighter of the Year – Takeru

The Fighter of the Year award is always one of the most difficult decisions for our staff. There are so many things to consider, including the level of competition, the frequency in which a fighter steps into the ring, and, of course, how meaningful the fights were. Given these considerations, one man stood above the rest in 2018: Japan’s Takeru.

The 27-year-old has sat atop the Combat Press bantamweight rankings since we began ranking the weight class earlier this year. Additionally, he’s been a staple of the pound-for-pound top 10 for even longer. His in-ring resume in 2018 truly stood apart from the other finalists because he moved up in weight, seeking additional challenges.

For those that aren’t familiar with his work, Takeru came up through Japan’s Krush promotion, beginning his professional career at just the age of 20. He suffered his only career defeat in just his sixth bout, and has since gone on to win more than 30 fights in a row. Along the way, he’s captured the Krush 58-kilogram title, the K-1 55-kilogram and 57.5-kilograms titles, and most recently, in 2018, the K-1 60-kilogram title.

Claiming the 60-kilogram belt and tournament is how Takeru’s year began. K-1 hosted its first Festa event in March. The eight-man bracket saw Takeru take on Greece’s Stauros Exakoustidis in the quarterfinals, where he cruised to a decision win. His level of competition was tougher in the semifinals, where he clashed with Krush titleholder Masanobu Goshyu. Takeru put away Goshyu with punches in the first round to move to the final, where he faced off with another Krush champion in Kosuke Komiyama. The bout with Komiyama was memorable, as the pair battled hard into the third round. However, Takeru captured a third K-1 belt by stopping his countryman with a right hook.

The tournament victory was only the beginning of Takeru’s dominance in 2018. In September, he entered the ring with WLF champion Daniel Puertas Gallardo of Spain at the K-1 World Grand Prix. In just over two minutes, Gallardo was left unconscious after a brutal series of punches from the Japanese star.

The year concluded at K-1’s end-of-year event, where Takeru put his 60-kilogram belt on the line against another one of his countryman, Koji. The pair put on a masterful display of skill and grit over the course of three rounds. Takeru’s performance allowed him to sweep the scorecards, but the 30-25 tallies do not do the fight justice. The hard-fought battle was easily one of the best fights of the year and put an exclamation mark on Takeru’s brilliant year.

After going a perfect 5-0 and capturing yet another championship, Takeru is our 2019 Male Fighter of the Year.