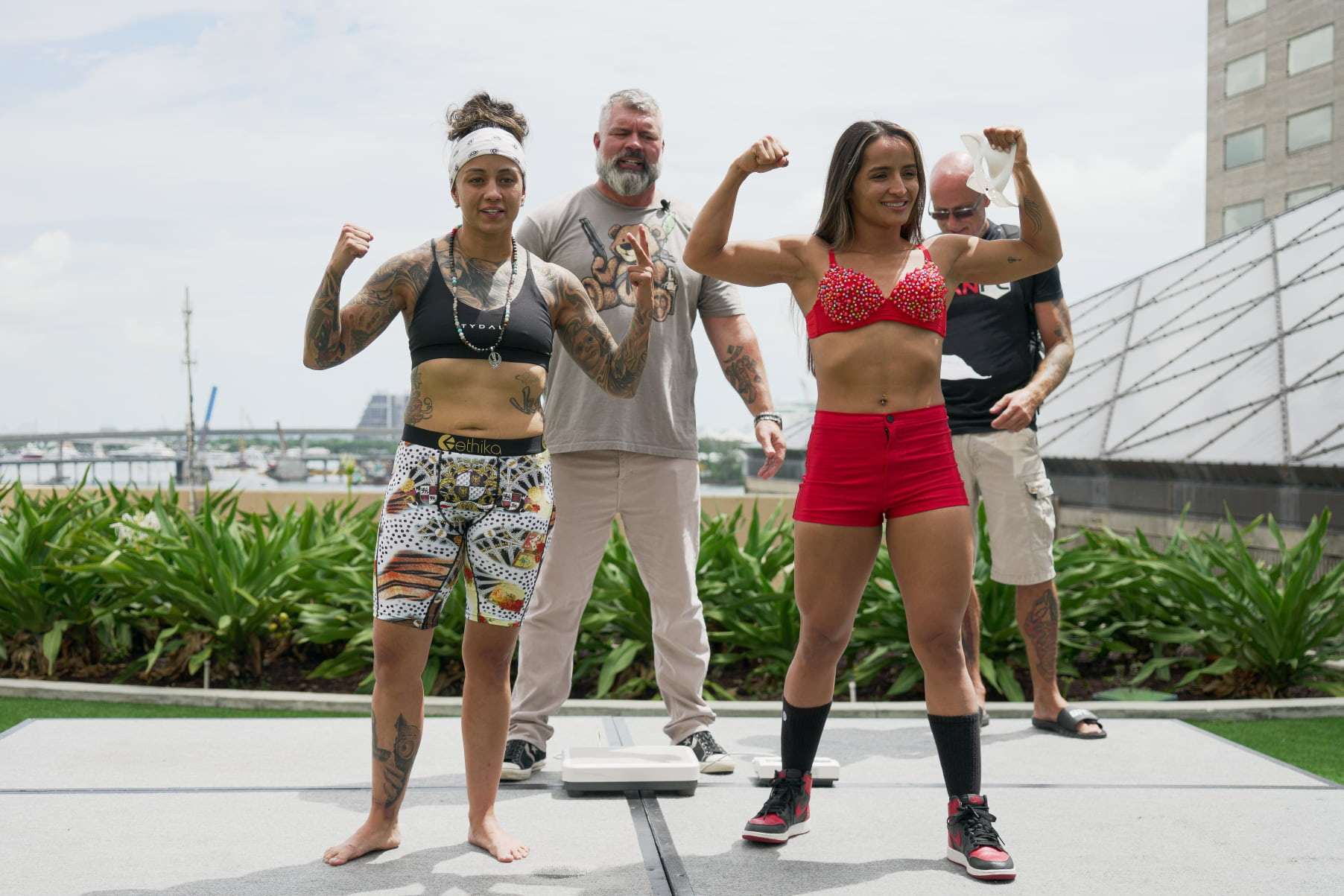 The Fourth of July weekend left us with a small slate of female fights, and it left me with only two bouts to preview. Both were similar in that they featured very accomplished Brazilian Jiu-Jitsu practitioners in contests they were expected to win — and win they did. Both ladies did so early in the fights, too. Let’s take a look at what happened.

Really, what can you say about a fight that lasts 10 seconds? This is precisely how long it took for Amorim to score the TKO finish. The expectation coming in, at least from me, was that this might be the toughest test for Amorim so far. Either I was wrong or Amorim pulled off something really impressive. Actually, both answers are correct. It wasn’t her toughest test after all, but that is because of what she did in the fight.

I don’t know if she had plans to showcase her striking and let it be known that she has hands. We will never know if that was the plan, because Amorim dropped Owen in the initial exchange and followed up for the stoppage. It was over just like that.

This was a win that serves as more than just another notch for Amorim in the record book. Now, people who are preparing to fight her can’t think of her as just a grappler. They can’t feel safe against her when the fight is on the feet. This forces them to have their guard up and their hands high. For an opposing grappler, it means the shots in on takedowns are easier.

Now, I don’t want to overvalue this one outing and pretend that Amorim just became this incredibly elite MMA fighter. She beat someone she was expected to beat. However, the way in which she did it is going to serve her very well in upcoming bouts.

What’s next for Amorim? It’s hard to give names in situations like this, but I would like to see Amorim paired with a really good striker. This would let her really test her hands and gauge whether she is ready for the next level of opposition. She doesn’t need to outstrike someone. She just needs to see if she can hang there and then take the fight into her world.

Alencar also notched a first-round finish in her Titan FC 70 appearance opposite Vega. The end came via rear-naked choke.

Alencar was making her professional MMA debut. In my preview, I wrote about the importance of doing things to get rid of the nerves before actually entering the cage. I don’t know if Alencar did any of these things, but whatever she did certainly worked. She came out aggressively and acted like this was something she’d done many times before.

Vega did what I said she would do in the beginning. She’s a good striker when she’s moving backward, and she needed these skills since Alencar wanted the clinch and the takedown. Vega did land a couple good shots to start. I am surprised when I look at her record, because I do see some skill. Vega is someone who can win fights.

After an exchange, they got close, where Alencar got a really impressive Thai clinch. She used it to land some knees and then get Vega to the cage. Once against the fence, Vega was doing the right thing. She was framing correctly. “Framing” means to stick the forearm ideally in the perfect spot to control the head of an opponent to direct where the head goes or at least get it off center and push it away. At the very least, framing an opponent minimizes what they can do offensively. This will make it much harder for someone to take you down, because you are controlling their head.

Eventually, Alencar was able to get the takedown. Once this happened, it was just a matter of when the finish would come — we are talking about two different worlds on the ground here. Alencar quickly got the mount and landed some strikes before Vega turned and gave up her back. The rear-naked choke followed, with a very quick tap.

I was impressed with Alencar. She didn’t let the nerves get to her. She was aggressive, even against a striker and even did a bit better on the feet than her opponent. When she got the clinch, she was patient in working for the takedown. She has things to work on — keeping the hands up, not rushing in so carefree, and things like that — but those are natural areas for someone to improve upon from their MMA debut. Most of us did the same things.

What’s next for Alencar? Again, I can’t really come up with specific names here. Alencar is a work in progress, so a reasonable step-up in competition would make sense.

Well, it was short and sweet this week. When you have five minutes total of fights to review, there isn’t much to say. Hope everyone had a good and safe July 4th weekend!