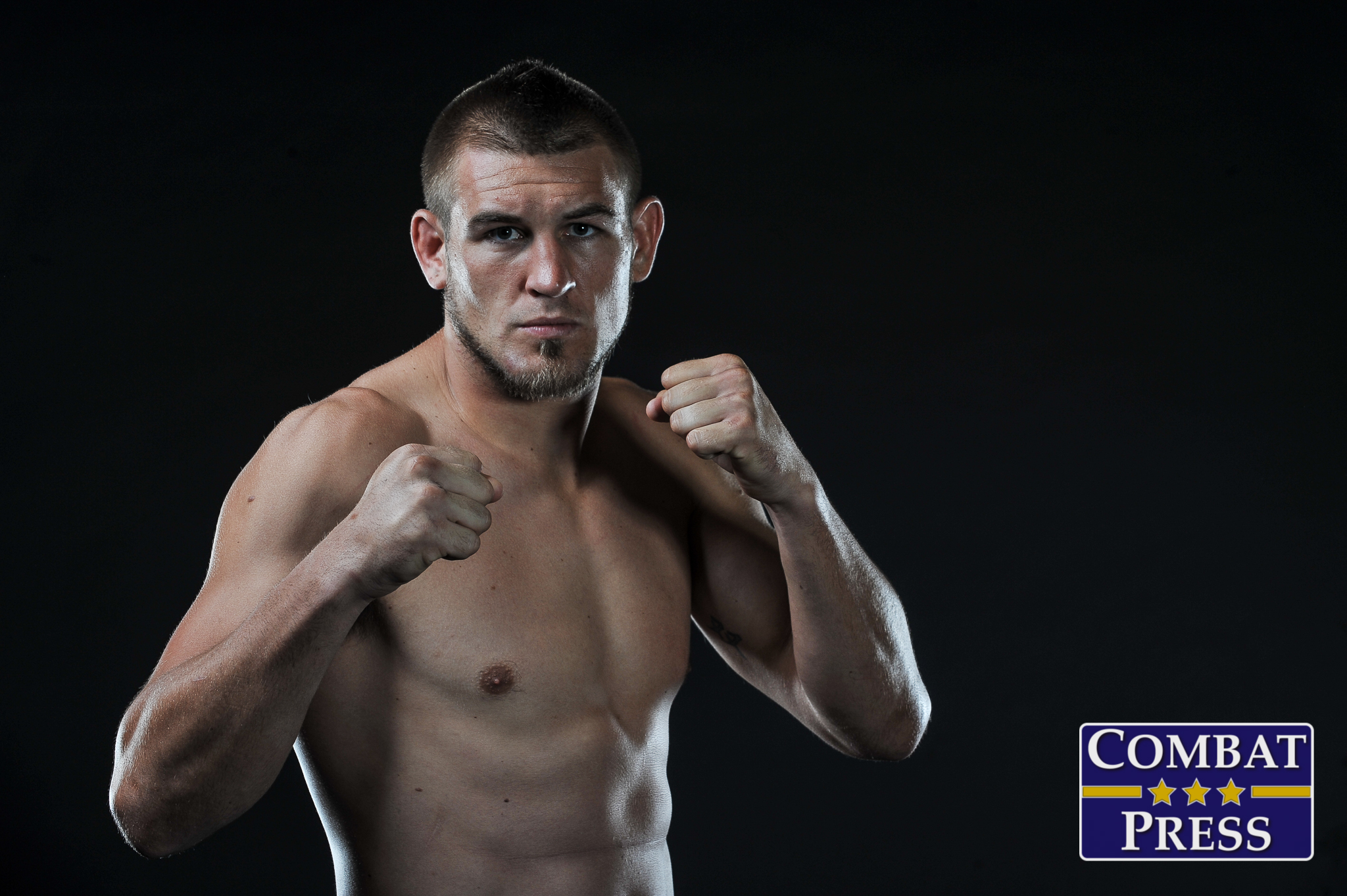 You never get a second chance to make a first impression. That is, unless your name is Dustin Jacoby.

Jacoby’s story is a tale of three lives. He burst onto the MMA scene at age 22 and went on a 6-0 run as a pro. He scored a UFC contract by age 24. However, he was cut before his 25th birthday. From there, he bounced around between a few regional promotions and lost back-to-back Bellator fights. This led to a step back from MMA for about four and a half years.

During his time away, Jacoby took on a new life as a pro kickboxer. He won a couple of tournaments under the GLORY Kickboxing banner before eventually capturing the league’s middleweight title in 2016. He got injured twice, though, and eventually stepped away from kickboxing as well.

Jacoby hadn’t even hit age 30 yet, and he had already lived through two combat-sports lives. Some might say he got to the UFC too early. Hell, even Jacoby has said as much. He was sitting in a pre-fight meeting with guys like B.J. Penn and the Diaz brothers before he even turned 25.

The UFC and GLORY veteran got back into the MMA cage in 2019, but he did so with a completely different mindset.

““I think it was just my struggle,” Jacoby told Combat Press. “I struggled with GLORY early on and then I went on that five-fight winning streak and fought for the world title. I had the back-to-back losses to Simon Marcus. The first one was a tough decision loss, and the second one broke my arm. Then, the next fight after that, in August 2017, I won the fight with Sean Choice, but I broke my arm again. That’s when I took some time off.”

Jacoby is now 4-0 in his third run as a pro fighter. He also started another stint with the UFC. He has three Octagon wins under his belt in the last nine months.

“I’m 13-2 in my last 15, between MMA and kickboxing,” said Jacoby. “I’m just on a good roll, man. I feel like timing’s everything. I put myself in a pretty good position, and I’m excited to keep the ball rolling.”

“The only guy to beat me in the last five years was Simon Marcus,” added Jacoby.

The Factory X representative’s return to MMA came in a one-night tournament consisting of a round of boxing matches, a round of kickboxing bouts, and an MMA fight for the finals. The event was held in June 2019 by Sparta Combat League in Denver. It was a crazy night that Jacoby capped off with a decision win over Cody East in the heavyweight division.

It was over a year before Jacoby entered a cage again. This time, it was on Dana White’s Contender Series, where he went the distance against Ty Flores.

“Flores was just unbelievably tough,” Jacoby admitted. “I felt that fight could’ve been stopped in the second round. I ended up getting a decision victory, but he was incredibly tough.”

Jacob earned his second UFC contract with the win. He then added a TKO finish of Justin Ledet in October and another decision win over a much larger Maxim Grishin in February.

“[Grishin] was an absolute monster,” said Jacoby. “He’s one of the biggest light heavyweights on the roster. There’s not many people in the light-heavyweight division that can beat that guy. He’s 31-9 now, and I knew that was going to be a tough bout. I was nervous of getting stuck underneath that guy. He was so big. It kind of threw me off my game in the sense that I didn’t fully commit to my shots, because I was scared of putting myself in a bad position. That was a very difficult decision.”

Jacoby may not be scoring as many finishes as he did in his first go-around in MMA, but he is fighting as a light heavyweight now, as opposed to middleweight. He’s also fighting at the highest level of the game. He is a completely different fighter than he was half a decade ago.

“My struggle is my strength,” Jacoby said. “I’m just thankful that after I got cut from the UFC the first time, it’s been a goal of mine to always get back. There have been several times where I asked to have certain fights and got told no. I’m thankful for that, because it put me on the path that I went on with GLORY.

“I had my ups and downs with [GLORY], but I continued to go and fight on, and to face high-level competition. I’m so happy I got a new contract with the UFC. I’ve won my last three there at the Apex. I love the level of competition that I’ve put myself in. All of that struggle and all of that hard work has led me to where I am right now.”

After his last battle with Grishin, Jacoby picked up a new contract. Recently, the UFC came knocking to provide him with his next fight. It’s a short-notice affair with Ion Cutelaba.

“I didn’t have anything lined up,” Jacoby explained. “We had a vacation — we went to Mexico in March — and when we got back, I went right back into the gym and started training, because I knew something was coming. I knew there would be something here, and I was thinking it was going to be more like the summertime.

“The last few weeks, I’d been helping Anthony [Smith], so I felt good about where I was at, but [the call] came out of nowhere, and I love the match-up.”

Jacoby was near the Oklahoma-Arkansas border, where he was training with longtime friend Brian Foster. It was a Sunday when he got the call. Devin Clark had pulled out of his fight with Cutelaba due to an injury. Cutelaba’s style plays right into Jacoby’s wheelhouse, so this is the perfect opportunity for the former kickboxing champion.

“He’s a very aggressive fighter,” Jacoby said. “He fights with a lot of emotion. He always has big, dramatic weigh-ins, where he gets in the guy’s face and screams at the guy. He’s not a heavy wrestler. He’s not a heavy grappler. He’s just a big puncher — a big boxer. He’s kind of Mike Tyson-like, with a short, stocky build. He fades pretty quick. He comes out hard, and I feel like the first two or three minutes of the fight are the hardest.

“Then, he gasses. That’s when I put on a boxing clinic and really take him out.”

Cutelaba has lost three of his last four fights, all by knockout. His last two were both first-round losses to Magomed Ankalaev. Jacoby, on the other hand, is perfect since his UFC return. Therefore, it’s puzzling that Jacoby is still the betting underdog.

“His cardio — he diminishes pretty quickly. I think it’s a very winnable fight, and I think it’s great exposure for me, because a lot of people know who this guy is. There’s nothing he can do that I haven’t seen.”

This is combat-sports life No. 3 for Jacoby. It is easily his best yet. He is mature in his skill set and has a ton of experience, but he is also still only 33 years old. The Denver resident is arguably just entering his prime. On Saturday night, in a fight that airs live on the main card of UFC Fight Night: Reyes vs. Procházka, he plans to continue his climb in the light-heavyweight division and chase his dream to become a UFC champion.

“If you’re into a good stand-up war and seeing somebody go down, you need to tune into this fight,” Jacoby said. “If I go in there and finish this guy in spectacular fashion, I wouldn’t mind hopping on that [Conor] McGregor card [on] July 10 with a full crowd.”