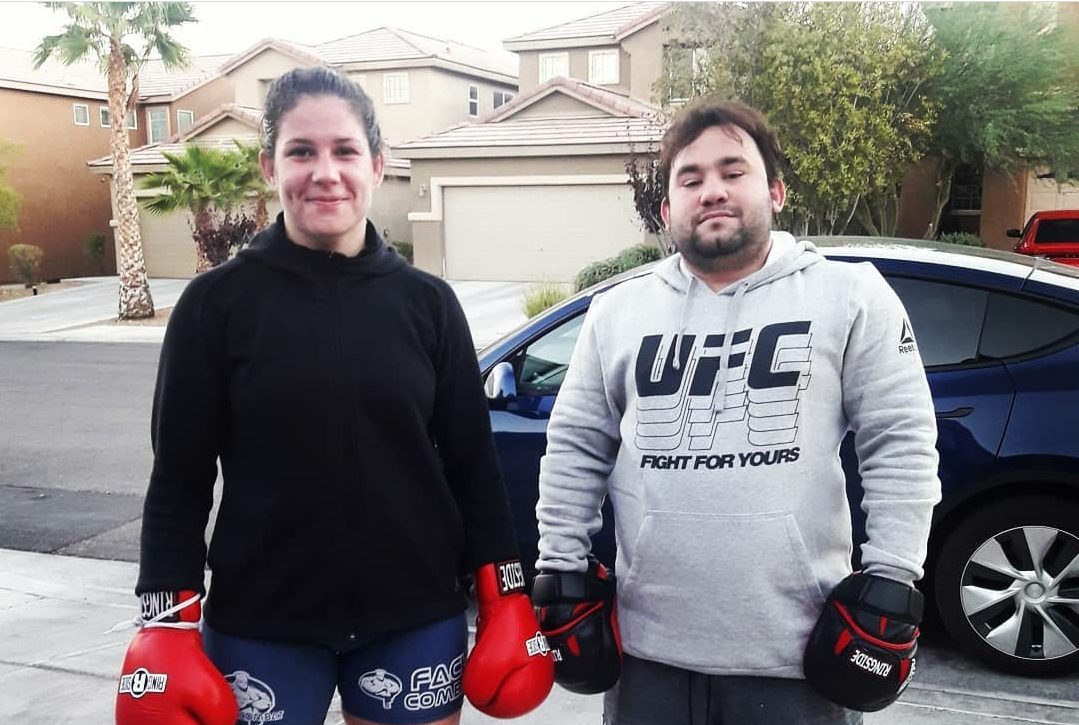 UFC Fight Night 184 provided us with two female bouts. Karol Rosa defeated Joselyne Edwards in one of the contests, while Lara Procópio topped Molly McCann in the other fight.

I want to do my best to really give you something of substance to read here, but the story of each fight was really simple. Let’s take a look at them.

I went into this bout with hopes of a slugfest. I wanted to see Rosa’s technique against Edwards’ aggression. However, the smart play for Rosa was going to be to use her ground game.

In round one, Rosa made it clear that she was going to take the smart route. She got the takedown right away. In doing so, she also showed a very strong top game in controlling Edwards and holding her down. Something else Rosa did that not enough fighters do is that she kept her forearm right in her opponent’s throat. This obviously makes it harder for Edwards to breathe, but it also helps Rosa to control her opponent’s head and makes it harder for the opponent to look and move. To be honest, it’s also just annoying as hell.

To Edwards’ credit, she was able to limit damage despite being in a really bad spot. Near the end of the round, Rosa got mount. It looked really bad for Edwards, but she pulled out a beautiful escape and actually did some damage on the feet. Rosa left the first round full of confidence, though. She came in with a game plan and was able to enact it with relative ease.

The second round was a real display of the talent of Rosa. She came out willing to stand and trade with Edwards. While both ladies had success, it looked really good for Rosa. Once Edwards started coming forward and landing, Rosa was able to easily go back to what worked in round one. She got the takedown and landed in a good position. This is where Edwards’ aggressive nature worked against her. She got too excited, rushed forward, and seemed to think this was where the fight would continue to take place. Edwards had zero regard for a potential takedown and was powerless to stop it.

Once Rosa and Edwards hit the ground, just like in round one, it was all Rosa. She used a strong top game and forced Edwards to just try to survive. Round two ended with the biggest issue for Rosa being a really bad cut on her lip that would not stop bleeding.

The third frame was just rinse, wash and repeat. Rosa got it to the ground again. While she didn’t do a lot of damage, she controlled Edward and was strong on top. Edwards couldn’t get anything going. When it did go back to the feet, Rosa did the same thing as on the ground: she got the clinch up against the cage and held Edwards there. The Brazilian was stronger in that clinch and controlled the action, thereby preventing anything Edwards may have wanted to do.

What’s next for Rosa? I don’t know how long Nicco Montaño will be out after being unable to take part in her recently scheduled fight, but she would still make a great match-up for Rosa if she’s not out for an extended time.

There really isn’t a whole lot to say about this fight. It was going to be McCann’s striking against Procópio’s grappling. There was no other way to look at it.

I thought McCann would have some success stopping Procópio’s takedowns. In the first round, after an initial exchange, Procópio got the clinch, which I expected to be her preferred route to get it to the ground. McCann made me look smart initially by stopping the takedown and having some success in the clinch. However, Procópio finally got it to the ground and did what she wanted. The Brazilian was able to successfully advance, get side control, almost got a D’Arce choke, and even stood and dropped down some strikes before ending the round coming close on a rear-naked choke attempt.

In round two, Procópio, much like Rosa, briefly entertained the stand-up. At the first sign of trouble, though, she got the clinch and brought it back to the ground. She got a bit lazy, though, in not expecting anything from McCann. Procópio assumed she had no danger coming her way, but then McCann got very deep on an armbar. The broadcast team was correct when they said of the armbar that almost anyone other than Procópio probably would have lost right there. Procópio, with her incredible jiu-jitsu skills, knew how to defend and protect herself, and she knew how to escape. She properly stacked McCann and prevented her from fully extending. McCann’s chances were also hurt by being up against the cage.

Procópio controlled from the top or in the clinch for the remainder of the second frame, save for some elbows from the bottom at the end by McCann. The armbar attempt was enough to give the round to McCann in my eyes, but the British fighter still had to be frustrated after the round because she couldn’t stop the clinches and takedowns.

The third round was just more of the same. Procópio got clinches and takedowns, and she looked for submissions while preventing McCann from doing anything. To McCann’s credit, she showed the toughness for which she has become known. While surely exhausted, she didn’t quit. McCann kept trying up until the final bell. What she went through was absolutely grueling, though. Many people would get frustrated and mentally give up at some point, but she never did.

What’s next for Procópio? Montana De La Rosa. Both fighters have great ground games and evolving striking. This could be a fun fight.