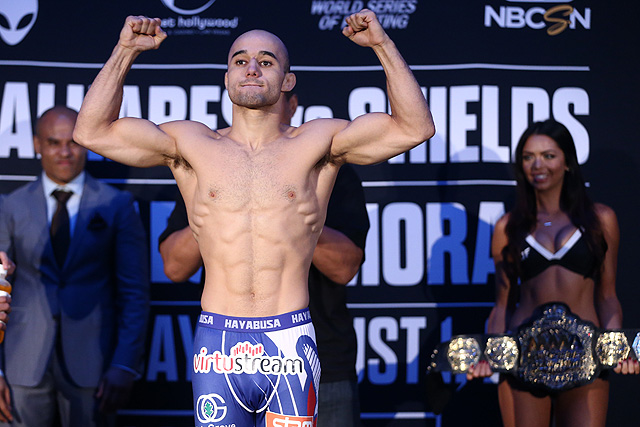 On Saturday, July 30, World Series of Fighting will host its 32nd event from the XFINITY Arena in Everett, Wash.

In the night’s main event, long-reigning bantamweight champion Marlon Moraes will rematch Canadian Josh Hill. The pair met previously at WSOF 18 in February of 2015, with the Brazilian Moraes earning a unanimous decision victory. Since then, Moraes has defended his belt twice, running his winning streak to 11. Hill, meanwhile, rebounded from the first and only loss of his career with four straight wins to earn another shot at the title.

The co-main event also features a championship rematch as Brazilian Alexandre Almeida faces the man he defeated for the belt, Lance Palmer. The pair met in December of last year, with Almeida earning a decision victory and the featherweight title.

The action kicks off Saturday with a preliminary card stream live on Combat Press beginning at 7 p.m. ET, before transitioning to the NBC Sports Network at 10:30 p.m. ET for the four-fight main card.

The fighters hit the scales at 8 p.m. ET on Friday. A live feed and results appears below.