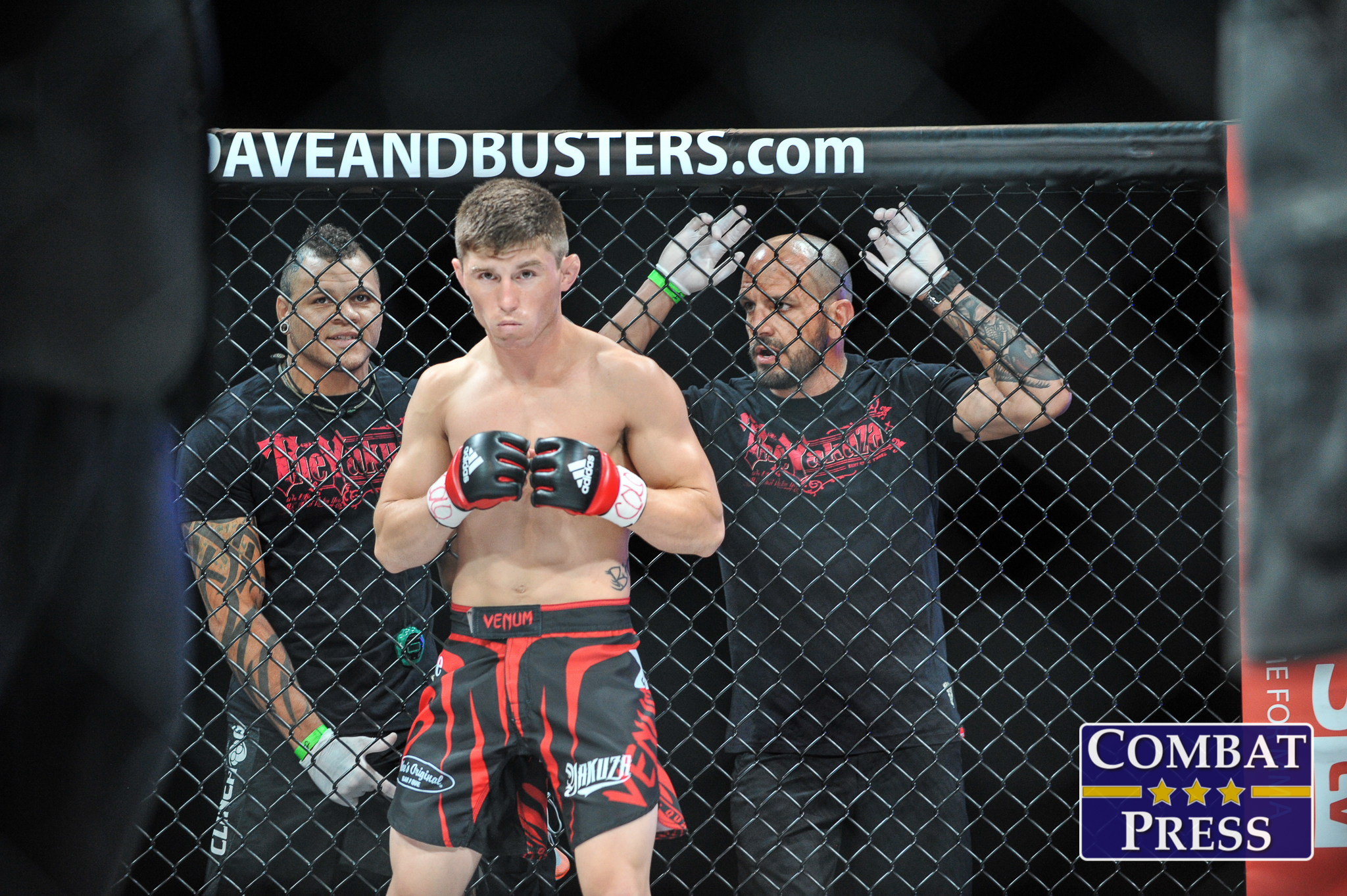 In March 2021, the UFC reality-series franchise The Ultimate Fighter will finally make its return to the airwaves for its 29th season. This chapter of the show will feature bantamweight and middleweights. The show has yet to be assigned coaches, but speculation is running wild.

The show, which is set to air on ESPN+, will have the traditional single-elimination format. It’s not clear if there will be eight or 16 fighters per division to begin the season. If the number is 16, then the fighters will have to compete for a spot in the house. For the sake of this preview series, we will assume that each weight class will contain 16 fighters.

In addition, given the nature of the business right now and the many late-notice fights taking place, there is a chance that some of the fighters included here could sign with the UFC before TUF commences.

Meanwhile, there are some fighters or categories of fighters who will not be included. Fighters who do not speak English are not under consideration for this season of the reality show. Legacy Fighting Alliance bantamweight champion Zviad Lazishvili will likely foxtrot right into the company without having to go through the TUF gauntlet. Cage Warriors bantamweight kingpin Jack Cartwright and the winner of the upcoming Cage Warriors flyweight title tilt between Jake Hadley and Luke Shanks are also likely to skip the show and jump right into the UFC. Experienced fighters Victor Henry and Juan Puerta likely wouldn’t go down to fight on TUF due to their extensive resumes.

With all of that in mind, here are 16 bantamweights currently not under UFC contract that could grace the halls of the TUF house early next year:

If there is an underrated prospect at 125 pounds right now outside of the major leagues, it has to be this guy. The Texan has increasingly taken on tougher competition and shown that he can hang. Altamarino has spent most of his career in the LFA, a major feeder organization for the UFC. He is a very good submission grappler who has tallied most of his wins via tapout. His only career loss came to UFC veteran Jarred Brooks by way of submission under the WXC banner. Altamarino is now on a two-fight surge that includes a win over Dana White’s Contender Series alum Chris Ocon.

One could argue that Arnett should make the UFC and bypass the Contender Series and TUF. That’s definitely an argument that can be made, but Arnett is just 2-2 through his last four appearances. The gifted wrestler is a very good ground technician. Most of his wins come via submission, as he dominates opponents on the mat. Arnett also has some big names among his victims, including UFC vets Johnny Bedford, Darrick Minner and Roland Delorme. He could be an early favorite on the show.

The Palestinian-American fighter has been an impressive prospect for a while now, and it’s time to showcase him on TUF. The exciting, brash Askar is a strong athlete with a grinding style and the ability to finish fights on the feet or the mat. His most recent bout was a headlining fight for the LFA against Kevin Wirth that Askar won via unanimous decision. His lone loss was a quick knockout, which could have been a fluke given how fast it was and how little danger we’ve seen Askar in. His personality and skills would be great for the show.

Despite the fact he has fought just twice since 2018, Bice remains a top flyweight prospect who could easily move up to bantamweight for the show. The FactoryX staple has had a strong strength of schedule that has led to good experience. He could be more efficient at finishing fights, but he is generally convincing in his wins on the scorecards. Bice’s only two pro losses came to UFC vet Pedro Nobre (by split decision) and Olympic wrestler Maikel Perez. His biggest win to date was against UFC vet Eric Shelton.

A veteran of the Contender Series, Dutro should make the cast based on his excitement factor. The guy brings it in every single fight. In the Contender Series, he was two seconds short of going to decision with Jordan Espinosa before Espinosa scored a TKO just before the final bell rang. The well-rounded Hawaiian is a strong boxer with good knockout power for his size. He also has grappling chops, with underrated jiu-jitsu and submission ability. Dutro is normally a flyweight, but it would not be a problem for the 5-foot-8 athlete to move up a weight class.

In terms of pure strength and athleticism, this guy would likely be among the most superior in this group of bantamweights. The Englishman is known for his finishing prowess, especially his powerful strikes. He can land these blows standing or via ground-and-pound. Ekundayo has some big-show experience with Bellator, but he has spent a good portion of his time with Cage Warriors. His lone loss came via knockout to current UFC fighter Jack Shore in late 2018. However, despite that one loss, Ekundayo continues to be a top prospect out of the United Kingdom.

How about getting some Pacific rim representation on TUF? The Brave Combat Federation champion and top Asian prospect speaks English, so he would be perfect for the show. “The Sniper” is an excellent striker with great technique and variety. He has not lost since 2016, and he has rattled off eight straight wins, including two over SBG Ireland’s Frans Mlambo. Loman has fought in reputable promotions like Brave and PXC, where he has been taking on solid competition.

Let’s also feature someone from Down Under for the cast. Martin has spent his career on the Australian regional circuit, where he’s gone undefeated. He’s finished six of his eight opponents, with three submissions and three knockouts. Obviously, TUF would be a step up in competition for Martin, but he could prove he belongs at this level. He would be an underdog for sure.

The Cage Fury FC champ could arguably make the UFC without going through the reality show. He is just 25 years old, but he has already seen action in 18 pro fights. Mowles is a well-rounded kid with good technical striking and strong grappling chops. He is especially dangerous from the back, where he scores rear-naked chokes easily. His only losses have come to UFC fighters and a top Bellator bantamweight. Mowles would be a definite favorite to win the season’s bantamweight crown.

The scrappy veteran striker has been a pro since 2012 and is a respected name on the regional scene. Moy has a Sanshou background, which is apparent in his use of many kickboxing techniques. He has been fighting on major and mid-major promotions, including Bellator, CES and Cage Titans. His only losses came to guys with UFC connections, including UFC vets Andre Soukhamthath, Joey Gomez and Steve Garcia, as well as Contender Series alum Jay Perrin.

Surprisingly, Sabatello, despite his brash personality and a dominant performance against Taylor Moore, was not signed by the UFC during the recently concluded season of the Contender Series. Maybe this will mean he gets a shot via TUF instead. His personality is perfect for the reality-show setting, and he’s a very skilled fighter from a major gym. The ATT representative is a suffocating wrestler who has dominated many of his opponents from bell to bell. He has submission skills, but he relied on positional grappling and ground-and-pound during his Contender Series outing. Sabatello is made for this show.

The submission wrestler would be a solid addition to TUF for several reasons, but most importantly due to how much he flies under the radar. San Jose has had a good career thus far in the West Coast regional scene, where his only loss came to current UFC fighter Journey Newson. He has fought decent competition and has a high rate of submission wins. San Jose is now riding a three-fight surge and hasn’t lost since 2018. He could surprise viewers.

You may remember Smith from the Contender Series, where he was submitted by Jimmy Flick, who now resides on the UFC roster. Even in defeat, though, Dana White was high on him. He has major amateur wrestling credentials and freakish athleticism. Prior to his loss to Flick, Smith was smashing through the competition. He even owns a win over current UFC fighter Jeff Molina. His style and natural gifts would be tough for anybody on the cast to handle, even if he checks in as a natural 125-pounder.

Ignore the record. Silva is an absolute dog that deserves another chance to crack the UFC roster. The two-time Contender Series vet — both of his fights on the show took place in 2020 — showed that he is an animal who just won’t quit. He has insane power for a flyweight, but, as we saw in his fight with JP Buys, he still needs to work on his counter-wrestling. The loss to Buys has an asterisk next to it, though, as referee Marc Goddard stopped the fight without a tap after thinking Silva had passed out — Silva was still conscious. Dana White has promised to give Silva another chance. Why wait for next summer’s edition of the Contender Series? Just throw him on this season of TUF instead.

As a 5-foot-2 flyweight, he will be undersized. However, Trujillo has shown he can fight big when needed. The Cage Fury FC flyweight titleholder and rep of Alliance MMA burst onto the scene with a massive knockout win over the heavily favored Santo Curatolo, who was seen as a top flyweight outside the UFC. Trujillo is well rounded, with solid wrestling, good boxing, and strong submissions. He was at a huge disadvantage in size opposite Curatolo, yet he still managed to win impressively. Perhaps he could also do the same on TUF if given the shot.

The loser of the upcoming Cage Warriors flyweight championship bout should land the final bantamweight spot on TUF. The winner should go automatically to the UFC. Shanks and Hadley are both UFC-caliber guys.