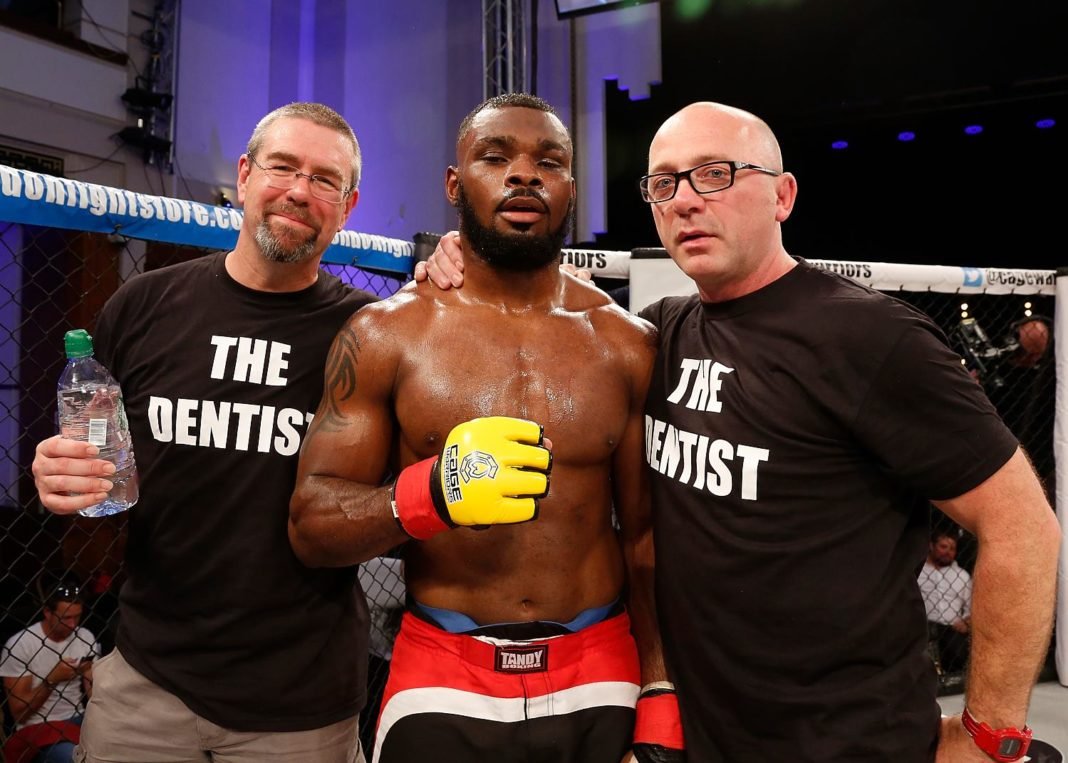 [Ed. Note: We live in a weird new world. The coronavirus has led to the cancellation or postponement of numerous MMA events from promotions both big and small. As of the time of publication of the below feature, only three significant events remained. Of course, this could change at any moment. If you intend to watch the below events, keep an eye on their respective social-media pages for an up-to-date status for their shows. And, from all of the Combat Press staff, we hope you stay safe out there.]

Cage Warriors President Graham Boylan has been even more stubborn and resourceful in keeping the league’s 113th show alive than UFC head Dana White was in his efforts to continue trucking along with the UFC. Boylan shifted the event to Manchester, where it will be held behind closed doors, and even tried to accommodate a number of fights from the UFC London event that was originally slated to take place this weekend. While not all of those UFC bouts survived, the middleweight scrap between Darren Stewart and Bartosz Fabiński is still — as of now, anyway — moving forward. It’s been upgraded to main event status for the night.

Stewart returns to his old stomping grounds with the shift of this fight from the UFC to Cage Warriors. The 29-year-old made his 2014 pro debut with the British organization. Four victories in his initial seven-fight winning streak came in appearances with the promotion. He joined the UFC in late 2016. After a botched Octagon debut against Francimar Barroso, Stewart dropped three straight fights, beginning with a rematch against Barroso, and appeared to be on the brink of his UFC release. However, he turned things around in 2018 and won back-to-back fights over Eric Spicely and Charles Byrd. After dropping a split decision to Edmen Shahbazyan, he added decision victories over Bevon Lewis and Deron Winn. “The Dentist,” who had made good on that moniker with seven knockouts, was set to meet Marvin Vettori on the UFC London card before the event’s cancellation.

Fabiński makes his first Cage Warriors appearance after coming up through the Polish regional circuit before joining the UFC. The 33-year-old debuted in 2011 and won his first four fights. After suffering a submission loss to Marcin Bandel, the Polish fighter rebounded with another three wins. His streak was snapped with a decision loss to Wendres da Silva, but another four-fight winning streak was enough to punch his ticket into the UFC. “The Butcher” made his Octagon debut in 2015 and won his first two UFC fights. After an extended layoff, he returned in 2018 with a win over Emil Weber Meek. His good fortunes came to an end when he met Michel Prazeres in late 2018 and fell victim to a guillotine choke in just 62 seconds. Fabiński sat on the sidelines in 2019, but he was set to make his return against Shavkat Rakhmonov at the UFC London event before the show’s cancellation.

While these two men have thus far survived the long list of scrapped fights and events, they were preparing for different opponents this weekend. Fabiński, who has eight knockout victories, was tasked with undefeated upstart Rakhmonov, who had a more balanced resume of knockout and submission wins. Stewart, meanwhile, would have entered the cage against a very tough Italian with a strong grappling game. Now, these guys get to engage in what could be a firefight.

These men love to throw heavy leather. Inside the Octagon, Stewart has used his striking prowess to finish two foes. Fabiński’s UFC run has yet to feature a finish in his favor. The Polish fighter has a better overall winning percentage inside the UFC, but his lack of activity is a concern. Yet, Stewart hasn’t really flashed anything to suggest he’ll dominate here.

The familiar surroundings could make all the difference in this fight amidst the chaos. Stewart is at home in England and his old promotion. He’ll settle in nicely and edge out Fabiński on the scorecards.

While Russia’s Gorilla Fighting Championship organization has already scrapped its 26th show, all indications are that GFC 25 is still on — for now, at least. It’s not one of the company’s deepest offerings, but it will give fans a look at light-heavyweight prospect Vladimir Seliverstov, who meets Alexander Podmarev in one of the night’s featured bouts.

SBE Academy’s Seliverstov has a lot to prove after suffering his first pro loss in his last outing against Oleg Olenichov. The fifth-round stoppage brought an end to the Russian’s perfect record that extended to his 2013 debut. The Battle on Volga regular had steamrolled his opponents to the tune of seven knockouts and three decision nods before encountering Olenichov in his GFC debut.

Podmarev also suffered a loss to Olenichov in his most recent fight, but he did go the distance in that fight. Unfortunately, it was his second straight loss. In his previous fight, he dropped a decision to Magomedrasul Gasanov to end a four-fight winning streak. Podmarev, who debuted in 2016, has needed the judges to grant him the majority of his victories, but he does have three knockouts to his name.

Seliverstov’s tendency for a quick start plays heavily into the outcome of this fight. If Podmarev can weather the early storm, then he could turn the tide his way as the fight progresses. If not, then he could be staring up at the lights within the first minute or two of action.

While Seliverstov did come up short against Olenichov, he did make it to the fifth round of the fight. He has the ability to stay competitive into deep waters, but that might not matter here. Podmarev has struggled against opponents with solid veteran records, and this affair figures to be more of the same. Seliverstov should add to his tally of first-round knockouts.

In another show that will take place behind closed doors, the Jungle Fight organization returns with its 103rd event. The key fight in this lineup is a flyweight championship tilt between titleholder Kleydson Rodrigues and challenger Felipe Pereira.

Team Nogueira’s Rodrigues claimed the Jungle Fight strap in his most recent outing, an October showdown with the formerly undefeated Eduardo Henrique da Silva. “KR” sunk in a rear-naked choke to bring an end to the contest. It was only his second Jungle Fight appearance. In his promotional debut, he knocked out Antônio da Silva. The flyweight made his pro debut in 2015 in a one-night tournament where he won one fight before suffering a loss to Rodrigo Melônio. The 24-year-old is a solid finisher who has recorded three knockout victories and two submissions.

Pereira is a product of Nova União Manaus. He made his professional debut in 2012, but he didn’t start competing regularly until 2015. “Takanori” won six of his first seven fights, with the remaining contest ending in a draw. He finally suffered a setback when he ran into veteran fighter Mateus Santos, but he bounced back with a pair of wins over notably better competition while making his first respective appearances with Shooto Brazil and Jungle Fight. His promotional debut with Jungle Fight came against the previously undefeated Altamiro de Jesus. Pereira finished de Jesus via rear-naked choke in the second round.

Flyweight fights can be very entertaining affairs, and this bout could deliver in that regard. Pereira has proven a lot with finishes of a 6-2 and an 8-0-2 opponent over his last two appearances. Rodrigues isn’t too shabby either, but he can be beaten.

Pereira, who has submitted six of his foes, is sure to make every effort to turn this into a grappling affair. Rodrigues should be able to hold his own in those exchanges, while also threatening on the feet. There should be plenty of scrambles here, but eventually Pereira is going to find the submission and claim the flyweight crown.