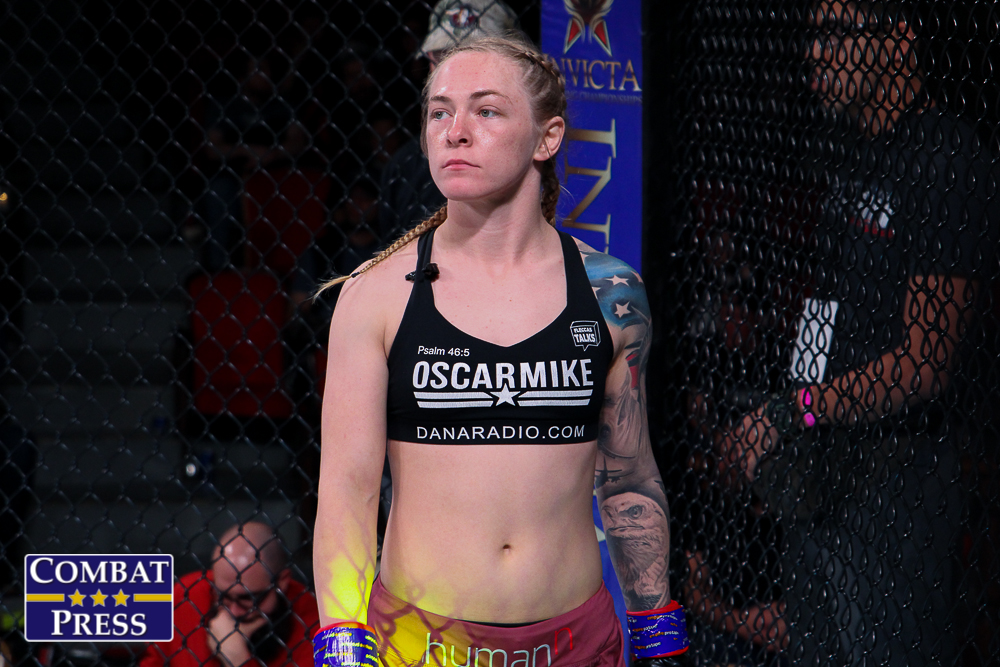 The Invicta Fighting Championships promotion has always been one to thrive on progress, innovation and finding new ways to remain unique in the growing MMA market. In the company’s latest move, the women’s combat-sports titan will use open scoring at this weekend’s Phoenix Series 3 show in Kansas City, Kan.

This will mark the first time a major MMA promotion takes a trial run at the unique scoring system at a major event in the United States. The Kansas Athletic Commission will oversee the event and announced in early February that the first trial run will take place on March 6.

In the open-scoring trial, the scores from all three judges are collected at the end of each round and distributed to the corners of each fighter and the broadcast team by the Kansas Athletic Commission officials. In addition, there will be a clear display on the broadcast featuring the scores for the viewing audience both at the event and for those watching from their home.

Invicta President Shannon Knapp has voiced her strong support of an open-scoring trial for some time and is excited to see the results at the upcoming event this weekend. In a promotion founded on innovation and constant progress, the Invicta officials are motivated more than ever to find unique ways to improve the sport by practicing an open mindset and listening to feedback from both fans and experts.

The move could potentially improve the fight game in several ways. For instance, one of the more difficult jobs cornermen have in a fight is providing their fighters with the appropriate counsel when no team is sure who won the previous round. With the open-scoring system, cornermen will know the position their fighters stand in and can give sound advice for the next course of action. The fighter will now know if they are truly down two rounds going into the final frame, and if so, they are clear that they need a finish to achieve victory. With this information available to the fighters and their teams, they can increase the sense of urgency for some fighters to ultimately finish a fight or turn on the aggression going into a specific round.

On the other hand, one of the concerns in adopting this new system is perhaps the notion that it could encourage fighters who are comfortably winning a bout to coast in the final round, knowing they need to do very little to lock up a victory. This could potentially harm the quality of a bout. If a fighter and his corner are certain they are winning round per round in a bout, then it might be advantageous to a fighter and his corner to play it safe instead of risking a loss by going for a knockout or submission. Fans already find it unappealing when a fighter begins to coast toward a victory, and this can potentially get worse if fighters are certain they are up on the scorecards.

Since its birth, Invicta has put on several great events backed by a sound team of individuals who are focused on innovating and providing fans with a unique and exciting experience. The adoption of a trial open-scoring system for its upcoming event only aligns with the organization’s goal of constantly evolving and improving the overall fan experience. On March 6, Invicta makes history. Will this be the start of a new era in MMA?