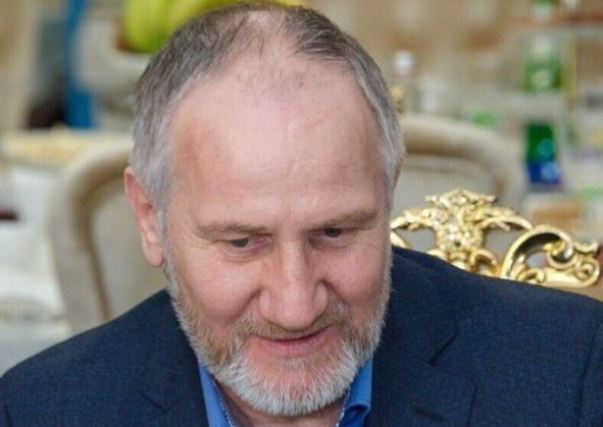 Any time you talk to the typical MMA fan, they will almost always attest to the fact that more fight organizations in existence is better for the sport. No fan of combat sports just wants one organization. They want options, where the level of competition or the combat style is different. At the end of the day, variety is the best medicine.

That’s where the Russian-based Absolute Championship Berkut comes in. ACB is an MMA organization founded in 2014 by Russian promoter Mairbek Khasiev. The company has put on more than 80 events all over the world, with nearly 75 percent of these events held in the world’s largest country. Not only has Khasiev’s organization taken in a lot of fighters, including those who have previously fought for the UFC, but the promotion has also broken international waters into the United States, officially hosting an event in Irvine, Calif., earlier this year.

Of course, with MMA stature for a top-level executive comes plenty of controversy. Fight fans know all about the outspoken nature of UFC President Dana White, who’s been known to drop plenty of F-bombs and be very outspoken in his dialogue with reporters and the fighters he employs.

Even White, for all of his transgressions — and there are many, which he has paid dearly for — can’t even compete with the controversy that has surrounded Khasiev. Whether it be his own personal opinions, or matters involving his fight organization, he’s garnered plenty of attention.

Karim Zidan of Bloody Elbow has done a fantastic job covering some of the issues regarding ACB and Khasiev himself in 2017. In a piece from earlier this year, Zidan reported on an event where Khasiev unilaterally decided to overturn the results of two fights, one of which involved a fighter training out of the camp he runs, Fight Club Berkut. According to Khasiev, he made these decisions because he felt one of the fights was stopped too early by the referee, while the other was not scored correctly by the judges. Due to Khasiev’s actions, multiple prominent officials from the United Kingdom, including Marc Goddard and Leon Roberts, who many would argue are two of the best in the sport, will no longer take part in future ACB events.

As Zidan points out in his piece, what Khasiev did creates a clear conflict of interest on more than one level: not only is the ACB founder changing the results of fights, because he thinks he knows better than professional referees and judges who are trained to do their jobs objectively, but he’s also tipping the scales in favor of fighters from his own camp. Furthermore, following the aforementioned results where Khasiev voiced his displeasure, a statement from the promotion has promised that the panel of judges will be “radically revised” for future events. In other words, since the decisions made by the professional judges at the event were disputed by the head of the organization, future handpicked judges on the ACB panel will purposely score fights in favor of certain fighters, at the behest of Khasiev. This is the height of corruption, and if we want to take it a step further, it’s unfairly authoritarian and will only result in situations where certain fighters, who feel cheated, won’t want to compete for ACB in the future.

This is not the first time Khasiev has made unilateral decisions, either, as Zidan details in his piece:

Back at ACB 45 last year, a match-up between Magomed Khamzaev and Taichi Nakajima ended in controversy after Nakajima appeared to have secured the win with a perfectly placed liver shot. However, Khamzaev seemingly feigned a groin shot and was able to convince the referee to give him a timeout to recover instead of a TKO loss. Khamzaev eventually won a decision. Khasiev eventually overturned the result following an “investigation.” It was the second time that month that Khasiev had overturned a decision after he stripped flyweight champion Velimurad Alkhasov for allegedly feigning an injury at ACB 43.

So this is not the first time Khasiev has decided to put his nose into business that fight executives traditionally avoid.

In another article from last month, Zidan reported on comments Khasiev made, when the ACB founder refused to accept sponsorship from Nike for his organization, criticizing the prominent brand’s support for LGBTQ rights, pointing out how pro boxer Manny Pacquiao was dropped from his sponsorship with Nike in February 2016 when the boxer compared gay people to animals. In a post on his official Instagram account, Khasiev quoted Pacquiao’s remarks and stated it would be “beneath our dignity to have any relationship with them.” While that was controversial enough, Khasiev couldn’t help going over top, finishing his post by stating, “I add to all this one expression — ‘Sometimes the devil is afraid of the thoughts within a f****t’s head.’”

So, apparently, in protest against Nike’s decision to cut ties with Pacquiao, Khasiev decided to double down, whereas Pacquiao had the decency to apologize for his remarks.

As if all of this controversy wasn’t already bad enough, Zidan penned another piece where he went over the cancellation of ACB 59, which came following disparaging remarks Khasiev made about a longtime conflict brewing between Ossetia and Muslim republics. The article is very long, and very detailed, going over the history of everything that has occurred between the two sides. The first paragraph of Zidan’s piece gives the reader a good idea of why the event was canceled:

The comments, which were taken to be hate speech by many, raised concerns among the local Ossetian talent featured on the show, all of whom were insulted by their new employer’s viewpoint on their history and people. According to reports, the Ossetian fighters drove to Grozny and met with Khasiev, who attempted to defuse tension. However, once it became evident that Khasiev had no intention of posting a public apology for his insults, the Ossetians refused to compete on ACB 59.

Clearly, Khasiev’s image is riddled in endless controversy, and while there’s nothing necessarily wrong with having executives and owners of companies who like to fly off of the handle and say what they want, a line needs to be drawn when that person is affecting the reputation of an entire sport.

Khasiev is making a mockery of MMA, which has gone through decades of ridicule and judgment for its level of violence and lack of safety. At this point, when the sport is arguably at its highest level of success and popularity, the last thing anybody needs is for one person to knock the sport down a few pegs.

Luckily, it appears people are standing up to oppose Khasiev’s absurd decisions, as well as his conflicts of interest, but more needs to be done to condemn his rhetoric. The overruling of judges’ decisions and referee stoppages is unacceptable. The aforementioned White and Bellator MMA head Scott Coker would never be caught dead doing anything like this. Khasiev, meanwhile, has no shame and feels he can do whatever he wants to benefit his interests and stroke his own ego.