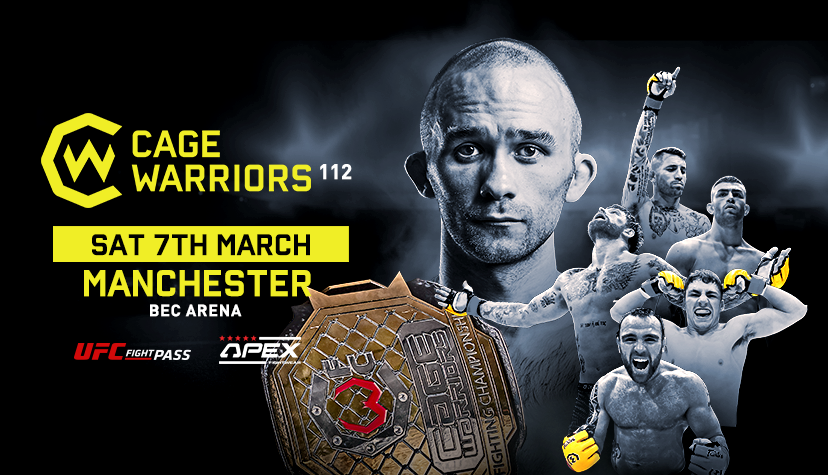 On Saturday, March 7, Cage Warriors returned to Manchester, England for its 112th event, touching down at the Manchester BEC Arena.