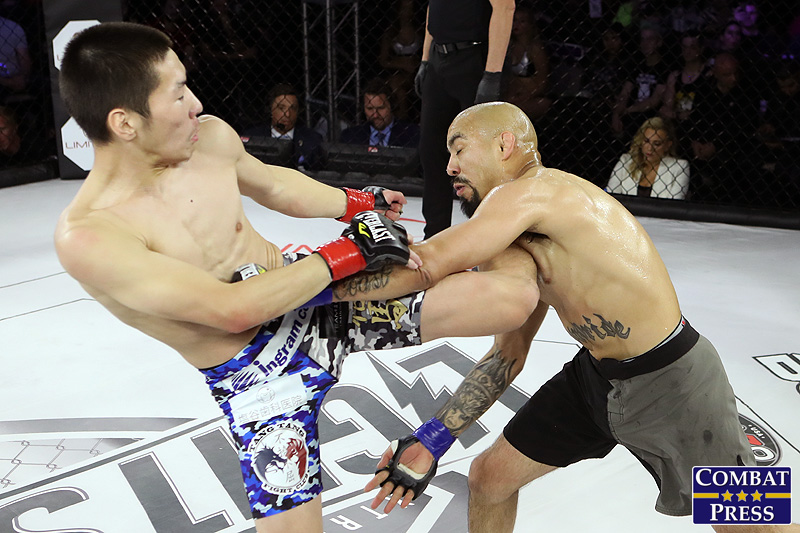 Below is a preview of the flyweight tournament participants.

If Lun Qiu sounds familiar to you, it’s because he appeared on last year’s season of the Contender Series. The Chinese fighter is by far the most experienced fighter in this tournament and has a solid finishing rate against mixed opposition. Although he lost to Erisson Ferreira on last season’s Contender Series, he did show some potential, which is likely why the UFC decided to give him a shot here. A large swath of his career has been with the Chinese promotion WLF WARS, which is one of the top promotions in the company. Not too many guys in this tournament compare to Qiu skill-wise.

A disciple of “The Korean Zombie” Chan Sung Jung, Seung Guk Choi comes into this tournament with something to prove. His connection to the Zombie is valuable to get him a look from the UFC brass, but he has not fought since 2020 and has not scored a win over a notable opponent in his career. In fact, in his wins, his opponents records are a combined 2-2. He has notably fought against Steve Erceg, who is competing on this year’s Contender Series. Choi could surprise us, but on paper he’s got the longest odds.

I know I am a sucker for Muay Thai fighters, but I really think that Topnoi Kiwram is a guy to keep your eye on as this tournament unfolds. He has a very tough fight in the first round against veteran Yuma Horiuchi, but he has good experience as a multiple-time Rizin veteran with top-notch striking ability. His most noteworthy fight saw him in a losing effort to top Japanese prospect Kai Asakura, where he fought valiantly to a unanimous decision loss. He comes into this tournament after securing a win under the UAE Warriors banner.

Wallen de Rosario comes into this tournament not having fought since 2019. He hasn’t fought anybody of note, but his losses come to guys with a combined record of 8-10. He draws the favorite, Qiu, in the first round.

Rama Supandhi is a career veteran of the noteworthy ONE Pride promotion. He is a submission specialist that has won all seven of his pro wins by way of the tapout. He represents the nation of Indonesia.

Hyun Sung Park is an undefeated striker who also has submission wins on his record. He has taken a pro kickboxing match and has fought MMA exclusively for the solid Double G promotion in South Korea. He is another dark horse here.

Jeremia Siregar is the other representative of Indonesia in this flyweight tournament and has also spent his pro career in ONE Pride. He is primarily a striker with good variety on the feet, but owns submission wins as well.

Lastly, the guy who would likely be the other “favorite” in this tournament is Yuma Horiuchi, a multiple-time LFA veteran that has put in time with Team Oyama in California. The Japanese fighter is a very well-rounded fighter with notable wins over Contender Series vet Donovan Frelow and prospect Mark Climaco. He took tough split decision losses to now UFC roster members Liudvik Sholinian and Charles Johnson.