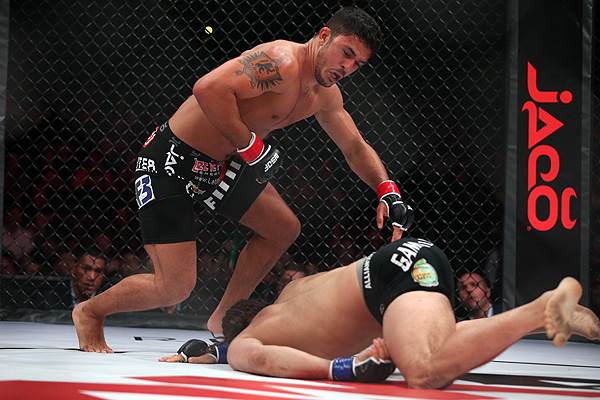 In the evening’s main event, former UFC veteran Danillo Villefort made a successful return against Thiago Rela after nearly three years on the sidelines. Villefort has fought in many of the world’s top promotions: the WEC, Strikeforce and most recently, World Series of Fighting. Rela won the Circuito Talent de MMA middleweight title and came up short against UFC fighter Alberto Uda in the finals of the XFC international middleweight tournament.

The event aired live on the CBS Sports Network and Fight Channel TV at 8:00 p.m. ET.