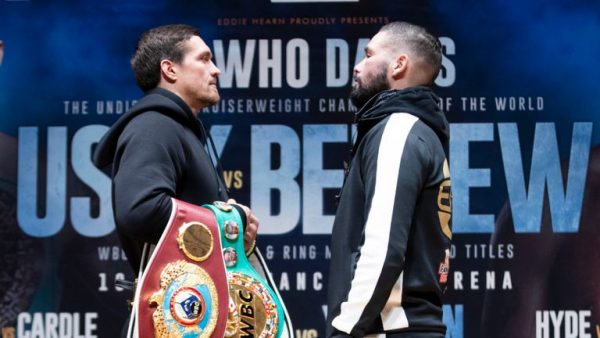 On Saturday, Nov. 10, Matchroom Boxing traveled to the Manchfester Arena in Manchester, England, for Usyk vs. Bellew.

In the night’s main event, WBO, WBC, WBA, and IBF world cruiserweight champion Oleksandr Usyk put his titles on the line against the Liverpool’s Tony Bellew.