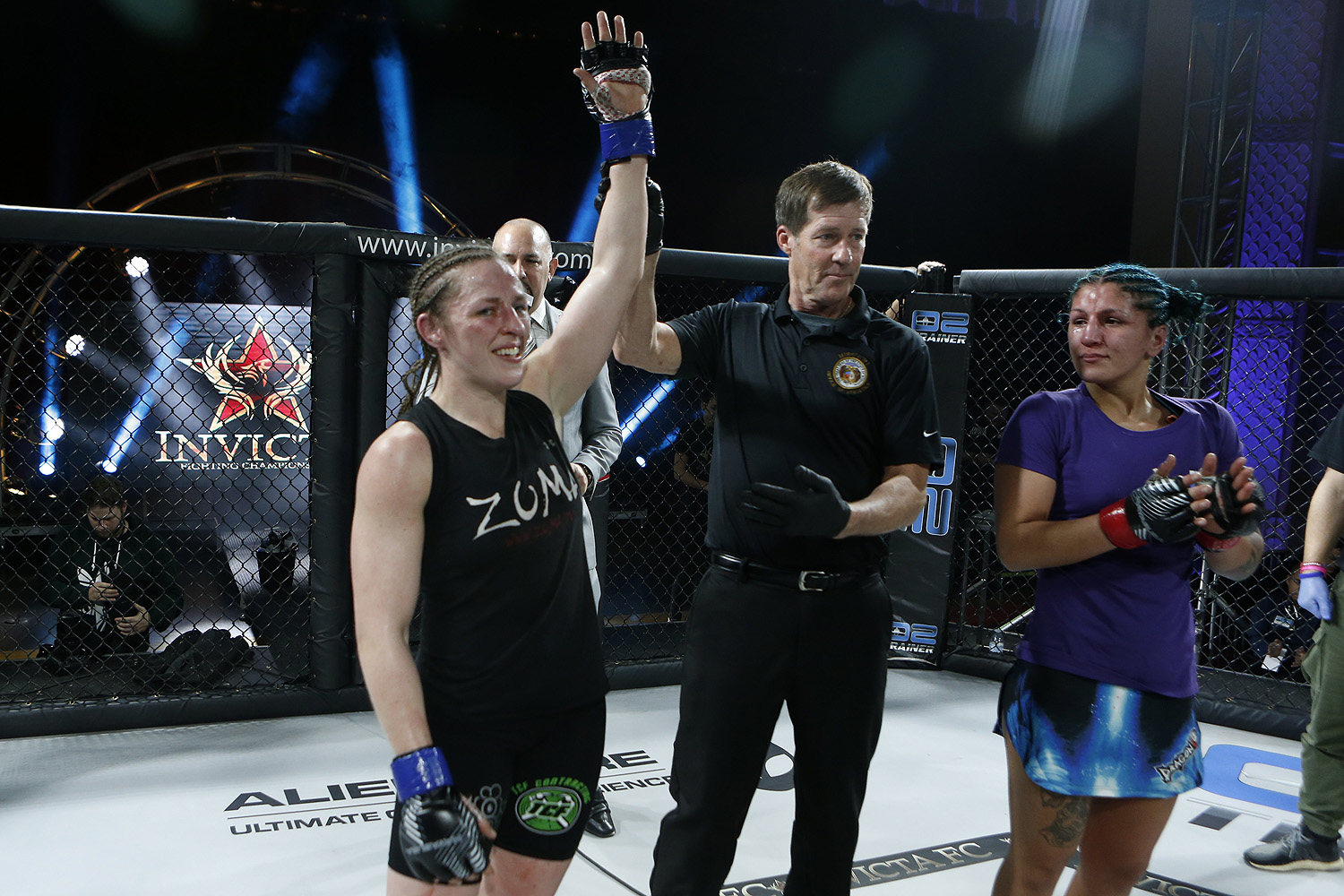 On Friday, May 4, Invicta Fighting Championships hosted its 29th event from the Scottish Rite Temple in Kansas City, Mo.

In the night’s main event, the promotion crowned a new bantamweight champion as Canadian Sarah Kaufman took on unbeaten German fighter Katharina Lehner. Kaufman, a former Strikeforce champion and UFC veteran, returned to the promotion earlier this year and defeated former No. 1 contender Pannie Kianzad by decision. Lehner, meanwhile, earned a first-round finish of Alexa Conners at Invicta FC 25 in August to earn her shot at gold.

The night’s co-main event also took place in the bantamweight division as the aforementioned Kianzad welcomed Brazilian Bianca Daimoni to the Invicta cage.