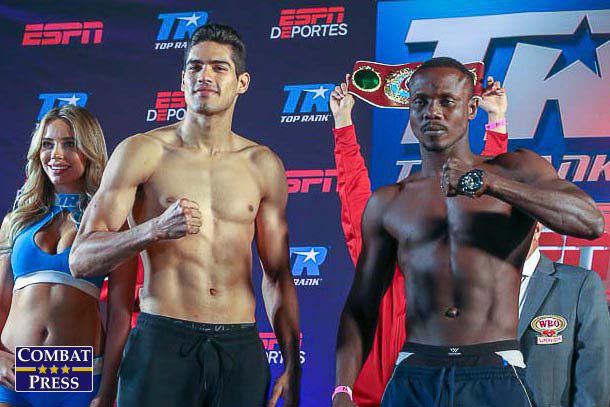 On Saturday, Feb. 3, Top Rank brings boxing back to the American Bank Center in Corpus Christi, Texas, for Ramirez vs. Ahmed.

In the main event of the evening, the top-ranked super middleweight in the Combat Press boxing rankings, Gilberto Ramirez, will attempt to defend his WBO world super middleweight belt against unbeaten boxer Habib Ahmed, who has stopped 17 of his 25 victories.

Below are the results of the event’s weigh-ins, as well as a photo gallery shot by Amanda Armstrong for Combat Press. Click an image for a larger version.