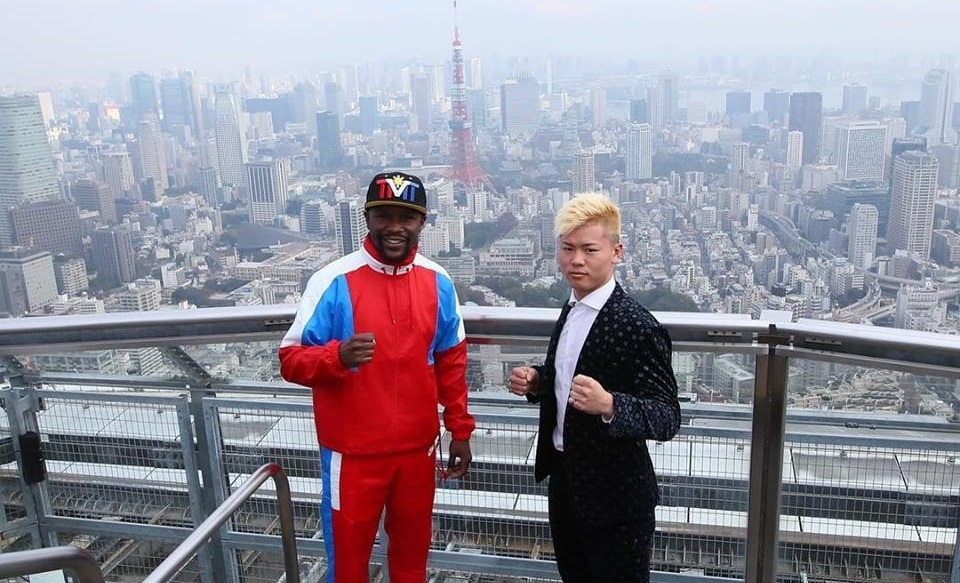 The promotion announced the main event of Rizin 14, which is set to be held on Monday, Dec. 31, at the Saitama Super Arena in Tokyo, Japan. The promotion opened the press conference by announcing its cooperation with Team Money Tokyo, a subsidiary of The Money Team, for future events. TMT head Floyd Mayweather Jr. joins the roster following a brief retirement after his 10th-round stoppage of Conor McGregor to keep his undefeated record intact with 50 wins and no losses. The five-division world champion talked about testing himself outside of the United States, specifically in Japan. The deal could potentially come with a share of the promotion, like recent ONE signing Eddie Alvarez, a stake in the international and domestic broadcast rights, and even control over future events and matchmaking. As for now, we’re left in the dark on the details of the financials of the deal.

What we do know is, Mayweather’s opponent. Twenty-year-old kickboxing prodigy Tenshin Nasukawa will step up in weight, experience, and potentially in an entirely different rule set for the first time. If you don’t already know the name, Tenshin is one of the hottest commodities in combat sports in the eastern hemisphere. Built to be a star from a young age, Tenshin fought more than 100 times before winning his first professional title as a 15-year-old. Nasukawa has won all 32 of his professional bouts across three different combat sports, kickboxing, MMA and Muay Thai. The skilled youngster has defeated former world boxing champion Amnat Ruenroeng, former Lumpinee stadium champions Wanchalong PK.Saenchai, Suakim Sit.Sor.Thor.Taew, Wisanlek Meibukai, and Amnat, former Omnoi Stadium champ Rodtang Jitmuangnon, Japanese MMA star Kyoji Horiguchi, and experienced kickboxers Ignacio Capllonch, Yuta Murakoshi, Fred Cordeiro and Taiki Naito.

Tenshin had this to say about the contest, “Nobody has defeated my opponent in the past and I would like to be the man that makes history. My punch can change the history.”

The details surrounding the bout are unknown as of yet. Mayweather was asked about the rule set, “As far as the weight class and the rules, um.. we’ll talk about that. We’ll get that situated. Um.. within the next couple weeks.” The signs point to the Japanese Boxing Commission cracking down as of late, which means this bout will most likely follow the traditional “special rules” bout that has become a mainstay during New Year’s Eve for over a decade. The fight would certainly be more interesting if Nasukawa is allowed to use his full skill set. However, we won’t know what this fight looks like until more details emerge.