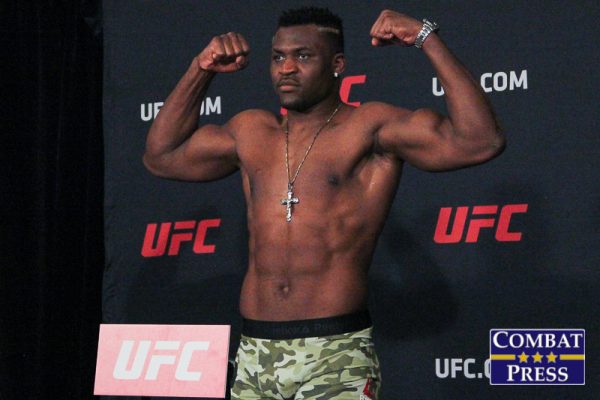 It’s becoming a cliché, almost to the point of being considered a “hot take,” to say that the UFC refuses to promote its fighters.

It’s becoming a cliché to say that UFC President Dana White’s only interest has been in promoting certain stars, most notably lightweight champion Conor McGregor, at the expense of other fighters on the UFC roster.

The drumbeats are getting louder, however, and the sentiment is not only shared by many fans, but fighters are starting to become more vocal about their discontent as well.

Since McGregor’s return to the UFC is still very much up in the air, it appears that “star power,” or lack thereof, is becoming an issue. The promotion is currently trying to find a new television-broadcast home, but so far has only received offers for amounts that are roughly half of what it is seeking. It’s not rocket science to connect the dots and realize that without a bona fide star in the vein of McGregor or Ronda Rousey to build its brand around, the UFC just can’t draw much excitement from perspective suitors.

Luckily for White and the UFC brass, a pair of fighters with all the potential in the world to be the company’s next “stars” fell into their collective lap at UFC 218 last weekend. It just remains to be seen if the UFC is going to do anything about it.

The promotion’s featherweight champion, Max Holloway, and rising heavyweight Francis Ngannou were the two big winners at UFC 218. Holloway enjoyed his 12th straight victory by knocking out former champion José Aldo in the third round. Meanwhile, Ngannou became a meme when his devastating uppercut knocked out Alistair Overeem cold in the first round.

Ironically, Holloway’s last loss in the UFC came to McGregor in 2013. The two fighters took shots at each other over social media after Holloway’s most recent win, so it’s almost like things are coming full circle for Holloway to assume the mantle as one of the UFC’s newest stars. His in-cage accomplishments are already well chronicled:

– Most third-round finishes in UFC history (6)

But beyond that, Holloway has all the qualities to be an ambassador for MMA. He’s at the forefront of the burgeoning MMA scene in his native Hawaii, which also serves as home to fighters like Yancy Medeiros, who competed in an epic battle of his own against Alex Oliveira at UFC 218, and Bellator flyweight champion Ilima-Lei Macfarlane. Holloway also has the ability to connect with fans on a personal level:

Then there’s Ngannou’s story, which is one of the more extraordinary in all of MMA. He left his native Cameroon in 2013 for Paris to begin his MMA training, and he was even homeless for a time. Not even four full years later, Ngannou knocked out one of the best heavyweight fighters of all time and solidified his claim to a UFC heavyweight title shot.

Ngannou’s only loss in his 12 pro fights came in his second-ever bout. All of his 11 victories have ended in a finish, including four straight in the first round. So his bona fides as a fighter are second to none. Ngannou also seems to recognize the platform he has as a professional athlete. He used his post-fight interview to denounce slavery and racism — issues that unfortunately are still prevalent in the modern world — to the fans in attendance.

Both Holloway and Ngannou also display a willingness to actually, well, fight. While more and more fighters are demanding “money fights” and taking extended sabbaticals as they keep their titles at home, Holloway and Ngannou have been willing to face the next opponent the UFC decides to put in front of them. While Ngannou’s coach alluded to his desire to see Ngannou try his hand at boxing, there’s no doubt the big man wants to compete for the UFC heavyweight title, too. A fight between Ngannou and champion Stipe Miocic, which has already been confirmed, will be huge business, literally and figuratively, for the UFC.

It’s become a cliché to begin writing the UFC’s epitaph and decry the current state of its product. But there is opportunity in the post-McGregor and post-Rousey world for the UFC to maintain the success it enjoyed when it had both of those two fighters under its umbrella. Holloway and Ngannou are not the only two fighters on the UFC roster who are able to step up and fill the void either, but are White and company willing to step up and do anything about it?