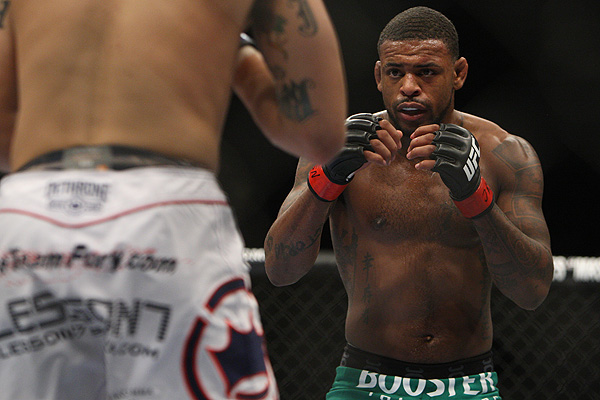 On Saturday, Sept. 17, the UFC hosted UFC Fight Night 94: Poirier vs. Johnson from the State Farm Arena in Hidalgo, Texas.

In the night’s main event, a pair of top-10 lightweights locked horns as Dustin Poirier took on Michael Johnson. Louisiana’s Poirier had reeled off four straight wins since returning to 155 pounds after a lengthy stint at featherweight. The 27-year-old had stopped three of those four wins inside the first round, including a UFC 199 knockout of Bobby Green earlier this year. Johnson, meanwhile, entered the bout riding a two-fight skid. The former Ultimate Fighter runner-up had dropped back-to-back decisions to Beneil Dariush and Nate Diaz.

The co-main event featured a middleweight battle between TUF alum Uriah Hall and Strikeforce veteran Derek Brunson. Hall aimed to bounce back from a decision loss to Robert Whittaker in November, while Brunson rode the momentum of three straight first-round knockouts.