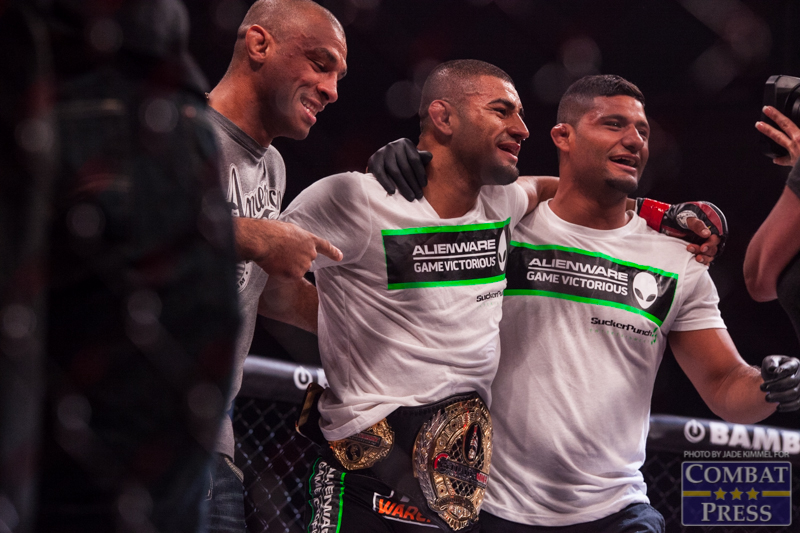 A Better Understanding of Camps and Corners

In many fights, the focus is on the fighter, their skill set, heart, physical ability and preparation. Often, the onus for a win or a loss falls on the fighter. They are the one being watched, the one directly involved in the fight and faced with the consequences of competing in and being a part of the sporting event. However, the fighters aren’t always the reason behind a poor performance. In more cases than not, the work of the people who are directing, conditioning, training, developing and ultimately benefitting from the success of the fighter are as much to blame, if not more so. These people are the fighter’s camp and corner. Let’s touch on what camps and corners are, and a few of the things they should do and what happens when they are able/unable to do these things.

What is a camp?

A camp is the home of a fighter as it pertains to their training, whether it is technical, strategical, physical, mental or conceptual. At this location, the fighter is surrounded by a group of coaches, fellow fighters and others who are all in some way involved in combat sports. The camp is where the fighter does the majority of their preparation, whether it is sparring, game plans, film study, situational drills, pad work or grappling instruction. Often times, it is the place where the fighter develops their strategy, refines their approach and improves or diversifies their technique. A lot of how the fighter is perceived is largely impacted by his camp. Fighters who camp jump often lack an identity or true process, whereas fighters who are immersed in a camp are usually possessing of certain traits or talents that echo the camp’s points of emphasis. Examples would be the aggression and physicality of King’s MMA, or Team Alpha Male’s wrestling, scrambling and transitional submissions.

What is a corner?

A corner is the group of people who travel with the fighter to the event, helping the fighter finish making weight and go through the final days of preparations, conditioning, strategizing and reviewing on the week of the fight. Essentially, they continue the process that was started and maintained in camp. The corner puts the finishing touches on keeping the fighter sharp, stress free and mentally keyed in throughout fight week. The corner will be in charge of instruction, direction and adjustment in between rounds during the fight.

Why are they important?

These groups of people are the ones who come up with the “best” approach to fighting an opponent, making weight, mental preparation and physical conditioning, as well as teaching, refining and being aware of the techniques needed to gain victory versus the scheduled opponent or the short-notice replacement.

As much as blame falls on the fighter — and rightfully so, since it is their life, career and reputation on the line — they aren’t the only people accountable or responsible for the results in the cage. If we assume the fighter isn’t a complete can, and that they are dedicated, intelligent, skilled and tough, then what is being taught and how a problem is being approached and solved all fall under the umbrella of responsibilities handled by the camp and corner. If a fighter doesn’t have a progressive, studious, hardworking, experienced and knowledgeable camp, then they could be on the wrong side of the fight’s outcome before they even set foot in the cage. It won’t be because of a lack of talent, dedication, toughness, professionalism or skill on the part of the fighter, but because the people they placed their trust in haven’t done the research, don’t know what they are doing, or are just lazy and unmotivated. It sounds harsh, and it is. More importantly, though, it’s 100 percent correct.

So, what will a good camp/corner do and not do?

The Do’s and Don’ts
These are just a few things to provide a better sense of the duties of camps and corners, as well as provide a better understanding of how and why those things matter to the performance and overall well-being of the fighters. Without a good camp, a fighter’s chances to succeed are drastically diminished.
Advertisement