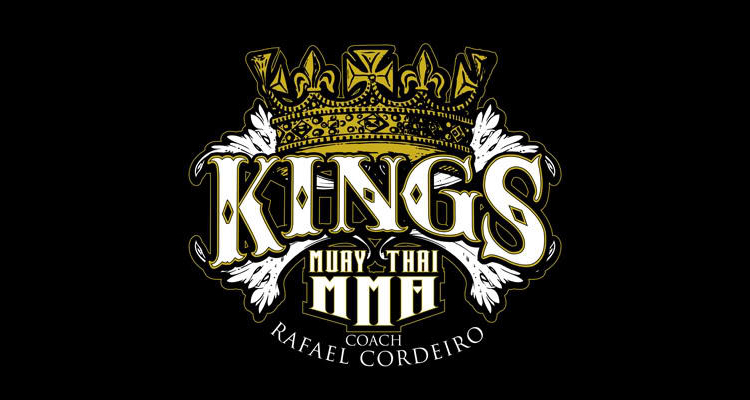 Gym of the Year – Kings MMA

A name can be very telling. Call yourself a maker of kings and a factory that produces champions, and you have a lot to live up to. Master Rafael Cordeiro hasn’t disappointed, and his gym, Kings MMA, has indeed been a factory where champions are made and dreams, as his gym’s slogan suggests, do come true.

Cordeiro, who has been the recipient of numerous awards and nominations both individually and for his gym, led his gym to another banner year in 2015. Kings MMA has garnered a reputation as a top gym, especially for the striking arts, as the home to UFC champions Fabricio Werdum and Rafael dos Anjos, as well as veteran Mauricio “Shogun” Rua and up-and-comers Beneil Dariush and Kelvin Gastelum.

The rise of dos Anjos, Dariush and Gastelum and the resurgence of Werdum and Rua is no coincidence. Cordeiro spent years as a coach at Chute Boxe during the Brazilian camp’s prime. Now, he’s led Kings MMA to similar levels of success.

Werdum enjoys possibly the highest-profile spot among the gym’s big stories. “Vai Cavalo” was already an accomplished veteran when he made headlines by defeating Fedor Emelianenko under the Strikeforce banner in 2010, but the Brazilian was still known as a dangerous grappler with a limited striking arsenal at the time. He returned to the UFC in 2012 and started winning fights. As he rose through the ranks, his striking game gradually developed into an important weapon.

Werdum was surely a favorite to finish anyone if the fight went to the ground, but nobody expected the submission specialist to edge Travis Browne on the feet for five rounds and score a TKO over powerhouse heavyweight striker Mark Hunt, but Werdum accomplished both tasks in 2014. This led to 2015, the year Kings MMA became home to the UFC heavyweight title. Werdum, on the momentum of his wins over Browne and Hunt, took to the Octagon in June to challenge Cain Velasquez at UFC 188 in Mexico. The fight was contested at high altitude and Velasquez, despite his touted cardio, couldn’t keep up. Yet again, it was the added tool of striking that allowed Werdum to emerge victorious as he rocked the champion in the third round to set up a guillotine choke and take home the belt.

Kings MMA didn’t bring home just one title in 2015, though. Another member of its stable was crowned champion in the calendar year, and that champion has gone on to establish himself as a rising pound-for-pound fighter. Of course, that man is the UFC lightweight champion dos Anjos. Another veteran fighter who had his ups and downs — dos Anjos went 4-4 through his first eight Octagon appearances — the Brazilian started putting it all together in 2012 and went on a five-fight run before falling to Khabib Nurmagomedov.

Dos Anjos rebounded from the loss to put together another streak of three wins, including a first-round knockout of Benson Henderson and a decision nod over Nate Diaz, before earning the opportunity to challenge Anthony Pettis for the lightweight title in 2015. Dos Anjos took it to the champion for five rounds and scored the unanimous decision to capture the win and the championship. He returned in December to defend his strap against Donald Cerrone, an opponent dos Anjos had already defeated once by decision. The champ’s work with Kings MMA showed in the brief 66 seconds of the contest. He held an obvious edge on the feet from the opening bell over Cerrone, whose own striking arsenal isn’t too shabby. The end came via a violent TKO finish, adding a further exclamation point to just how much Kings MMA and Cordeiro can contribute to a fighter’s striking game.

The gym has also helped to resurrect Rua’s career, bringing the veteran competitor back from the brink of irrelevance following a 1-4 stretch and giving him the coaching he needed to turn in a decision win over Antonio Rogerio Nogueira in Rua’s lone bout in 2015.

While these veterans carried Kings MMA to a truly impressive year in 2015, the camp could be gearing up for many more accolades in the future thanks to the likes of Dariush and Gastelum.

The 26-year-old Dariush had already posted a 3-1 mark inside the Octagon heading into 2015, but his campaign this year allowed him to quietly creep into consideration among many polls of the top 10 or 15 lightweights in the world. Dariush, who had already hushed any hype surrounding Tony Martin and Carlos Diego Ferreira in 2014, proceeded to submit Daron Cruickshank and claim decisions over fringe top-10 fighters Jim Miller and Michael Johnson during his 2015 campaign.

Meanwhile, Gastelum, who had already claimed top honors in his run on The Ultimate Fighter, put up a competitive set of performances over three fights in the calendar year. The 24-year-old did come up short against Tyron Woodley and Neil Magny, but he kept both fights close and only lost via split decisions. Gastelum’s other outing in 2015 resulted in a TKO finish of veteran and former contender Nate Marquardt. The young fighter may still have to overcome lingering questions about making weight and he’s still not quite dominant in the cage, but he has plenty of years ahead of him in the sport and the backing of a gym that can truly mold a good fighter into a great one.

With a stable that includes veterans who have added new dimensions to their skill set and risen to the ranks of dominant champions, Kings MMA established itself as the top gym of 2015. With a solid core of young prospects on the rise in the UFC, the camp also has a bright future ahead of it. Kings MMA has indeed lived up to all of its claims. It is the factory of champions, and it’s also the Combat Press selection as the 2015 “Gym of the Year.”