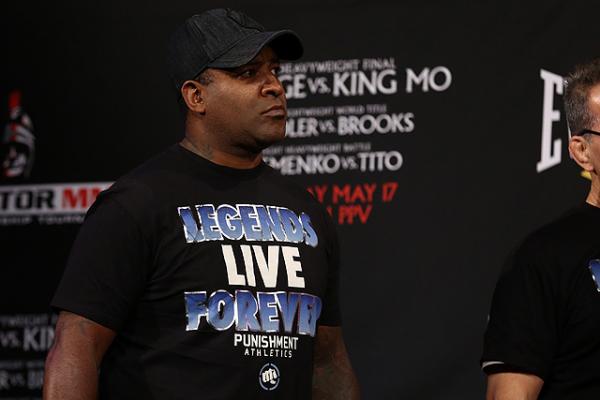 Coach of the Year – Rafael Cordeiro

It took dos Anjos 17 fights to earn his first UFC title shot at UFC 185 against Anthony Pettis. The title fight was an opportunity dos Anjos and his team of coaches wouldn’t take lightly. In an interview with Combate, Cordeiro outlined his confidence in victory following one of the most dominant underdog performances in UFC title history. “We knew how to beat Pettis in every aspect of the game, and everything we practiced led us to this victory. He was dominant like a champion, and it certainly was the best performance of his life. It’s not every day someone dominates Pettis like that,” said Cordeiro. The performance was nearly flawless. Dos Anjos pressured Pettis early and took the title away from the champion with a relentless pace throughout the five-round championship bout. Dos Anjos returned to defend his title for the first time just weeks ago at UFC on Fox 17 against Donald “Cowboy” Cerrone, a fighter he had beat two years prior. The Brazilian champion stopped the eight-fight winning streak of Cerrone by knockout in just 66 seconds.

Dos Anjos started his UFC career as a high-level grappler, but with the addition of the striking tutelage of Cordeiro and his rigorous strength-and-conditioning program with Speed of Sport trainer Nick Curson, the 31-year-old has become one of the most complete fighters in MMA today.

Another of those complete martial artists is the current UFC heavyweight champ Werdum. Werdum was already considered one of the best heavyweights to ever step foot in a ring or cage with past wins over Fedor Emelianenko, Antonio Rodrigo Nogueira, Alistair Overeem, Mark Hunt and many other top-level fighters. He made that statement complete at UFC 188 with his destruction of the seemingly unstoppable Cain Velasquez. Werdum showcased his ever-evolving striking skills in a brutal beating of the former two-time defending heavyweight champion. Cordeiro’s striking work with Werdum has become apparent. Werdum has one of the best jabs in the heavyweight division, if not the very best, and he has continued to develop a more diverse offensive attack that includes a plethora of kicks, knees and elbows.

Cordeiro had more success with fighters Beneil Dariush and Mauricio “Shogun” Rua. The 26-year-old Dariush won all three of his fights in 2015 despite taking a controversial split decision over top-10 fighter Michael Johnson in his last bout at UFC Fight Night 73. Rua returned to training with Cordeiro, who he has trained with at both Chute Boxe and Kings MMA, for his UFC 190 bout against Antonio Rogerio Nogueira. The former UFC light heavyweight champion was successful in his return, adding yet another win to the incredible 2015 record of Master Cordeiro.

The Muay Thai and Brazilian Jiu-Jitsu black belt previously won the MMA Fighting and Fighters Only Coach of the Year honors in 2012. After winning the 2015 Combat Press “Coach of the Year” award, it’s hard to imagine Cordeiro doesn’t have continued success with his talented stable of current and former fighters.