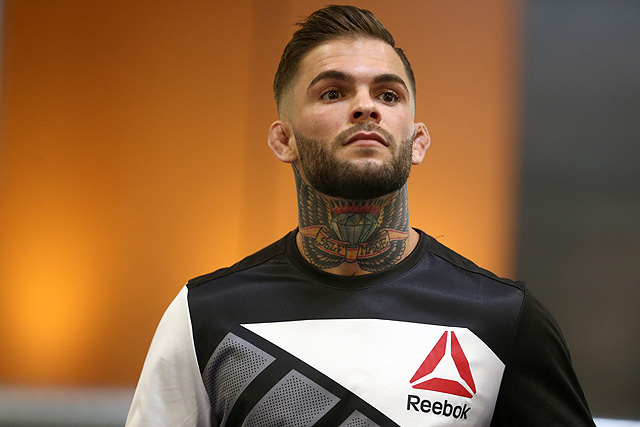 Cody Garbrandt was all about making statements in 2016. The young Ohio native couldn’t have made a bigger one to finish off his spectacular year.

Garbrandt slugged, talked and even danced his way to a perfect year, capping off his incredible 4-0 run by winning the bantamweight title in impressive fashion over Dominick Cruz at UFC 207.

It was this tremendous run that makes Garbrandt the 2016 Combat Press Breakout Fighter of the Year.

Garbrandt had championship aspirations the moment he arrived at Team Alpha Male. His insatiable desire was matched by a supreme talent level and eagerness to learn.

The young prospect became the talk of the team, and he has yet to disappoint. After jumping onto the scene in 2015, Garbrandt stood out even more in 2016, blasting three opponents in the first round before besting Cruz in another outstanding showing.

Some figured it was a case of “too much, too soon” for the 25-year-old nicknamed “No Love,” but no moment has been too big for Garbrandt thus far.

The Alpha Male fighter called out Cruz, who had cemented himself as the king of the bantamweight division with his win over T.J. Dillashaw earlier in the year. Cruz looked every bit as good as he had before numerous injuries derailed his career, and many expected his experience and gamesmanship to be too much for Garbrandt.

Garbrandt reveled in the moment, though, not letting the trash talk affect him. In fact, he seemed to bask in the added attention in the UFC 207 co-headliner. He was a step quicker than the usually lightning-quick Cruz, and dropped him with shots, danced in between dodges and enjoyed every part of the spotlight.

It gave Garbrandt the win and the chance to bring the UFC belt to Team Alpha Male. It was also the latest breakout performance for the 2016 Combat Press Breakout Fighter of the Year and added assurance that the best is still to come for Garbrandt.