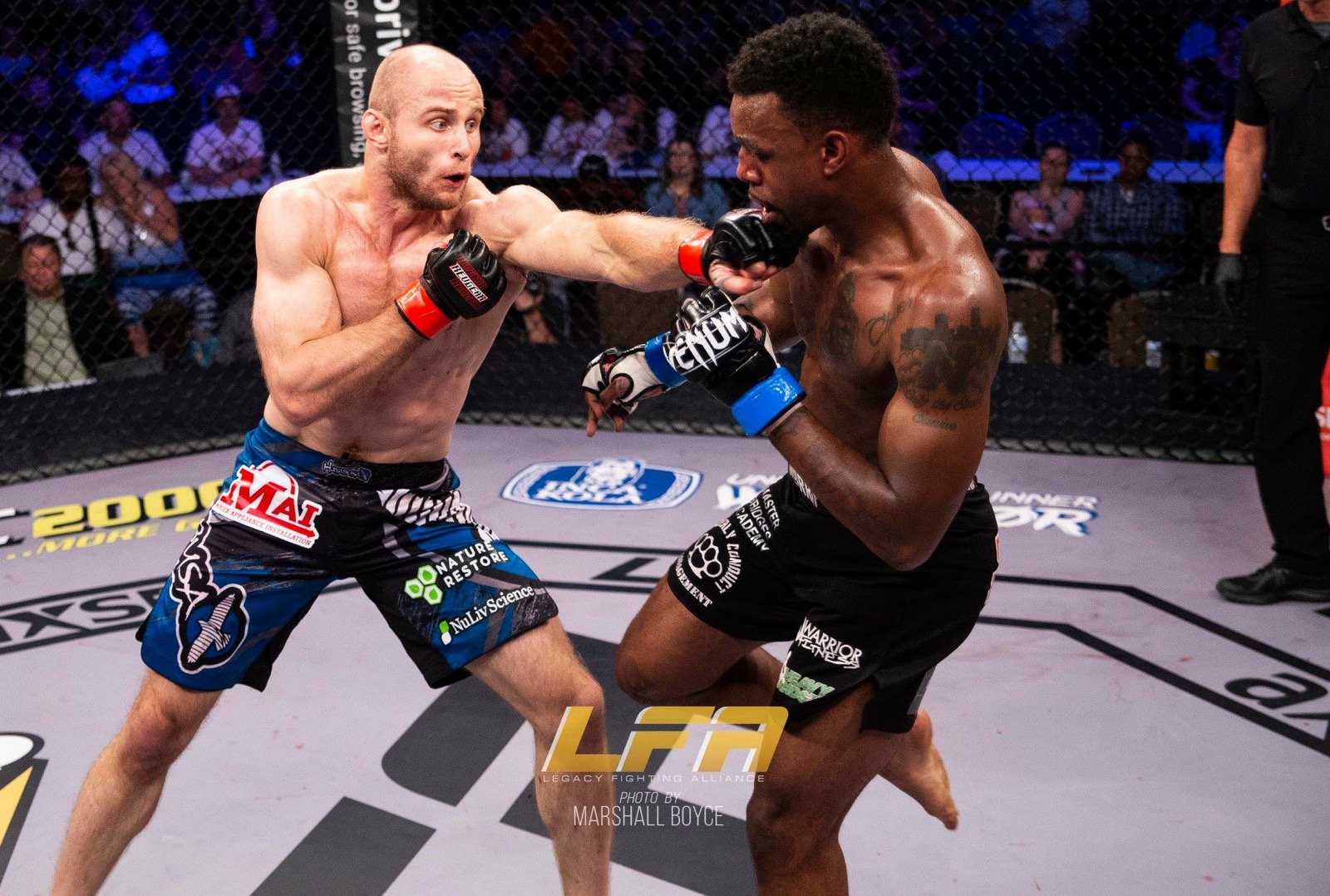 Moving away from home can be a great thing for some, but it’s a burden for others. One of the most common reasons someone leaves their hometown, or even home country, is simply because of opportunity. However, even if leaving home is a great, life-changing experience, there can be little things that are often missed. After all, life really is about the little things.

Julius Anglickas grew up in Lithuania. When he was 14 years old, he moved to New York. Lithuania, like many former Soviet Republics, has had its fair share of economic struggles, so his family came to the United States looking for a better life. This not only shaped the future of his family, but specifically shaped his future as an athlete.

“My parents left five years before I did,” Anglickas told Combat Press. “They went — just like everybody else did — to find work. They left when I was around nine, and I was living with my brother and my grandma. We got kind of used to being on our own a little bit. It was funny, because when we got back with our parents, we had to get used to being back around them.

“[Lithuania has] sports, but it’s not like here, where kids have sports going on in school every month. We don’t have that. It’s just too expensive. We do have clubs around town for soccer and basketball, but it’s not like the variety here in school.”

When Anglickas was growing up, he was limited in his sports choices. When he moved to New York, it was very different.

“I started wrestling in high school,” Anglickas said. “I was actually trying out for basketball, because I did a little bit of basketball in Lithuania. The team sport didn’t work really well for me, and I got cut from the tryouts. That’s when I started wrestling in my freshman year in high school. My friend told me, ‘No more basketball for you. You can wrestle.’ I tried it out, I liked it, and I did it four years in high school, before going to [The College of] Brockport and finished at [Missouri Baptist University].”

Anglickas spent two years at Brockport before transferring to “Mo Bap” at the suggestion of his high school wrestling coach. His coach knew he had a ton of potential and wanted him to head to the Midwest, arguably the home of American wrestling. After graduating from Mo Bap with a degree in exercise science, Anglickas enrolled at Lindenwood University in St. Charles, Mo., to pursue his Master’s degree in physical education. Fortunately, location alone led him to his second calling as an athlete.

“I found a gym, and the gym was like five minutes away from the school,” Anglickas said. “I just started cranking from there.”

While Anglickas always wanted to be a teacher, he found the red tape involved with getting there to be a bit cumbersome. The gym he walked into four and a half years ago was St. Charles MMA. From Lithuania to New York to the outskirts of St. Louis, Anglickas made his amateur debut in April 2015. Two months later, he was 4-0 as an amateur with all of those fights ending by first- or second-round finishes. Six months later, he made his pro debut.

Three years have gone by, and now Anglickas is 5-1 as a pro. He has fought in major regional promotions like Shamrock FC, Victory FC and the Legacy Fighting Alliance. His last win came in December, when he scored a first-round TKO. That’s not bad for a guy who was planning on going into teaching less than five years ago.

“My last fight was good,” Anglickas said. “I feel like I came out a little slow. I watched myself compared to my other fights, and it took me a little time to get started. That’s when he hit me good. He hit me with an overhand right, and I was like, OK. He had a different body and a different feel, so even though it ended in the first round, I still feel like I gained something just by him being so awkward. I learned to be the one who starts and the one who pushes the pace.”

Whether or not Anglickas was wholeheartedly pleased with his recent victory, his four-fight winning streak has led him right into a huge opportunity. Three weeks ago, he found out he will headline LFA 60 tomorrow night in Clive, Iowa. Anglickas takes on Clayton York for the vacant light heavyweight title.

“I couldn’t believe it,” he admitted. “I was like, ‘Oh snap, I’ve only had one LFA fight.’ But, then, I had two wins right after, and it kind of makes me feel good. It feels like they believe in me, and also like the hard work is paying off. I’m finally coming into the spotlight. I couldn’t fight for a year and a half, and I’m finally back on the radar. A win there, and I’ll be on a bigger radar for bigger fights. This means everything right now to me.”

York played football at Oregon State, where he was a fullback and also had special-teams duties. Around the same time Anglickas joined St. Charles MMA, York found his calling as a fighter at Impact Jiu-Jitsu in Portland. After a successful amateur career, he made his pro debut two years ago. York is now 5-0 as a pro. Both men can finish a fight just about anywhere, so this makes for a very interesting match-up.

“He’s a strong, big guy, but at the same time, he does carry a lot of muscle,” Anglickas said. “Hopefully, he will gas out way before me. For this camp, I did a lot of wrestling and a lot of jiu-jitsu, so I think this will be the toughest fight he’s had. I need to be careful with his wrestling and his ground work, because whenever he holds onto you, he’s really strong and won’t just let you go.”

Anglickas actually has a three-inch height advantage in this one. While York does have some wrestling experience from when he was a kid, he has nowhere near the level of grappling experience as Anglickas.

“I think I’m going to perform [well],” Anglickas said. “It’s going to be two big guys, and we are both at a high level. It’s not like two amateurs. It’s two big athletes — me and this big football star. It’s going to be explosive and really high in athletics.”

Anglickas is in a much better position in life than he could have been growing up in Lithuania, but there are still those little things he holds close to his heart. One of them is definitely the food.

“I miss the cepelinai, which I guess comes from the word zeppelin,” Anglickas stated. “It looks like that, too — like a football. Now, I’m craving it. It’s like a mashed potato with meat in the middle, and you boil it. It’s probably the biggest national dish.”

Mashed-potato-wrapped meat sounds fantastic, but it’s not exactly the typical weight-cut fare. After LFA 60 — and, if all goes well for him, a title win — Anglickas can enjoy his favorite national dish until he moves into the next step of his career.

Anglickas would like to thank all of his coaches and training partners at St. Charles MMA, as well as all of his family, friends, fans and sponsors: Helixx Sports, Strix Vitro, STL Axe Throwing, Nulivscience, Green Hill Kitchen, and Summit Sign & Graphics. Follow Julius on Twitter: @JuliusAnglickas
Advertisement