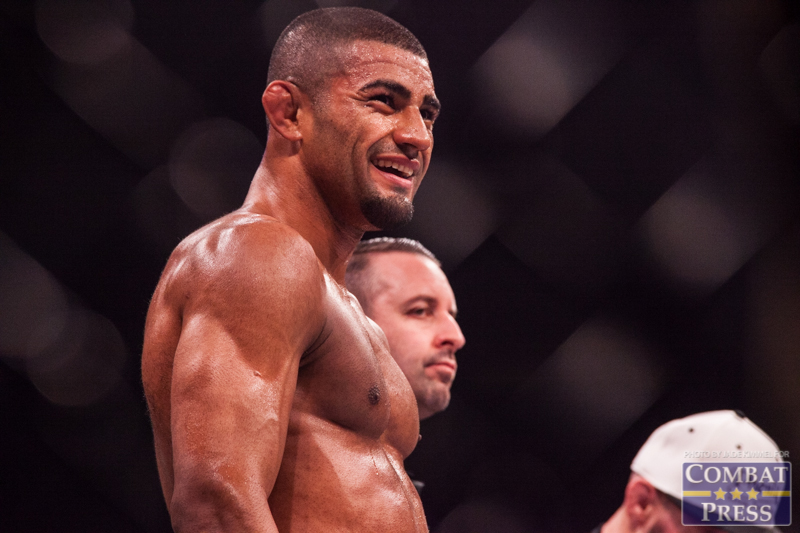 Win or Lose, Douglas Lima is Still a Top Welterweight

Bellator MMA finally has an elite champion in the form of the “Red King” Rory MacDonald. However, we should not overlook the man he defeated, Douglas Lima.

MacDonald, a UFC veteran, went through his toughest test to date when he fought for his first professional title in a high-level organization. He took on Bellator’s welterweight champion Lima at Bellator 192 and captured the crown. Lima battled for 25 minutes and ultimately lost a razor-close decision to MacDonald. Perhaps now more people will take notice of “The Phenom.”

Since joining Bellator in 2011, Lima has managed to compile a record of 11-3, defend the welterweight strap, and compete against some of the very best outside of the Octagon — most notably, Ben Askren and Andrey Koreshkov.

Most people that watched the fight on Saturday night had it dead even heading into the final round. Some people think Lima did enough to remain champion. Others were fine with the outcome.

Taking nothing away from MacDonald’s performance — the heart and mental affinity to overcome such a terrible lower leg injury was incredible, to say the least — but after the fight he definitely looked worse off than Lima.

Is it possible to win in defeat? Yes. It’s possible for Lima to become an even bigger star post-MacDonald than he already was. He has now held his own against an opponent who was a legitimate top fighter in the UFC. While that arguably was already the case after his wins over Paul Daley and Lorenz Larkin, neither of those main ever attained the status MacDonald held inside the UFC.

To a man, every fighter that has faced off against Lima has said the same thing. They say Lima is the best fighter they have ever fought. When MacDonald took to the mic in his post-fight speech and echoed that sentiment, people took notice.

MacDonald has been in wars with the who’s who of MMA. He’s fought B.J. Penn, Robbie Lawler and Demian Maia. The “Red King” also holds a convincing unanimous-decision victory over current UFC welterweight champion Tyron Woodley. So, for MacDonald to hold Lima in such high regard should really say something about the kind of fighter and man we have in the Brazilian-born, Atlanta-based former Bellator champ.

In this writer’s opinion, Lima is a top-five welterweight. MacDonald may just be No. 1 — only time will tell. I have a sneaking suspicion that Lima will watch Bellator 193’s main event this weekend very closely. The winner of the fight between the aforementioned Larkin and Fernando Gonzalez just might be “The Phenom’s” next opponent.

For MacDonald, some well-deserved time off is up on the agenda. But what about the former welterweight champ Lima? If his resume tells us anything, it is that he’s not going anywhere. “The Phenom” will return, and he’ll be better than ever.