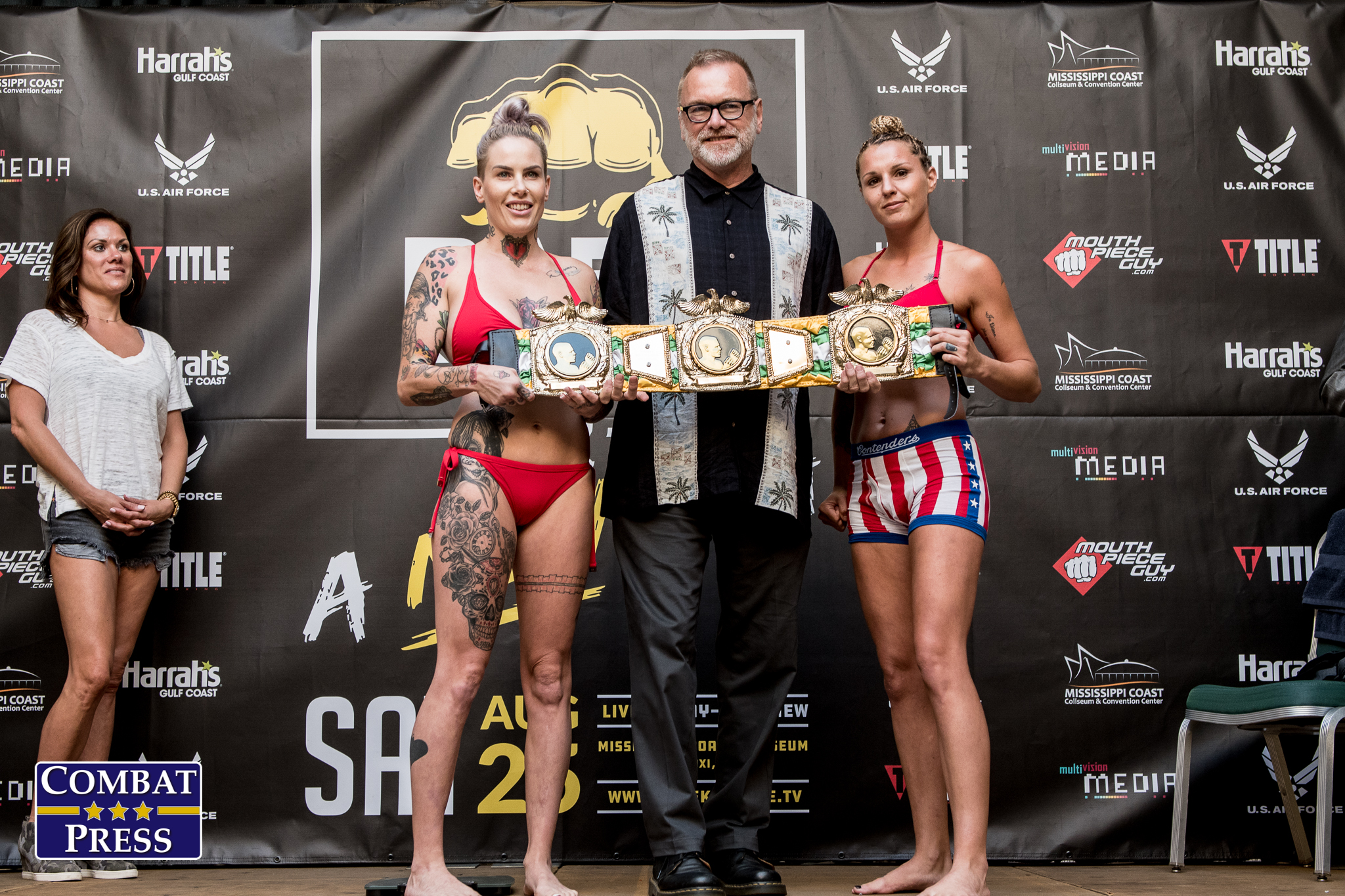 In the night’s headliner, UFC veteran “Rowdy” Bec Rawlings returns to the promotion to face off with professional boxer Britain Hart of Utah. The Australian Rawlings picked up a second-round TKO victory over Alma Garcia at the promotion’s inaugural event in June.

The card also features the return of Joey Beltran, Tony Lopez and Sam Shewmaker, who all appeared on the promotion’s previous card.

The promotion held its weigh-ins on Friday, Aug. 24. Below are the results of the weigh-ins, as well as photos from the event shot by Phil Lambert of Combat Press. Click an image for a larger version.