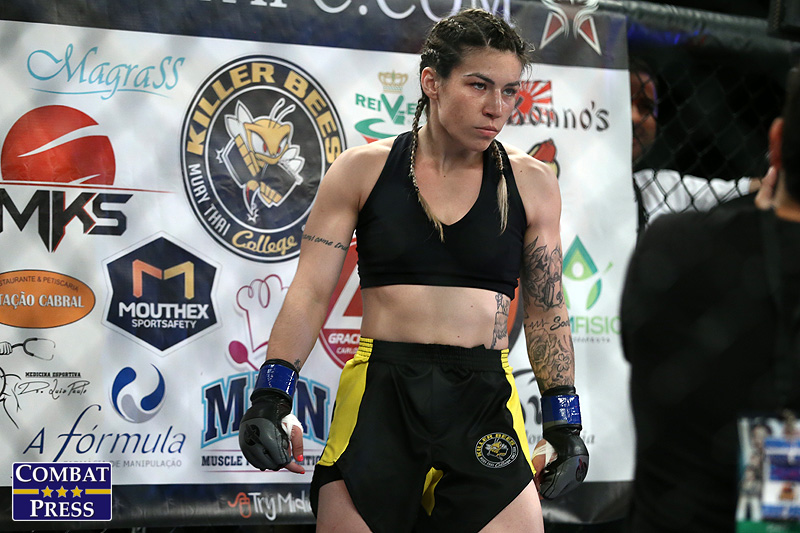 A late change has hit next week’s Invicta FC 26 card. Japanese standout Mizuki Inoue was removed from the planned 115-pound contest with Janaisa Morandin and will be replaced by Brazilian prospect Kinberly Novaes. The news was confirmed by the promotion earlier today.

Since dropping a decision to UFC strawweight Alexa Grasso, Inoue was riding a four-fight winning streak into the highly anticipated strawweight bout. The run included three stoppages via submission. She has not seen action in over a year, defeating Lynn Alvarez at Invicta FC 18 last summer. Mizuki will now have to wait on the sidelines as her replacement looks to move up the ranks of strawweight.

Unknown to many North American fans, Kinberly Novaes has proven to be a tough fighter on the regional circuit. She last competed at Pancrase 287 where she dropped a decision to recent UFC signee Syuri Kondo, falling short in her bid to capture the promotion’s strawweight title. The 9-3 Novaes has faced the likes of Juliana Lima, Jéssica Andrade, Herica Tiburcio and the previously mentioned Kondo.

One of the top prospects coming out of Brazil, Morandin opened her career with a perfect 9-0 record and was touted as the top atomweight prospect in the world. However, she struggled to make the atomweight limit and has opted to stay at 115 pounds for the time being. Morandin tasted defeat for the first time earlier this year as she was outpointed by former strawweight queen Livia Renata Souza in August.