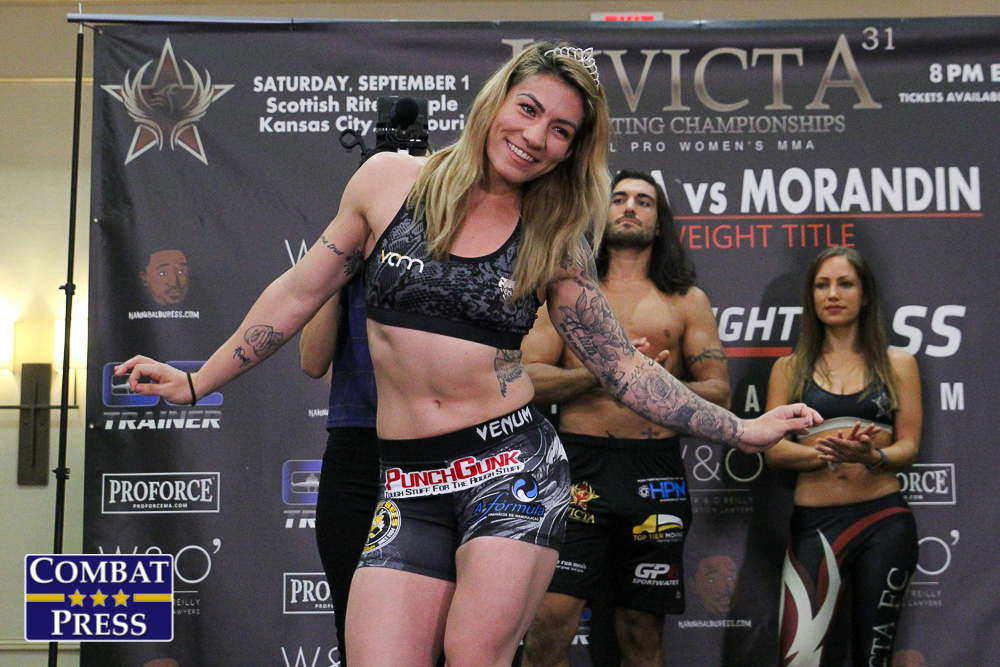 In the night’s main event, former strawweight title challenger Janaisa Morandin battles Mexico’s Montserrat Ruiz. The 25-year-old Brazilian Morandin will be making her fifth appearance in the Invicta cage. She’s faced a gauntlet of opponents, including former champions Virna Jandiroba and Livia Renata Souza. Ruiz returns to action after suffering her first career defeat to UFC veteran Danielle Taylor at Invicta FC 33. Prior to the setback, she had won eight straight with four finishes.

The fighters hit the scales on Wednesday, July 29.

* – Morandin missed the strawweight limit of 116 pounds and was fined 25 percent of her fight purse.