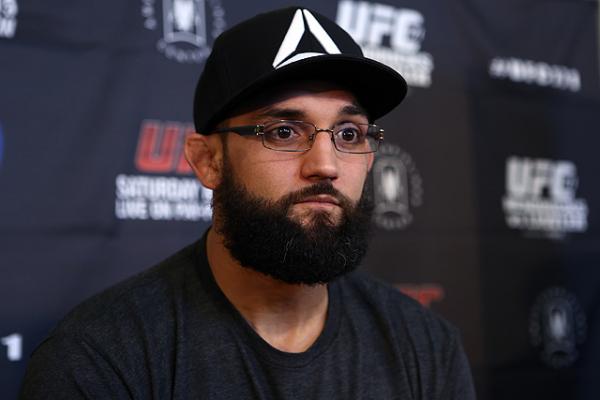 Johny Hendricks currently holds the ranks of best welterweight in the world not named Robbie Lawler. But his next bout won’t be for a title, and he believes he knows why.

“It’s not even so much the UFC’s fault. It’s also the fans; whenever they do a polling of the fans, they might want something different,” Hendricks said.

While Hendricks may be correct in that he hasn’t enjoyed as much fan support as other fighters in the division, something that is definitely a hindrance, Hendricks needs to only look in the mirror as to the reason why he’s not in title match-ups.

Hendricks has been involved in three consecutive title bouts, so it’s not as if he hasn’t had the opportunities. It’s incredibly rare in this sport for someone to receive three title bouts, let alone three in a row. We’re talking about a sport where most of the athletes will never find themselves ranked in the top 10, let alone receive multiple title shots.

The title bouts were a roller-coaster ride for Hendricks. He legitimately had a reason to complain about his close loss to Georges St-Pierre and was able to secure a victory against Lawler at UFC 171. The fight was incredibly entertaining, but in the aftermath Hendricks would go on the shelf with a torn bicep. With Hendricks sidelined, Lawler picked up two impressive victories and was ready for another title shot upon the return of Hendricks.

The two squared off at UFC 181 with Lawler taking the rematch. Hendricks weathered an early storm to take the middle rounds, but he faded badly in the championship frames. Images of Hendricks simply clinging to Lawler for dear life were lasting impressions for MMA fans. The stats (provided by Fight Metric) tell the story: Hendricks secured only five of his total 17 takedown attempts and managed meager numbers in the grappling department — one submission attempt, one transition and a grand total of one significant strike landed on the ground were all that Hendricks could muster.

The former UFC champ claimed his “body shut down” following a botched weight cut. While that may have been true, it immediately appeared like an excuse for Hendricks attempting to coast the final few rounds at UFC 181.

Hendricks vowed to change things up in his training camp prior to his clash with Matt Brown. It appeared he did so. Hendricks came into the fight looking to be in terrific shape. In a fight that was billed as a stand-up war of attrition, Hendricks played it safe and utilized his wrestling base to completely negate the offense of Brown. What Hendricks did was employ a tactful game plan that gave him the best chance for a victory. However, it’s not exactly a fan-friendly style to watch. Yes, he was far more active on the ground against Brown, but it still left a lot to be desired.

The UFC’s welterweight division has seen its fair share of “safe” fighters sitting at the top of the division in recent years. During most of GSP’s run as champion, the man was despised for his defense-first game plans, and perennial top contender Jon Fitch became one of the most unwatchable fighters for many fans during his UFC run. If Hendricks wants to employ a safer strategy than slugging it out on the feet, he shouldn’t expect a wave of fan support to follow.

Now, I’m certainly not campaigning for Hendricks to put his mental health on the line every time he steps into the Octagon. He has every right to utilize a grappling-centric offense to win fights without taking punishment. In fact, if that offers him the best chance at victory, I would be all for it. Yet, at the same time, if he’s going to use that strategy, there needs to be more offense. He did cause damage to Brown in their contest, but it didn’t ever appear that Hendricks came close to finishing the contest. It was an effective win, but not one that left fans craving for another Hendricks fight.

That certainly won’t be the case after Hendricks seemingly pointed the finger at MMA fans. Hendricks feels that as the No. 1 contender, he should be next in line for a title shot. It is a sound argument, except, as we’ve seen in the past (see: Conor McGregor, Bethe Correia), the top-ranked fighter doesn’t always get the next title shot. Fans want to see fighters that are entertaining either on the mic or in the cage. They don’t necessarily want to see the top-ranked fighter.

Hendricks also forgets to mention the fact that both Lawler and Rory MacDonald had to win multiple fights to earn a title bout. Lawler knocked out Jake Ellenberger and secured a win against the aforementioned Brown in a slugfest. MacDonald earned wins over Demian Maia, Tyron Woodley and a knockout win against former Strikeforce champ Tarec Saffiedine prior to facing Lawler. Hendricks has had one fight since his loss to Lawler. The Hendricks biceps injury may have caused Lawler to take more fights prior to their rematch, but we didn’t hear Lawler complain about it either.

It’s not as if Hendricks is so far removed from title contention, a la Miesha Tate. The former UFC welterweight champion could easily put himself in the title picture if he can defeat Woodley at UFC 192. He will still likely have to sit on the sidelines for an extended period of time, since Lawler won’t be defending the title until January. But if Hendricks can defeat two top-10 fighters, like Brown and Woodley, it will be hard for the UFC to deny him the rubber match with Lawler or a rematch with Carlos Condit. However, blaming fans as the reason why he is not getting title shots isn’t the best way to go about getting one. Providing entertaining, dominant victories is. Whether that’s with his anvil of a left hand or by out-grappling his opponent, Hendricks needs to have some highlight-reel moments to propel himself into a fourth title fight.