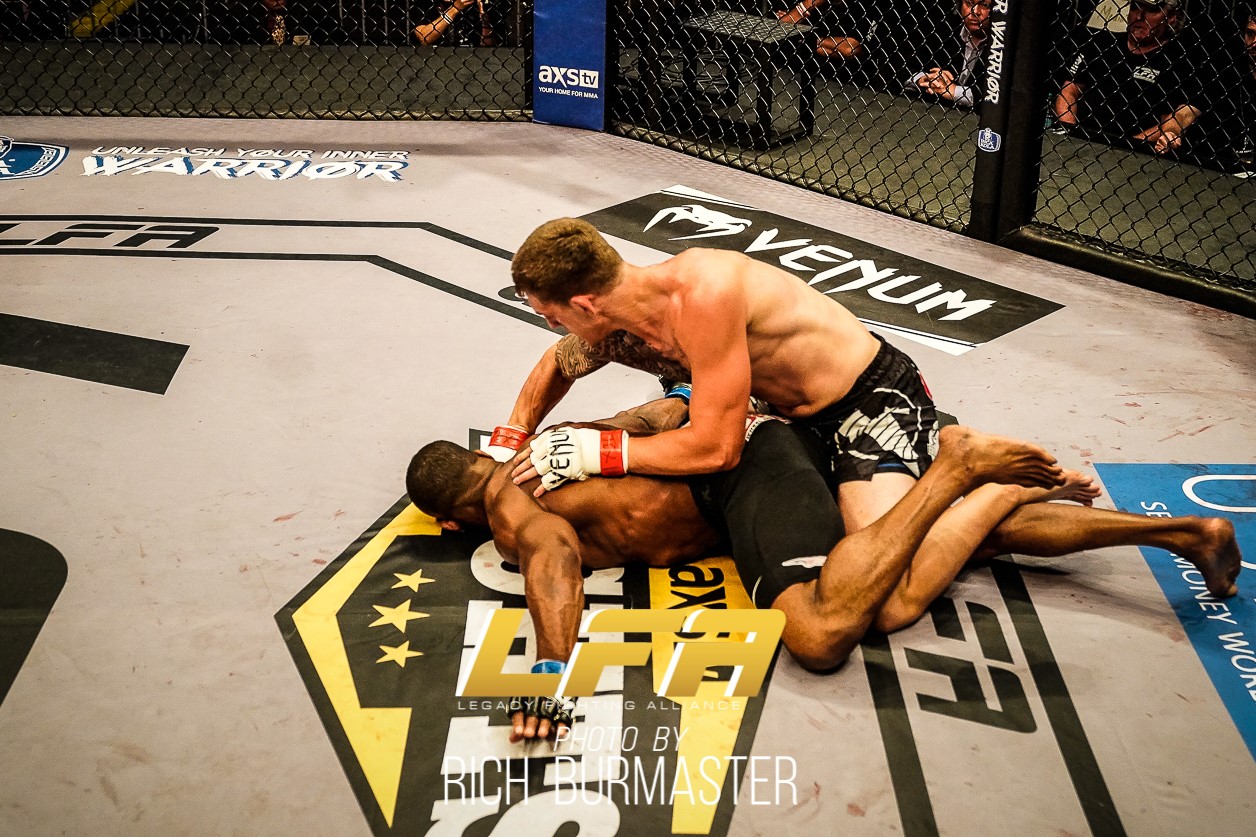 The show’s fourth episode of the season takes place on July 16. The ESPN+ stream gets underway at 8 p.m. ET.

Brendan Allen is just 23 years old, but the Louisianan looks to be a contender in the 185-pound division. He’s highly entertaining and skilled, a combination that lends itself well to any fighter. His strength of schedule is also very impressive. His only losses came to current UFC roster members Trevin Giles, Eryk Anders and Anthony Hernandez. His notable wins include The Ultimate Fighter alum Charlie Rader, Looking for a Fight vet Chris Harris and top middleweight prospect Moses Murrietta. Despite his youth, Allen already has 14 pro fights under his belt. This is a great amount of experience for a guy who hasn’t even peaked yet. Imagine Allen in another few years. He could do very well for himself at the highest level of the sport.

When heavyweights collide, it’s either a violent, powerful affair or a sloppy, hard-to-watch monstrosity. When it comes to Ricardo Prasel and Dontale Mayes, we’ll put our money on it being the former of the two scenarios. Both men are big-time finishers. They are good athletes for men their size, too. These guys will be out to blast each other’s head off. Given their athleticism and decent cardio, this fight won’t get too sloppy if it goes into deep waters. However, the finishing prowess of both men could lead to a short night. It will be fun while it lasts.

With all of the available bantamweights out there, it’s a little curious that the UFC went with Armando Villareal, who carries just a 5-1 mark. He has not fought the highest level of fighters, 40 percent of his wins have been decisions, and his loss came to a fighter who was just 1-0. Sure, he has an excitement value to him. However, this is the Contender Series, not the “Excitement Series.” There’s no way we can buy into Villareal in the UFC right now, even with a win here.

Undefeated and fighting out of American Top Team, Kevin Syler of Bolivia is truly a guy you want to watch out for on fight night. Kevin is the brother of UFC vet Bentley Syler. He is just 25 years old and a true prospect. He appears to be the better of the two Syler brothers, and his 8-0 record to this point is proof of that. He’s consistently taken on better fighters and continued to impress. Syler has gone to decision just once. Most of his wins have come by submission, including heel hook, guillotine choke, arm-triangle choke and rear-naked choke. He takes on another undefeated fighter in Lance Lawrence, so this could be the true test that puts him over the top.

The UFC has had its eye on Dontale Mayes for a while. He’s in the heavyweight division, which is in need of more talent at the UFC level. Mayes has the skills to compete there, so he’ll have a contract this time Around if he scores a victory.

Brendan Allen is a Legacy Fighting Alliance champion, which alone should net him a contract with a win. He’s also highly entertaining, something the UFC boss Dana White desires in his employees.