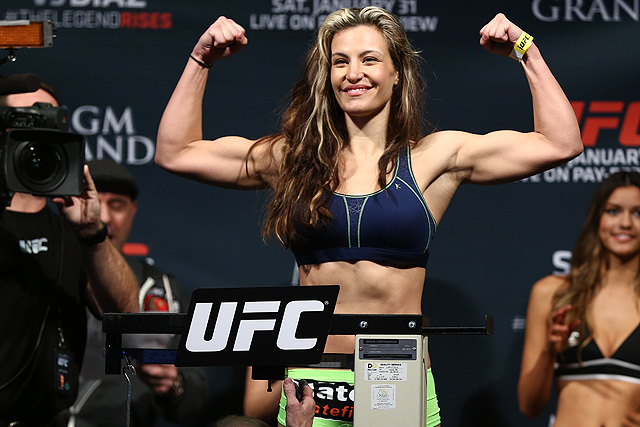 On Saturday, July 9, the UFC will host UFC 200: Tate vs. Nunes from the T-Mobile Arena in Las Vegas.

As such, a women’s bantamweight title fight between champion Miesha Tate and Brazil’s Amanda Nunes will take the top billing. Tate, who claimed the belt with a fifth-round submission of Holly Holm at UFC 196, looks to defend her belt for the first time. Nunes enters the title affair having won three straight.

In the co-main event, former heavyweight champion Brock Lesnar squares off with knockout artist Mark Hunt. The current WWE superstar Lesnar returns to the Octagon for the first time since a knockout loss to Alistair Overeem at UFC 141. Hunt, meanwhile, rides the momentum of back-to-back knockouts of Frank Mir and Antonio “Bigfoot” Silva.

Also on the main card, former middleweight champion Anderson Silva steps in on three days’ notice to face the aforementioned Cormier in a non-title bout and former featherweight champion Jose Aldo rematches Frankie Edgar with the interim title on the line.