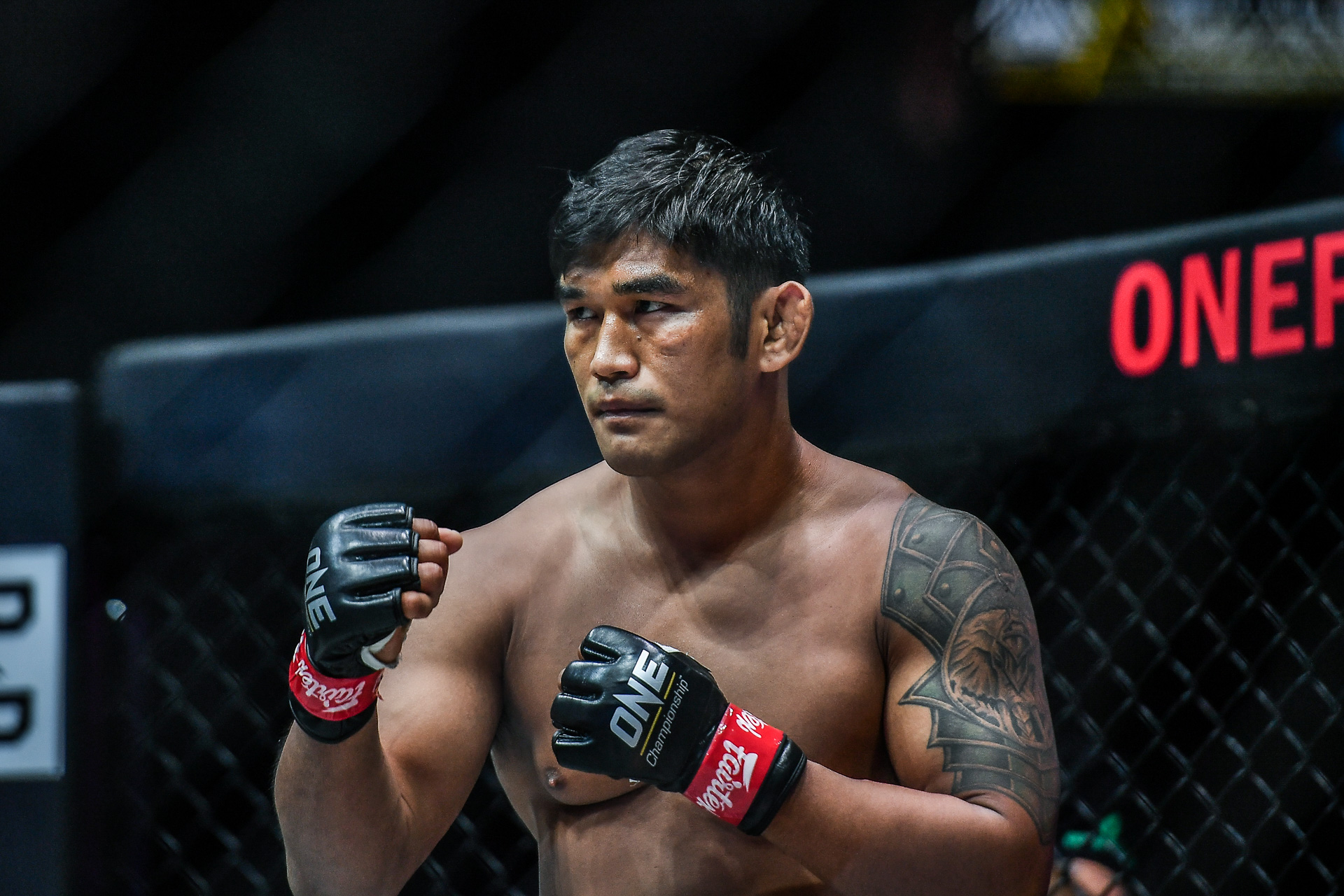 Sometimes, a simple life is the best. And, that is certainly the case for the longtime mixed martial arts veteran Aung La N Sang. Living with his wife and three kids in Florida, where he trains at Kill Cliff FC, he keeps his head down, works hard, maybe does a little Bible study with teammates, and spends time with family and friends.

“I like to do a little cooking,” N Sang told Combat Press. “And, I like hanging out and hosting my friends, or hanging out with my family and playing some some games, like Catan.”

N Sang’s kids are seven years old, two years old and 3 months old, so he has his hands full with young children. However, having grown up in a large family in Myanmar, where he did a little soccer, karate and weightlifting as a kid, he is used to being a homebody, spending time with those close to him.

“It was very different, but peaceful,” said the former ONE Championship two-division champ. “I lived with a lot of cousins and a lot of aunts and uncles. My dad had a house in Myitkyina, and we had a lot of, like, cousins living with us. We had about, I’d say, 30 people living in that one house, but that’s normal, you know?

“Back then, we didn’t have electricity, and we didn’t have running water. We had well water. Life was good. We ate together. We played together. We were together as a family, but life back then was very different. Myanmar is a third world country, so the things that you take for granted are a luxury over there. You know, simple things, like that light behind you, the water running in your sink that you can drink – those are luxury for us. But, we had a lot of happiness, because we were with the family, and we had a good time, man”

N Sang has been a pro MMA fighter since his pro debut in Mar. 2005, coming up on 18 years. In that time, he has racked up a record of 27-13-1, and has finished a whopping 25 opponents, with 13 by knockout and 12 by submission. In addition to winning and defending both the ONE middleweight and ONE light heavyweight titles from 2017 until a couple years ago, he has fought across a bevy of U.S. promotions, including King of the Cage, Ring of Combat and Bellator. He has been around the block more than a few times, and even at 37 years old, he has no plans of slowing down.

“It’s my calling, you know?” said N Sang. “It’s my calling, and I’m very passionate about mixed martial arts. And physically and mentally, I can still do it. It’s the reason why God put me here on Earth, so I’ve got to keep doing it.

As a champ-champ, N Sang was already in a unique position as a fighter. Not many fighters in history have held belts simultaneously in in multiple weight class. What is even more unique about his situation, specifically, is that he won the titles less than a year apart, but he also lost them less than a year apart. Not only that, but he lost them in back-to-back fights against the same guy, Reinier de Ridder.

The Dutchman de Ridder made a quick climb in a promotion that N Sang had already spent years in. It was only his fourth fight under the ONE banner, when ha captured N Sang’s middleweight title in Oct. 2020. Then, in Apr. 2021, the two fought again, and de Ridder won the light heavyweight strap. N SAng has had two shots in a row against de Ridder, and he understands what the likely reason was he had two tough outings.

“He has given me problems,” said the man they call “The Burmese Python”. ”He’s very rangy and long and a great grappler. And, I’m shorter and a very head-on fighter – more of a striker – which plays into his game. Styles make fights, and he’s just, stylistically, a bad match-up for me. But I have to improve, and I have to get better.”

A few months after his second bout with de Ridder, N Sang faced Leandro Ataides and won by first-round knockout to get back in the win column. However, in Feb. 2022, he had a rubber match with Vitaly Bigdash, who had fought in back-to-back fights in 2017. The first one, Bigdash won by decision for the middleweight strap. The second one is what earned N Sang his first ONE title. In their third mathc-up, however, Bigdash won by decision, putting N Sang at 1-3 in his last four fights. He learned a lot from that one.

“I should probably be a little bit smarter to not take fights when I’m physically unable,” admitted N Sang. “Like, when I’m physically not at 100-percent. Sometimes, as fighters, during camp, a lot of things can go wrong, you know? But as fighters, we can never say, ‘no.’ But, sometimes, as a professional fighter, you have to make better decisions.”

Training at what is now Kill Cliff FC in South Florida – after a few name changes – N Sang has a huge squad of world-class teammates and coaches to work with. But, even for a big team, the atmosphere is like family.

It is in that great environment that he has been training for his next bout. On Saturday, Nov. 19, N Sang will be fighting another longtime MMA veteran in Japan’s Yushin Okami. Okami, who spent a combined 10 years – across two separate stints – in the UFC, where he had some iconic battles against the “Who’s Who?” of UFC middleweights. He has black belts in Judo and Brazilian jiu-jitsu, as well as a penchant for knockouts. Even though he has only been a pro three years longer than the Burmese fighter, N Sang has always idolized him.

“Stylistically, he’s a bad opponent – you know, bad stylistic matchup – for me, because he’s a long, rangy grappler as well,” said N Sang. “But I prepared well for this one, and I’m going to put on a show. I’m going to put on a great show, and I’m going to break him within the three rounds. As a fighter, I’ve always looked up to him. He’s one of the pioneers of mixed martial arts for Asian fighters, so, you know, I’ve been watching for the last decade – more than a decade now – since when he was in the UFC. I’ve been a fan of his. It’s going to be cool to fight somebody that I am a fan of.”

N Sang has come a long way since living in a house with 30 people in his native country. However, he is not even close to slowing down. He held gold for a long time, and he is aiming to ge that gold back. On Saturday, live from the Singapore Indoor Stadium, he will look to get one step closer to another title shot.

“I want to become the champion again,” said N Sang. “That’s the plan. But this is the first fight, and this is the only fight that I’m focused on right now. I have the skill set – and the ability and the physicality to be there – to be back in the championship picture. You know, I always come to fight. I always look for the finish, so it’s going to be a fun fight for fans to watch. It’s gonna be very entertaining for sure.”

ONE 163 will air in its entirety on the ONE Championship website with the lead card starting at 5 a.m. ET, followed by the main card at 7:30 a.m. ET.