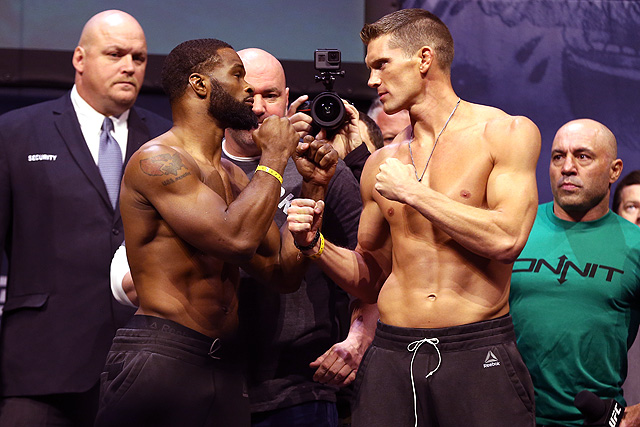 On Saturday, March 4, the UFC will host UFC 209: Woodley vs. Thompson 2 from the T-Mobile Arena in Las Vegas.

In the night’s main event, welterweight champion Tyron Woodley will put his belt on the line once again against Stephen “Wonderboy” Thompson. The pair battled to a draw at UFC 205 in November, allowing Woodley to retain the title. Prior to that, Woodley captured the belt with a violent, first-round knockout of Robbie Lawler at UFC 201. Thompson, meanwhile, rides an eight-fight unbeaten streak that dates back to UFC 145 in 2012. The 34-year-old will look to make the most of his second crack at the champion.

Also on the card, the promotion will crown an interim lightweight champion as Khabib Nurmagomedov battles TUF winner Tony Ferguson. The Dagestani fighter Nurmagomedov holds an unblemished record of 24-0, including eight straight victories inside the Octagon. Ferguson has put together an 11-1 run inside the promotion, including nine straight victories, with six coming before the final bell.

* – Nurmagomedov was hospitalized during his weight cut and the bout with Ferguson has been canceled.