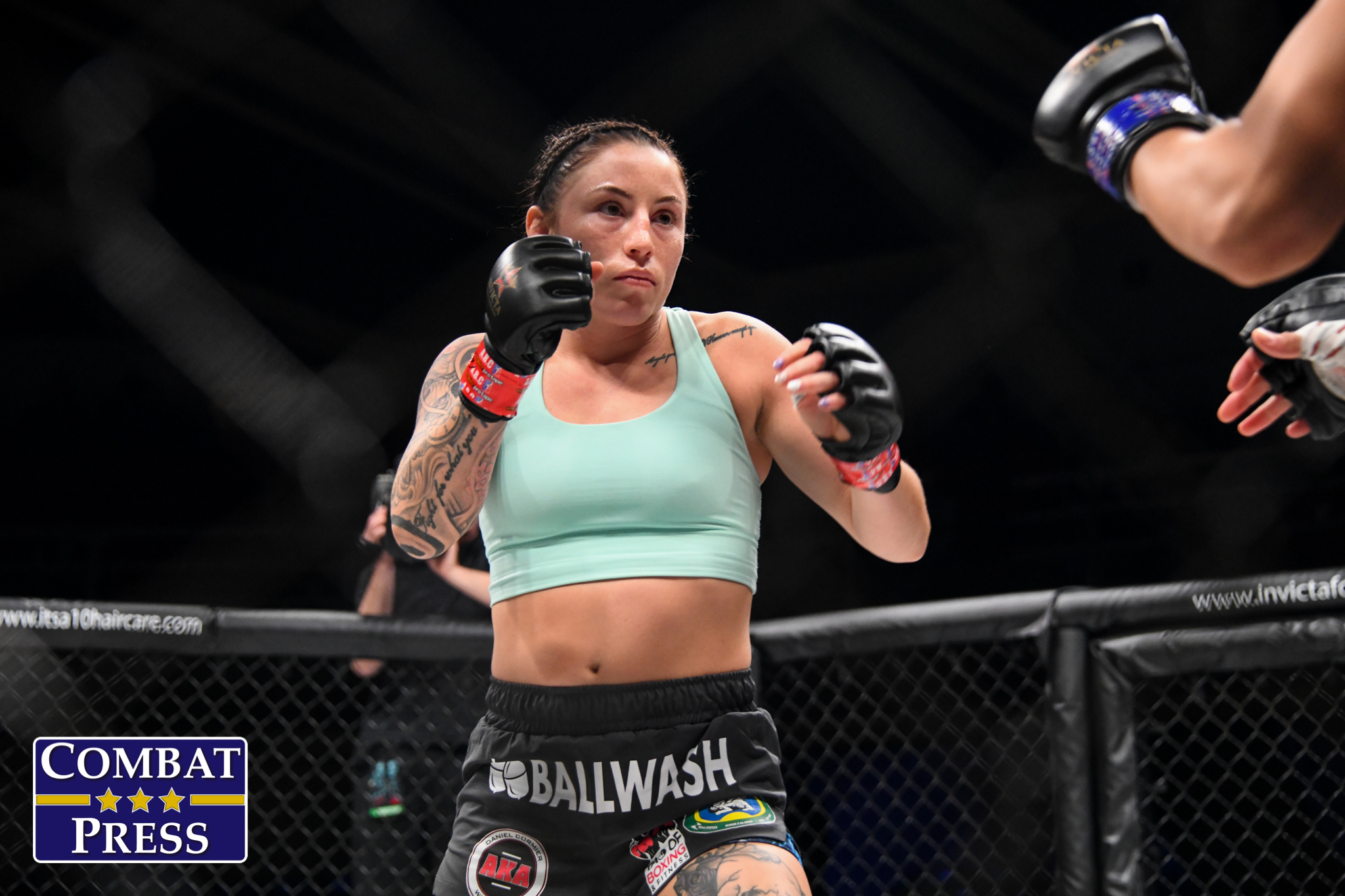 UFC Vegas 44’s Mallory Martin: ‘Never Felt Like That Before’

In the fight game, mentality is everything. And, that is not an idea to be taken lightly. A bad, or “off”, mentality can not only lose fights, but, in that business, it can get you hurt badly. Whether it’s a rough relationship, a negative outlook, or just overwhelming anxiety, nobody wants to walk into the cage distracted. Unfortunately, for UFC strawweight Mallory Martin, she was dealing with a little bit of everything in her last outing.

On Feb. 13, Martin entered the Octagon for the third time to face Polyana Viana at UFC 258. It was technically her fourth time in the UFC cage, if you count her successful showing on Dana White’s Contender Series. She was coming in off of a submission of Hannah Cifers about six months prior, which earned her a “Performance of the Night” bonus. However, she just didn’t feel right in the next one. A lot was going on outside of training.

“That was one of my first fights that I didn’t want to be in there,” Martin told Combat Press. “It was a really weird feeling. And, I love fighting. I love going in there, and trying to break somebody and hurt somebody. But, my last fight, I just wasn’t mentally there. I was dealing with a lot of my personal life, and I didn’t have any fight left in me. I’ll beat Polyana nine out of ten times, but that just wasn’t my night. I can’t explain it, because I’ve never felt like that before.”

In the first round of the Viana fight, Martin ended up tapping out to an armbar. However, after that one, she was not only mentally broken, but physically as well, partially tearing some ligaments in her elbow. It was time to heal, and she needed a break.

“I take this all very seriously, and I didn’t want to get cut from the UFC,” Martin said. “I just didn’t want to go in there mentally like I did for my last fight. So, I did ask my manager, if I could take some time off.”

A lot of times, professional fighters, or even athletes in general, need to take a break. It doesn’t necessarily need to be a long one, but just some time to recalibrate the mind and body. It doesn’t mean they just sit on the couch, though.

“During that time, I focused on lifting,” said Martin. “When I was able to train, I eased my way back in. I helped J.J. Aldrich with her camp. And, then, I did like a month and a half of pre-camp. We stuck to this training schedule. After that, I got a fight scheduled, and I’ve been in camp for a while now. It’s been all good. It’s just been all growth. When you have a long layoff, and you don’t have a fight scheduled, it’s good to improve and get better. That’s what I really focused on these past nine months.”

When Martin was ready to fight again, which was around summertime, her coaches at Elevation Fight Team in Denver let her manager know that she wanted to get something set up for December, and that is exactly what happened. Back in early September, it was announced that she would be facing Montserrat Ruiz at UFC Fight Night: Font vs. Aldo tomorrow night. However, with the fight so far out, she eased into a full fight camp.

“We were about 16 or 17 weeks out, but we didn’t start camp,” Martin explained. “I just trained normally. Once we were about 12 weeks out, we started dialing things in and making it more specific to that fight. I was helping J.J. with her camp, and I improved a lot. That was awesome.”

In addition to Aldrich, the Elevation women’s team is pretty stacked with great training partners. UFC strawweight champ Rose Namajunas spars there for camps, new additions Genah Fabian and Miranda Maverick are now there, and bantamweights Claire Guthrie and Raquel Pennington also add to the mix. She also found a solid training partner in a newcomer to the team.

“Miranda Maverick moved here a few months ago,” Martin said. “I love her. She’s a great person and a super great training partner for me. She’s great on the ground. I just love her – her energy and her vibe at the gym. She’s great to be around and to train with as well.”

The coaching team is stacked as well, including guys like UFC veteran Eliot Marshall, Christian Allen and Peter Straub, all of whom are black belts in Brazilian jiu-jitsu.

“The girls fight team has group messages, and we’re pretty tight, but we’ve all got different coaches,” Martin elaborated. “A few of the girls work with Vellore [Caballero] and Mike [Tousignant]. I work with Peter, and he’s my jiu-jitsu coach and head coach. A few of the other girls work with Peter as well. A few people work with Eliot. But, all of those coaches are there at all of our training sessions, so it still feels like a whole team. We still get input from the other coaches.”

With a fantastic team and a ton of great training in, Martin was really looking forward to the fight with Ruiz. However, a few weeks ago, Ruiz was forced to withdraw, and Martin will now face Cheyanne Vlismas.

“Then, the switch came, and I said yes to that as well. I think this will be an exciting fight, and it could be ‘Fight of the Night,’ for sure. If I go out there, and finish her, I could get ‘Performance of the Night.’”

Vlismas actually lost to Ruiz in her UFC debut back in March. However, she bounced back with a TKO of Gloria de Paula in July. She was scheduled to face Loma Lookboonmee a couple weeks ago, but had to pull out on short notice. She is now stepping in to face Martin.

“Cheyanne doesn’t have any specific things she does really well. She has fast kicks, but they also are the taekwondo style, so they don’t have as much power. To me, I think she has a lot of hype over skill. Skillfully, I think I’m better everywhere.”

Skills are one thing, but mentality can often be everything. Martin knows this good and well. She has taken a lot of steps to improve both her personal and professional lives since her last fight, and she has never felt better going into a match-up.

On Saturday night, at UFC on ESPN 31, Martin will make her 12th walk to the cage as a professional. She is currently sitting at 7-4 in her career, and 1-2 in the UFC. She knows she has work to do and has never been more ready. Hopefully, her time taken to heal will pay big dividends, and she looks to finish Vlismas and, once again, impress the UFC brass.

UFC Vegas 44 airs in its entirety live on both ESPN+ and ESPN starting at 7 p.m. ET on Saturday, Dec. 4.