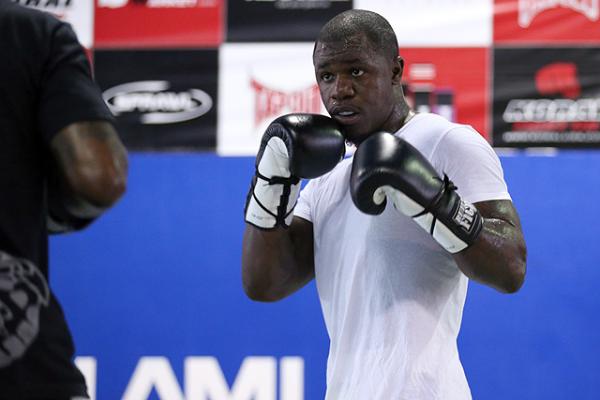 Bellator 141 marks the return of the promotion after a month off. The event takes place in Temecula, Calif., at the Pechanga Resort and Casino with a four-fight main card spanning two weight classes.

The headliner is a lightweight fight between promotional veteran Brandon Girtz and former UFC and World Series of Fighting competitor Melvin Guillard. This will be Guillard’s first fight since his loss to Justin Gaethje in November at WSOF 15. Girtz is also coming back after a relatively long time out of the cage following a victory against Benny Madrid last September.

The co-main event also features lightweights . Bellator veterans Patricky “Pitbull” Freire and Saad Awad are looking to climb up the lightweight division to get their shot at champion Will Brooks. Awad has previously beaten the champion in 2013 before losing a rematch later the same year. Since the loss, Awad has been on a three-fight winning streak. Freire is coming off a unanimous decision loss last September against current lightweight title challenger Marcin Held.

Two heavyweight fights round out the main card. Justin Wren returns to the cage after five years away from the sport to face Josh Burns. Raphael Butler returns to action following a win in February at Bellator 134. Butler will face Lorenzo Hood.

The preliminary card action begins at 7:45 p.m. ET on Spike.com. The main card begins live on Spike at 9 p.m. ET.

Following a debacle with the World Series of Fighting, Melvin Guillard will make his debut in Bellator against Brandon Girtz.

This one is pretty simple for Guillard in terms of what to expect. He really doesn’t have any discernable ground game that could make him a threat for Girtz. The 32-year-old enjoys an overwhelming majority of his wins by knockout. If Guillard has his way in controlling the fight, this contest will remain on the feet. Guillard is a knockout artist and will most definitely look to avoid a grappling affair.

Girtz is 4-2 in Bellator and hasn’t really broken through when faced with the higher talent in the promotion’s lightweight division. His two losses came against Derek Anderson and Derek Campos. Girtz is on the other end of the spectrum from Guillard. The 30-year-old Bellator veteran has claimed a majority of his victories by way of submission.

Guillard tends to have trouble with guys who like to grapple and have any semblance of a ground game. That being said, the UFC vet has defeated guys at Girtz’s level. Guillard has the better striking, and he tends to take a step up in performance when he has an advantage of this magnitude. Guillard by knockout.

This bout between Saad Awad and Patricky “Pitbull” Freire is actually a pretty competitive fight between two veterans of the promotion.

Freire is going to look to keep it standing. While he isn’t a slouch on the ground — he is a Brazilian Jiu-Jitsu black belt — Freire is most definitely more comfortable on the feet, where he has nine wins by knockout. There is one problem that the Brazilian lightweight has with his striking: he likes to fall into a brawl instead of displaying more technical skills. Freire gets loose and wild with his punches, and no fight better shows this tendency than his knockout loss to Eddie Alvarez at Bellator 76. Freire had Alvarez on the ropes and hurt badly, but he got overly aggressive and eventually succumbed to Alvarez.

Awad’s victories are split between submission and knockout, with seven apiece. He has pretty good striking, but he isn’t on par with Freire’s abilities. Awad possesses just as much power as his opponent, but Freire has the more diversified striking attack.

The longer this fight goes, the more it should turn in Awad’s favor. Freire doesn’t have a deep gas tank that can carry his style and pace over three rounds. However, by the middle of round two, Freire should have a TKO victory. If he doesn’t, well, then the outcome becomes more cloudy.

Josh Burns has fought five times already for Bellator, but he has yet to see his hand raised. He has also yet to go past the second round inside the Bellator cage. For those keeping track, that means he has been finished by all five of his Bellator opponents. That includes Bobby Lashley, who handed Burns a second-round submission loss. Burns has displayed some decent striking in his tenure with the promotion, but he has really failed to get anything going against any of the heavyweights he has fought. He has faced pretty much the best heavyweights Bellator has had to offer, though.

Justin Wren is going to have a strong disadvantage in this fight. Wren, who last fought in 2010, has to overcome five years of ring rust. He is only 28 years old, though, so it isn’t like he is on the back end of his career. Wren has some solid ground-and-pound and grappling skills.

While Wren may not have the strength of Lashley, he should be able to get Burns to the ground. From there, it’s up to Wren whether he can open up Burns for a rear-naked choke or go for the kill via TKO.

This heavyweight tilt between Raphael Butler and Lorenzo Hood is another relatively simple fight to break down.

Butler, who has a professional boxing background and six MMA wins by knockout, is going to look to dominate on the feet. His weak spot comes on the ground, although he does have victories by armbar and guillotine choke.Butler’s one loss came against Javy Ayala, who set the blueprint for how to beat Butler. Ayala made Butler quickly back up and then shot for a takedown. It wasn’t long before Ayala submitted Butler with a rear-naked choke. Butler is a finisher, having gone past the first round only twice in his career. The lone time he has gone to a decision, the fight ended in a majority draw with Nick Rossborough. If the fight goes into deep waters, it will be interesting to see how Butler fares.

Luckily for Butler, Hood is a finisher as well. He, too, likes to knock out his opponents. All nine of Hood’s victories have come by way of knockout and none of his fights have gone past the first frame. Hood could certainly get the upset here if he can quickly land a big shot on Butler.

This fight isn’t going past the first round. It’s easy to picture either man walking away with the finish, but I’ll stick with Butler to take the win.