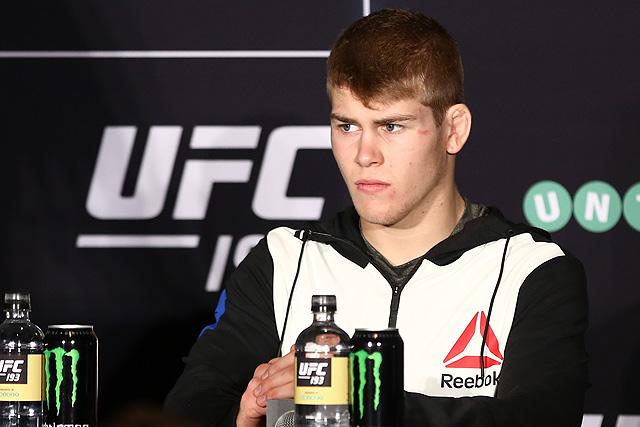 This weekend’s UFC 259 pay-per-view is the best card in the company this year. In a single night, fans will be treated to three title fights, No. 1 contender match-ups, and a whole host of stellar names. However, not all of the evening’s fights are receiving the attention they deserve. Take the preliminary welterweight clash between Sean Brady and Jake Matthews. This bout is not among the night’s featured affairs, but it should not be missed. It will serve as a great appetizer to the main card.

Philadelphia’s Brady compiled a 10-0 record before signing with the UFC. He also won and defended the Cage Fury Fighting Championships welterweight crown. Brady has stayed undefeated in his career in the Octagon while raking in three victories. His first two UFC fights resulted in decision nods over Court McGee and Ismail Naurdiev.

In his most recent fight, Brady scored his first UFC finish. He was pitted against Christian Aguilera at UFC Fight Night: Smith vs. Rakic in August. After trading on the feet with Aguilera in the first frame, Brady took the fight to the ground early in the second round. He transitioned to full mount and attempted a guillotine. Aguilera tapped, then went unconscious. The second-round submission raised Brady’s undefeated streak to 13 fights.

Australia’s Matthews was 7-0 when he made his Octagon debut in 2014. His first UFC appearance came at lightweight, where he finished his first two fights with submissions of Dashon Johnson and Vagner Rocha. His UFC win tally also includes notables Johnny Case and Li Jingliang.

Matthews is currently on a three fight winning streak that dates back to 2019. The Australian prospect secured decision victories over Emil Meek and Diego Sanchez across his last two fights. In these contests, he used his dominant ground game and pressure to get the better of his opponents. His fight with Sanchez at UFC 253 was scored 30-26 by all three judges.

Whilst the betting line favors Brady, the American is only three fights into his UFC career. Conversely, Matthews has been with the company for seven years and 14 fights. The 26-year-old has more fights in company than Brady has in his pro career. Matthews has also tasted defeated, which could serve as a competitive advantage in this match-up.

This welterweight contest serves as a tantalizing affair between two prospects out to take the scalp of the other. Fans can expect a great showdown, which makes this fight one to watch.