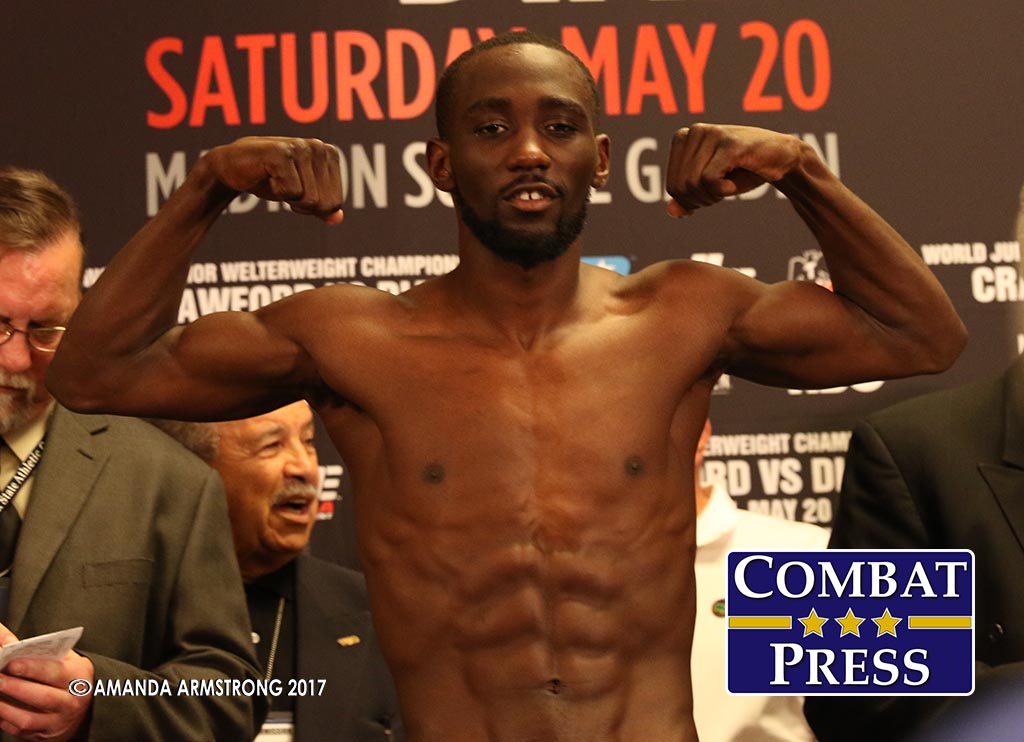 Terence Crawford vs. Julius Indongo: A Look Ahead

This weekend, we have a chance to get a look at one of the top pound-for-pound stars, Terence Crawford.

We also have an opportunity to see something that is rarely seen in this age of multiple world championships. This one is gonna be for the undisputed junior-welterweight title. All four of the division’s major world titles and even the IBO championship will be on the line.

Crawford meets Julius Indongo in the 140-pound division for a title-unification bout that will air live on ESPN. The fight tops the card, which takes place at Pinnacle Bank in Lincoln, Neb.

Ahead of this rare occasion in the sweet science, it might be fun to take a closer look at the fighters’ careers and the paths that led them to this showdown before predicting how this fight will go down.

Little was known of this tricky southpaw from Namibia until a few years ago. He had fought in the 2008 Olympics, where he lost in the first round of competition. The only familiar name on his professional resume until recently would’ve been Kaizer Mabuza, and that name would only be familiar to the most ardent of fight fans.

Needless to say, it was quite shocking when Indongo seemed to come out of nowhere to blast out highly ranked Eduard Troyanovsky in 40 seconds and pick up the IBF and IBO world titles. Though this victory was highly impressive and quickly stamped Indongo as somebody to keep an eye on, it didn’t tell us much about him either, other than he’s not to be taken lightly.

For his next bout, though, Indongo traveled to Glasgow, Scotland, to take on three-division world champion Ricky Burns. This gave us a better look at Indongo, and just what he was capable of doing. The very tall and awkward Indongo gave Burns fits from the opening bell. Indongo was able to beat Burns to the punch, both on the inside and outside. Burns tried as best he could, but wound up losing a unanimous decision. The scores were 120-108, 118-110 and 116-112 for Indongo. Frankly, even the few rounds that were given to Burns by two of the judges were generous, as the 120-108 scorecard seemed more appropriate. It would be foolish to overlook Indongo at this point. He’s proven that he’s no joke.

Crawford, an accomplished amateur, started really making waves as a pro in 2013 when he took on Breidis Prescott on short notice and completely dominated him.

In 2014, Crawford won his first world title from the aforementioned Burns. At the time, Burns was the reigning WBO lightweight champion. Crawford ventured to Glasgow to dethrone Burns and begin what would turn out to be a stellar year for his career. He went on to defeat Yuriorkis Gamboa and Raymundo Beltran in the same year and really stamped himself as a force in boxing by winning several “Fighter of the Year” honors in the process, most notably from the Boxing Writers Association of America.

In early 2015, Crawford made the move up to 140 pounds, where he quickly picked up the vacant WBO championship by defeating Thomas Dulorme. He’s gone on to defend the title five times while unifying with the WBC championship along the way. He defeated the highly ranked Viktor Postol, and is currently viewed as one of the top pound-for-pound boxers in the sport right now. He’ll be the heavy favorite against Indongo.

Crawford has a tendency to start off slowly and study his opponent. This approach, combined with Indongo’s awkward style, might allow Indongo to give Crawford difficulty in the early rounds, possibly winning a few of them. However, around the fourth round, Crawford can be expected to turn up the heat while starting to land with greater regularity on Indongo.

This is where the fight will get interesting. We haven’t previously seen Indongo take much heavy punishment from an opponent yet, and he almost certainly will from Crawford. If he’s able to stand up to Crawford’s shots, then he could continue to give Crawford fits in spots and go the distance, ultimately losing a decision while making it a competitive fight along the way. If Indongo isn’t able to take a punch, however, he won’t be able to stand up to the accuracy of Crawford’s attack.

The former scenario seems most likely. Indongo will be tough enough to take Crawford’s punches and keep on trying, but he won’t have enough wrinkles to his game to get past the superior talent of Crawford.