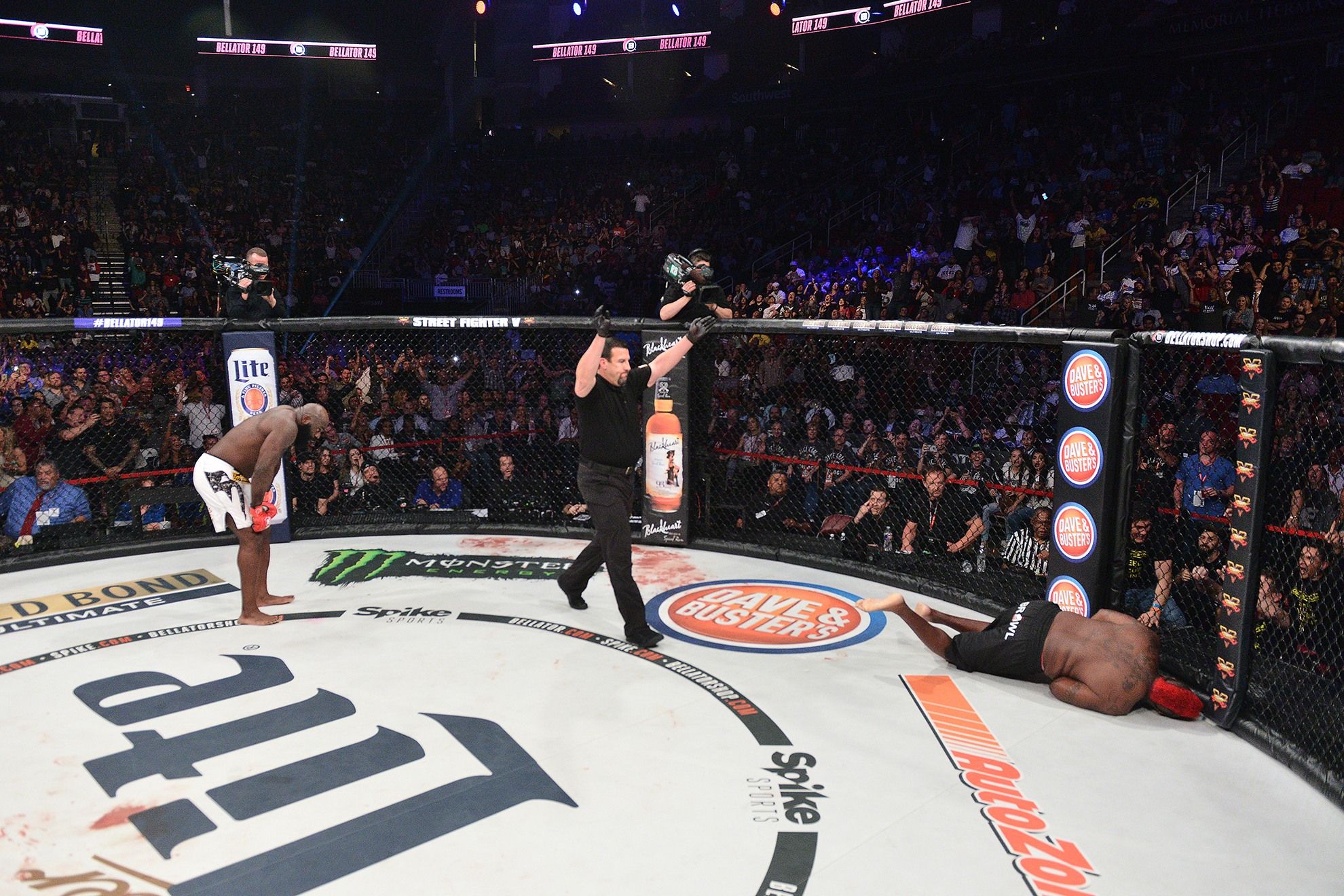 Bellator MMA’s ‘Freak-Show’ Fights: Third Time Was Not the Charm

Recently, Bellator MMA has come under some scrutiny for the “freak-show” fights that it has been putting on. These fights, which usually end up taking main billing over some of Bellator’s longstanding talent, have been able to produce the desired effect of bringing eyes to the organization. Usually when these events happen, Bellator has done a pretty good job of putting up-and-comers on the main card to get more exposure and expand the fan base. So let’s take a look at the last three of those events — Bellators 131, 138 and 149.

Bellator 131 had a pair of UFC veterans, Tito Ortiz and Stephan Bonnar, matched up. Both men were on significant backslides in their careers. Outrage immediately became evident when this fight was booked on top of a lightweight title rematch between former lightweight champion Michael Chandler and the reigning interim lightweight champion at the time, “Ill” Will Brooks. The fight really catapulted Brooks into the public eye, but it’s hard to deny that the reason fans were watching it was because they were waiting for the main event.

Also on the card, Muhammed “King Mo” Lawal took on an overmatched Joe Vedepo and exciting kickboxing standout Joe Schilling fought Melvin Manhoef. With the exception of the main event, which ended with Ortiz getting the split-decision nod, this was a great card to showcase some of the talent that Bellator’s “other guys” had to offer. This was well done.

Bellator 138 featured the return of backyard brawler Kimbo Slice and former UFC competitor and MMA legend Ken Shamrock. Again, a championship bout, one featuring the reigning featherweight champion of the time, Patricio “Pitbull Freire, against Daniel Weichel, was relegated to co-headlining status while Slice and Shamrock took main billing. Shamrock almost pulled off the submission win against Slice with relative ease before succumbing to strikes. More people watched Pitbull fight on that night than had ever watched him before. Was it because of the skill of the two men involved? Maybe. Or was it really because many were just waiting to see the main event? Bellator again was very smart to stack the main card with some of its best fighters, including current featherweight champion Daniel Straus, former lightweight champion Chandler, Derek Campos and Bobby Lashley. It’s fair to say that Bellator did a great job with this card as well.

This weekend, there was Bellator 149. To anyone who watched Bellator 149 this past Friday, you know what I am about to say.

In the co-main event, fans watched Dada 5000 and Kimbo. Nobody was surprised when the fight went exactly the way it was supposed to. What fans were subjected to was two sloppy, seemingly out of shape men — calling them fighters would be a gross exaggeration — just pot-shotting each other until exhaustion, and not a punch, put one of them down. (That man, Dada 5000, even suffered post-fight health complications that only further underline the problem with some of these “freak-show” fights.)

In the main event, fans were able to see a trilogy match 20 years in the making when Royce Gracie took on Ken Shamrock. The fight started off at a distance and never made it to the ground, where everyone thought it would eventually end up. Gracie hit Shamrock with a knee to the groin and a subsequent knee to the head, thereby finishing the “World’s Most Dangerous Man” in the first round and picking up his first win by TKO in his lengthy career.

So, Bellator hit a home run with this one right? Wrong. The main card just didn’t have the same appeal that the previous two cards had. Bellator showcased Melvin Guillard, a former UFC and World Series of Fighting competitor, but he was on the wrong side of an incredible knockout at the hands of Derek Campos. The first fight between former Bellator light heavyweight champion Emanuel Newton and Linton Vassell was a great back and forth with a title on the line. Their rematch? Completely unnecessary. If it would have been a title rematch, it would have been a different story. The only real showcase that Bellator had on the card was Emmanuel Sanchez vs. Daniel Pineda, which turned out to be a great back-and-forth fight.

Bellator put way too much stock into the co-main event between two guys who should not be fighting anymore, let alone on national television. Yes, Kimbo has notoriety and “street cred,” but his fight with Dada 5000 was awful. Awful, awful, AW-FUL.

Bellator’s last two events showcased a title fight as the co-main event and, even with the backlash, the combination of freak show and legitimate fights produced results. Without the title fight and a roster of fighters neglected, Bellator really struck out with its most recent effort. Add in the controversy in the main event and Dada 5000’s post-fight medical scare, and this really wasn’t a win for the promotion or the fans.

Bellator putting on a trio of “freak-show” fights was a good idea, but this should be the last one unless — and I have to really emphasize this — the company does a better job of matching up the opponents in the main event and compiling a full main card of fighters who need the eyes of the fans on them.