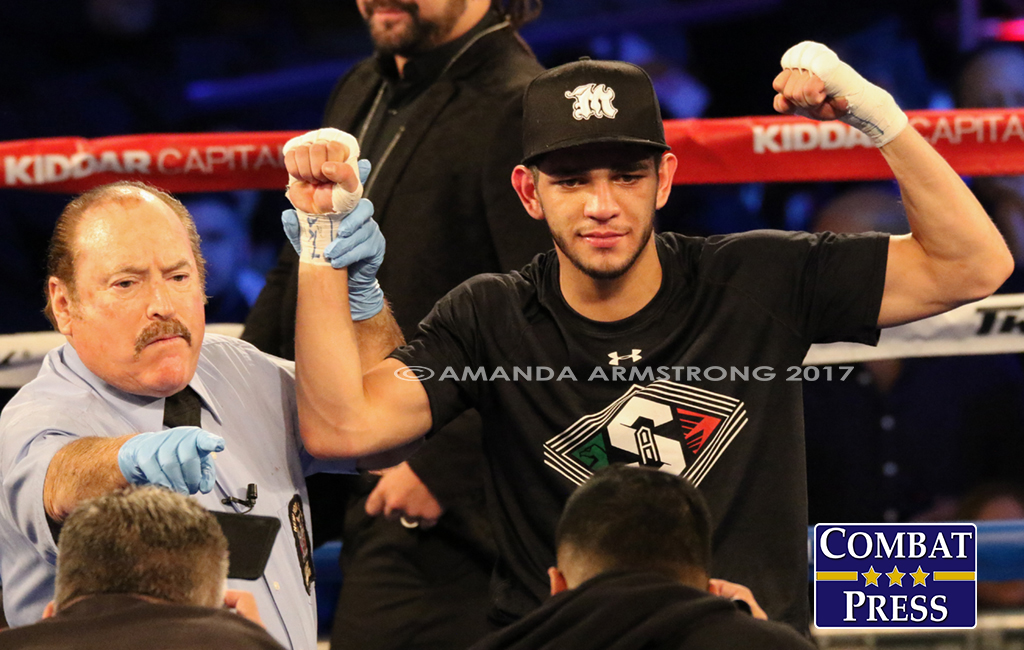 On Friday, March 17, the Theater at Madison Square Garden was the venue for Top Rank Boxing’s Conlan vs. Ibarra.

Garcia took heavy shots early in the contest, but was able to hang on. Saucedo put Garcia on the canvas at one point in the round, but he was able to get up and make it to the second round.

In the second round, Garcia could not swap leather after a bombardment of punches from Saucedo forcing the referee to step in at the 2:42 mark.