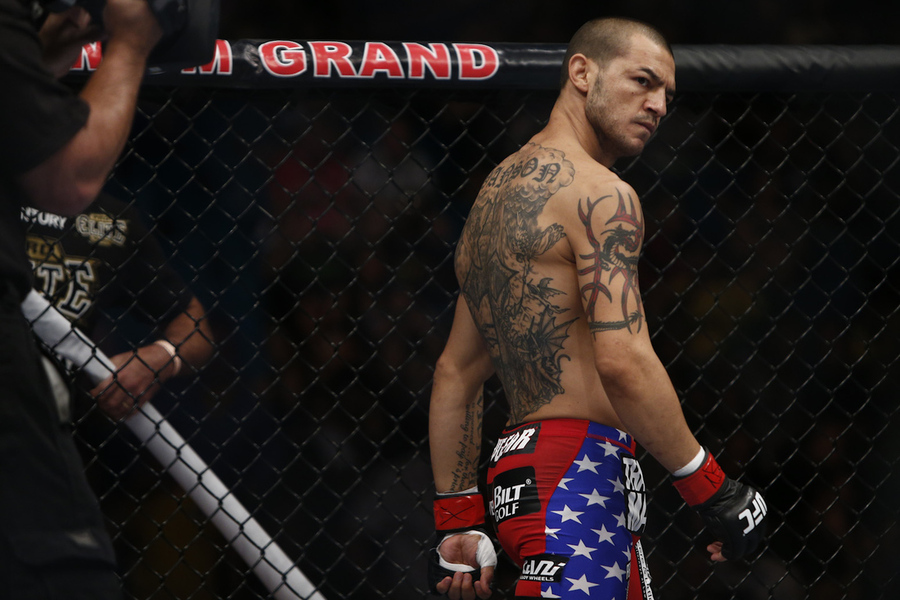 Cub Swanson and the False Hope of a UFC Title Shot

Speaking to Fox Sports following the UFC’s big “The Time is Now” event, White would virtually give away two title shots to two different individuals in the featherweight division.

“Everyone has been talking about Conor McGregor,” said White. “This kid burst onto the scene, and if he wins in Boston—and that fight is live and free on Fox Sports 1—if he wins that fight in Boston, we could be talking about a big fight with [featherweight champion] Jose Aldo.”

Although there hasn’t been any official “pen to paper” moment on McGregor facing Aldo next, it’s a virtual certainty if he gets past Dennis Siver. That would seem to leave out the winner of the upcoming Nov. 22 headlining bout between Cub Swanson and Frankie Edgar. Making sure not to forget that he has a high-profile featherweight clash on tap, White convoluted the already muddy situation even more.

“Cub Swanson has been screaming for respect and for us to show him the love,” said White. “He’s taking on Frankie Edgar … and yes, if Cub Swanson wins this fight, we did tell him we would give him a title shot.”

So it would seem the UFC has put itself in quite the predicament should Swanson and McGregor both find their hands raised. With six straight wins in the Octagon and four of those coming via KO/TKO, Swanson arguably has the better resume of the two. McGregor has the longer winning streak—he hasn’t lost since 2010—but he has only competed in the UFC on four occasions. However, what McGregor lacks in Octagon experience, he more than makes up for with bravado. Despite the UFC’s constant attempts to force-feed the Irishman down everyone’s throat, McGregor has organically emerged as one of the sport’s biggest stars in an incredibly short amount of time. It’s pretty telling that the guy can pull this type of reaction while competing on foreign soil.

With McGregor seemingly on the fast track to a title shot, do White’s words of a promised title shot mean anything for Swanson? Probably not. How many times have we seen White promise a title shot, only to go a different route? White ultimately is a promoter and his job is to make the next UFC event feel as if each event is extremely relevant to the title picture. He is also interested in creating fights that fans want to see and will pay to see, and anyone with any sense knows which of those two factors is most important.

That’s exactly why the UFC’s bromance with McGregor has completely negated whatever happens inside the cage between Swanson and Edgar. Swanson has been guaranteed a title shot, but that isn’t going to happen unless McGregor loses to Siver in January. McGregor is set to make both himself and the company a lot of money in terms of pay-per-view buys and at the gate with a potential showdown against Aldo. Are we to believe the company would really pass up on that golden ticket for Swanson, a guy who has all the fighting prowess in the world but has nowhere near the drawing power of McGregor? The UFC may be attempting to play on the middle of the fence in this conversation, but eventually the time is going to come where the company has to pick someone for Aldo.

Even more confusing is the fact that the UFC has seemingly ignored Edgar in this cloudy title picture. White has made declarations promising Swanson and McGregor title shots if they win, but he has been quiet on the idea of Edgar getting another crack at Aldo. Despite the fact that Edgar is only riding a two-fight winning streak, he is a former UFC champ who gave Aldo one heck of a close fight and appears to be in the UFC’s good graces. Is he now just a pawn in the chess match of title shots for the UFC?

It honestly appears as though it’s McGregor’s world and we’re all living in it, something I’m sure the man would tell you himself. Regardless of whether MMA fans want to see the Irishman get his hand raised or watch him crumple to the mat in defeat, McGregor’s ability to draw a crowd cannot be denied. His ability to stir interest in the UFC product will almost certainly outweigh any performance Swanson or Edgar puts on inside the Octagon this Saturday. The UFC may try to sell fans on the possibility of their WEC hero Swanson getting a title shot with a win, but everyone knows the true future featherweight title challenger is competing on Jan. 18.