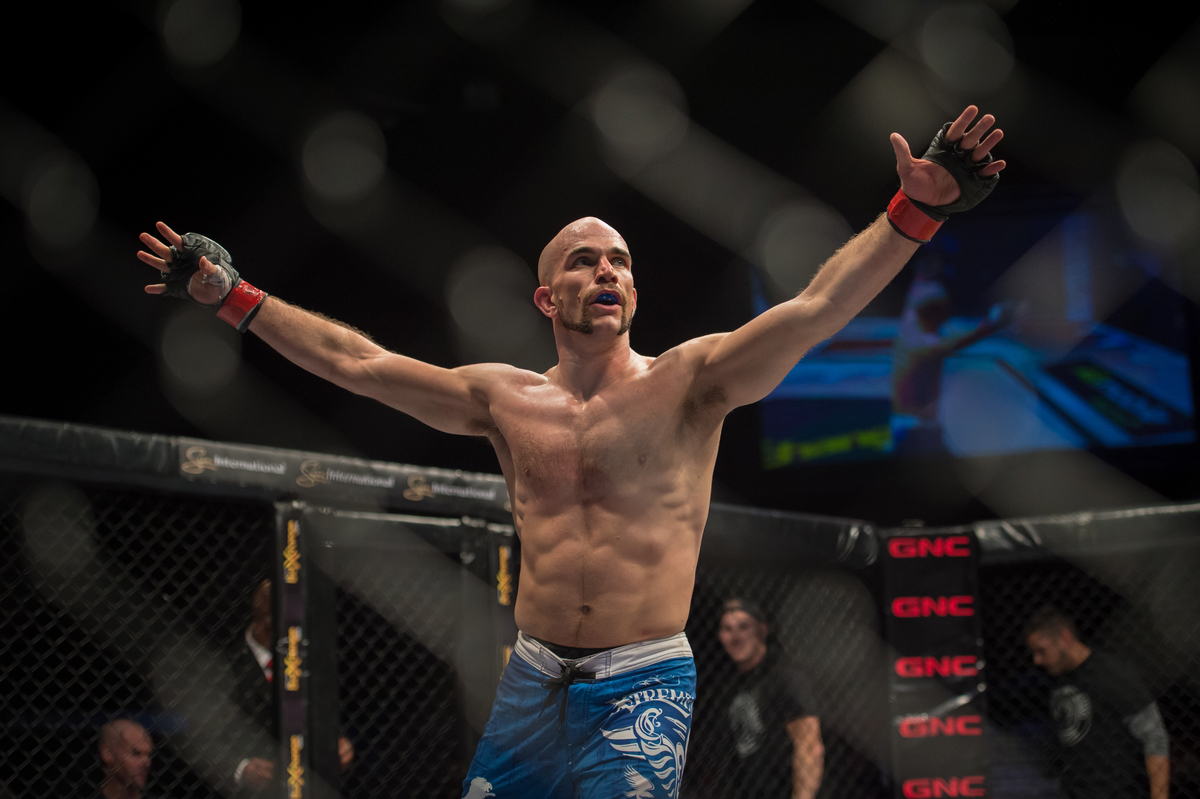 In the night’s main event, the promotion’s lightweight title was on the line as champion Leon Mynhardt faced off with Dave Mazany. The long-reigning champion Mynhardt captured the belt at EFC 25 and has defended it four times. He was, however, coming off a split-decision loss in a non-title affair against Boyd Allen at EFC 47. The American Mazany earned his crack at gold after stopping Sibusiso Mdoko by second-round TKO at EFC 42.