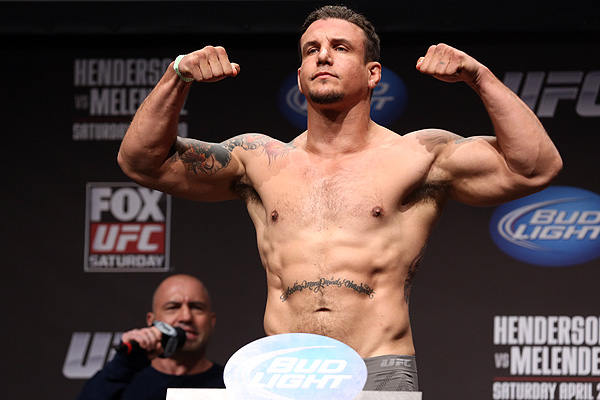 On Tuesday, July 14, the UFC will host the weigh-ins for UFC Fight Night 71: Mir vs. Duffee which takes place Wednesday, July 15, from the Valley View Casino Center in San Diego.

In the night’s main event, former heavyweight champion Frank Mir will take on knockout artist Todd Duffee. The 36-year-old Mir snapped a four-fight skid in February with a first-round destruction of Brazilian Antonio “Bigfoot” Silva. Duffee, meanwhile, has scored back-to-back stoppages since he returned to the promotion. All nine of his wins have come via knockout.

The co-main event features a lightweight clash between The Ultimate Fighter season 13 winner Tony Ferguson and former Strikeforce titleholder Josh Thomson. Ferguson has won eight of his nine Octagon appearances, including six before the final bell. The veteran Thomson will be looking to a snap a two-fight losing streak, having suffered split decision losses to Bobby Green and Benson Henderson in his last two outings.

The fighters will hit the scales at 7 p.m. ET on Tuesday. A live video feed appears above (courtesy of the UFC), while the results appear below.