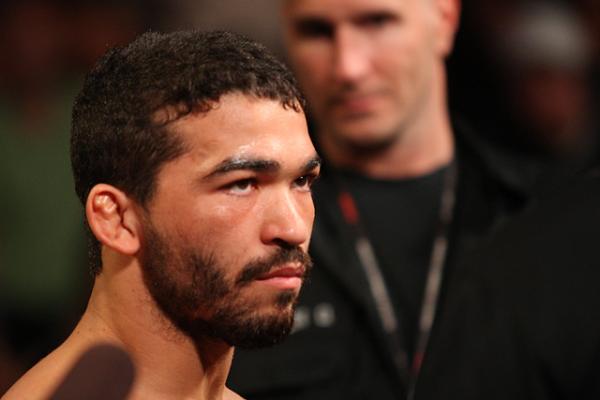 The first Bellator card of 2015 comes to fruition live at the Pechanga Resort and Casino in Temecula, Calif.

A featherweight title fight between champion Patricio “Pitbull” Freire and challenger Daniel Straus headlines Bellator 132. This is a rematch almost four years in the making. Freire and Straus last fought at Bellator 45, where Freire had his hand raised with a unanimous decision victory.

The co-main event is another fight at 145 pounds, as Georgi Karakhanyan makes his return to Bellator against prospect Bubba Jenkins. Karakhanyan is certainly the toughest test to date for Jenkins, and a win could vault Jenkins from prospect straight to legitimate threat in the featherweight division.

Rounding out the main card will be another rematch. Virgil Zwicker and Houston Alexander fought to a majority draw at Bellator 129 this past October, but now they’ll look to settle things in their second fight. Then, at welterweight, Marius Zaromskis returns against Fernando Gonzalez.

The main event is the second rematch on the Bellator 132 card. It comes almost four years after the first meeting between Patricio “Pitbull” Freire and Daniel Straus.

The first fight went in Freire’s favor, with Pitbull taking all three rounds. The first frame was very telling, as Freire was able to stop almost all of the takedown attempts from Straus. Even when Straus was able to get the fight to the ground, it only remained there for a few seconds. Freire was also able to control Straus very well against the cage to negate Straus’s best chance at victory.

Now, four years later, it comes down to who has progressed more in their career. Freire is undoubtedly that guy. His striking is really overwhelming and his experience overall is better than what Straus brings to the cage.

Straus needs to work his wrestling or land a knockout blow to win this fight. Straus failed in those areas in their first encounter, and Freire has only become a better fighter since then. I expect a lot more heavy strikes this time around, though. Since this now a five-round affair, Freire has more time to deliver the stoppage, and he’s likely to finish Straus in the championship rounds.

Freire by TKO in the fourth round.

Bubba Jenkins has a huge opportunity in front of him in his co-main event fight against Georgi Karakhanyan.

Jenkins has been at the prospect level for some time, and Karakhanyan is a good step if he wants to shed the prospect title and become a legitimate threat in Bellator’s featherweight division.

Jenkins is an All-American and a national champion NCAA Division I wrestler. Whether or not Jenkins wins this fight will depend largely on using that wrestling and taking the contest to the ground. Jenkins has rattled off four straight victories since a loss to LaRue Burley at the end of 2013.

Karakhanyan has faced a high-level wrestler before in Lance Palmer. Karakhanyan was able to win that fight, which is of great significance as he enters into this bout with Jenkins. Karakhanyan has 13 victories by submission and could very well tap Jenkins off his back or use a guillotine choke to help defend the takedown.

If Jenkins learns from Palmer’s mistake and doesn’t give Karakhanyan the space to sink in a guillotine, or any other submission for that matter, he should take this fight. Jenkins is a very good wrestler and should be able to land the takedowns necessary to get a unanimous decision in his favor.

This is the first of the two rematches on this card. Houston Alexander and Virgil Zwicker look to determine a definitive winner this time around after their last fight ended in a majority draw.

Going by the scorecards in that encounter, Alexander should have won by majority decision. However, he was deducted a point for what was a very blatant headbutt in the third round. It cost him the fight, and it could very well cost him a second fight here now that Zwicker will get a full camp this time, rather than the week of preparation he had for their previous bout.

Zwicker really made it a tough fight for Alexander. He was able to make it a back-and-forth, drawn-out war. Zwicker didn’t fall to a power shot from Alexander, and he avoided giving Alexander the chance to land a fight-ending blow. From how that fight played out, it’s not a stretch to say that this fight favors Zwicker more than Alexander.

Alexander needs to land a knockout blow in order to win. The 42-year-old was able to take the first and third rounds of their first affair, but Zwicker just faded because he was not fully ready for the fight in terms of conditioning. However, Zwicker had the second round, where he was able to dictate the fight and bring Alexander down. A full camp this time around should be enough to give the edge to Zwicker, who will win this fight by unanimous decision.

Marius Zaromskis returns to action against Fernando Gonzalez in a tough match-up to open the main card.

Gonzalez has been surprisingly good under the Bellator banner. The 31-year-old has two fights in Bellator and both resulted in victories. One of those was a decision win over Karl Amoussou and the other was a knockout of Karo Parisyan. Those are two very tough fights to win on Bellator’s roster.

Zaromskis could certainly be the third guy to fall to Gonzalez. Gonzalez has done very well at dictating the fight in his two appearances for Bellator, and Zaromskis has only one real way to win this fight: on the feet. Gonzalez has the skills to get out of Zaromskis comfort zone, though.

Zaromskis is going to have to keep this contest on the feet if he wants to win. The 34-year-old has lost a few steps in the past few years and has only fought three times since October 2012. That’s just over two years and only three fights, and two of those were losses to Brent Weedman and Andrey Koreshkov.

Gonzalez really showed what he’s capable of doing in his two victories, and Zaromskis is starting to glide down the hill in is his career. Gonzalez by unanimous decision.