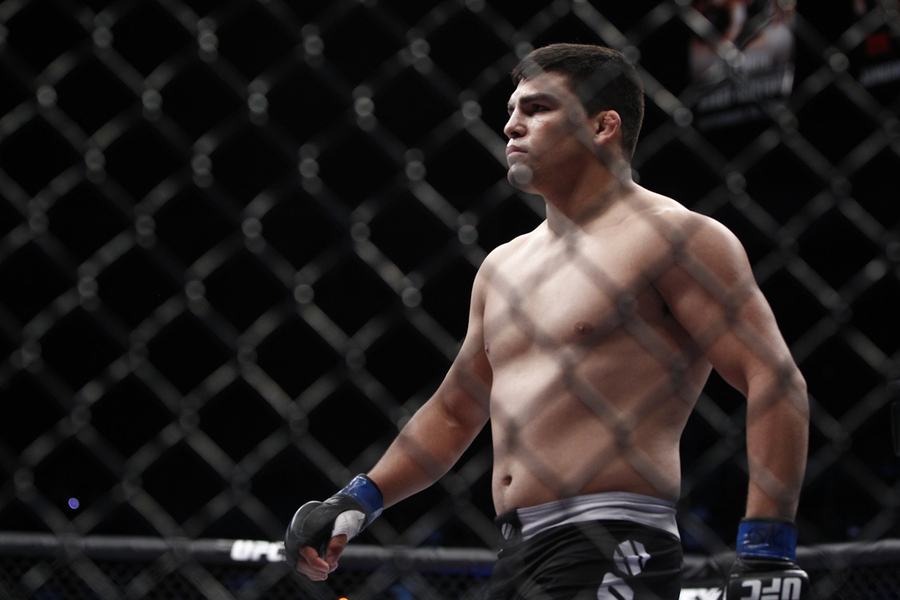 On Saturday, Nov. 15, the UFC hosted UFC 180: Werdum vs. Hunt from the Arena Ciudad de Mexico in Mexico City.

In the main event of the evening, the promotion crowned an interim heavyweight champion as Brazilian submission stalwart Fabricio Werdum locked horns with New Zealand knockout artist Mark Hunt. Werdum was originally slated to face UFC heavyweight kingpin Cain Velasquez, but a knee injury sidelined the champion. The 37-year-old Werdum had reeled off four straight wins since returning to the promotion in 2012. Hunt, meanwhile, was unbeaten in six of his last seven Octagon appearances. The 40-year-old Kiwi had stopped seven of his 10 career wins by knockout.

The co-main event featured The Ultimate Fighter 17 winner Kelvin Gastelum against the hard-hitting Jake Ellenberger. Gastelum carried an unblemished, 9-0 record into the bout. Ellenberger was looking to get back in the win column after dropping back-to-back fights to welterweight contenders Robbie Lawler and Rory MacDonald.

Above are video highlights of the main card bout between Gastelum and Ellenberger (courtesy of the UFC).