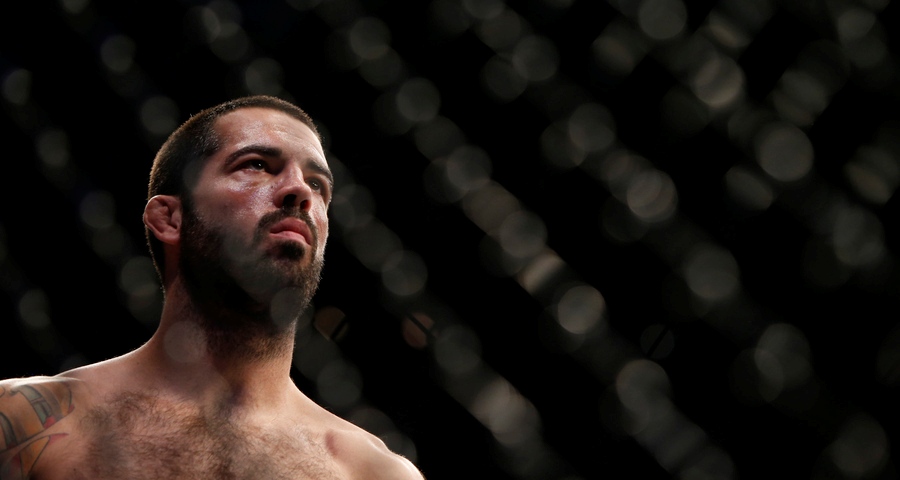 The UFC’s return to Colorado has a headliner.

During the promotion’s The Time is Now press conference on Monday, UFC President Dana White revealed that welterweights Matt Brown and Tarec Saffiedine will tangle in the main event of UFC Fight Night 60 on Saturday, Feb. 14 in Broomfield, Colo.

Brown enters the contest looking to bounce back from his first loss in three years. The 33-year-old saw his seven-fight winning streak snapped by current No. 1 contender Robbie Lawler at UFC on Fox 12 in July. Prior to that, Brown had stopped six of his previous seven opponents by some form of knockout.

Saffiedine, meanwhile, will look to regain the form that helped him capture the Strikeforce welterweight title. The Belgian fighter also saw a lengthy winning streak come to an end recently, as he was stopped by Rory MacDonald in October.

UFC Fight Night 60 takes place from the 1STBANK Center in nearby Broomfield, Colo. It will mark the promotion’s third visit to the venue, having previously hosted UFC on Versus 1 in March of 2010 and UFC Fight Night 13 in April of 2008. The Versus event saw now-champion Jon Jones establish himself as a contender in the light heavyweight division with a brutal finish of Brandon Vera, while Kenny Florian helped put himself on the map with a TKO win over Joe Lauzon at the 2008 event. The venue also hosted WEC 51 in late 2010, which featured current UFC featherweight champion Jose Aldo against TUF runner-up Manny Gamburyan.

The UFC Fight Night 61 main card will air live on Fox Sports. The Brown-Saffiedine contest joins a previously announced contest between welterweights Brandon Thatch and Stephen Thompson, as well as featherweights Cole Miller and Max Holloway, and a pair of flyweight bouts featuring Zach Makovsky vs. Tim Elliott and Ray Borg vs. Chris Kelades. More bouts for the card are expected to be announced in the coming weeks.