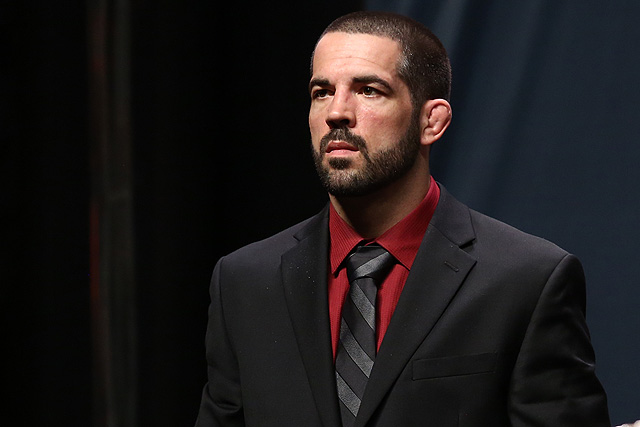 UFC Norfolk proved to be a good night for a couple of true veterans. Matt Brown and Clay Guida both looked impressive at UFC Fight Night 120. Perhaps most surprisingly, neither mentioned retirement either.

Heading into his fight against fellow UFC veteran Diego Sanchez, Brown had hinted that this would in fact be his last fight. However, “The Immortal” didn’t address the elephant in the room in his post-fight victory interview with UFC commentator Jon Anik. All it took was one murderous elbow to silence those thoughts.

As for Guida, retirement couldn’t be further from his mind. The veteran took to the mic and took control of his career, so to speak, in his post-fight speech. He demanded that UFC President Dana White and the UFC brass re-sign him.

MMA is a strange and unpredictable sport.

All of the sudden, we’re talking about “The Carpenter” again and if he has it left in him to make a serious run at the title. Ever since Guida decided to trade in his winter coat for all year tank tops and move his camp to Team Alpha Male, he has looked like an entirely new fighter. Guida used to be one of those lay-and-pray guys, an elite wrestler with a lack of fight-ending ability. Not any more. Now, he has some serious hands, as Joe Lauzon can attest.

In all seriousness, what is next for Guida?

Well, he really has left the UFC no other choice but to re-sign him. He has never looked better in his time with the promotion, and his name still has some value. The Illinois native is unlikely to make a run at the title, but he could land a coveted Fox main-card fight in the future, perhaps when the UFC comes back to Chicago.

Brown, on the other hand, is a different story. If the longtime UFC mainstay decides that he still wants to fight, he probably won’t see a run to the title either. However, as we saw last weekend, he can still knock anyone out cold in the welterweight division. Brown could settle into the role of a spoiler if he’s up against a young up-and-coming contender. Brown might be the guy to end some hype trains. He has played this role in years past, most notably against Erick Silva.

It’s refreshing to watch these elder statesman of the UFC have sustained success. Neither man can entertain realistic title aspirations at this point in their career, but neither guy is ready to hang ‘em up either.